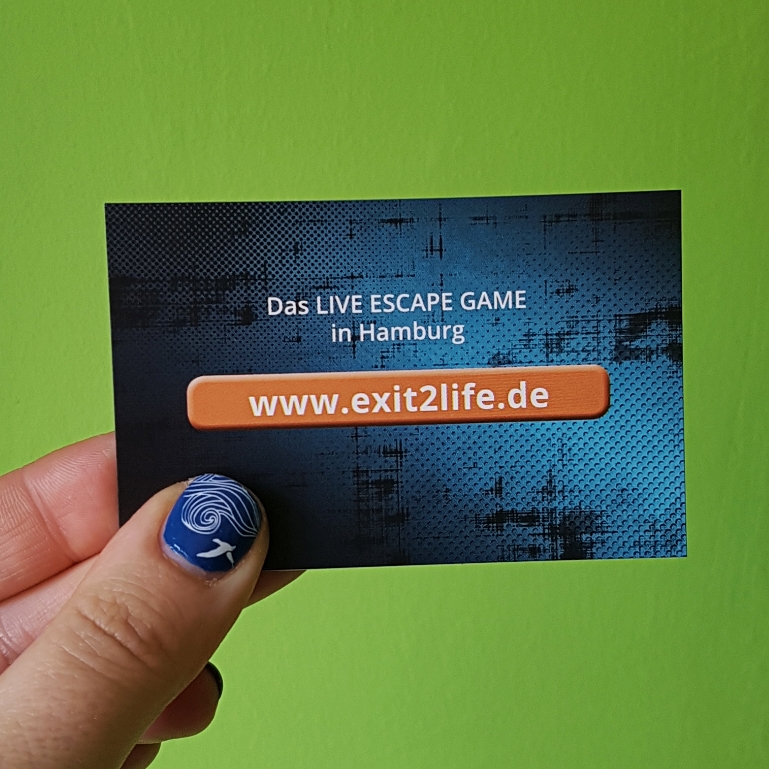 During a trip back to Germany, I got to introduce my family to escape roomage by booking us all in to try out Exit2Life in Hamburg. While the name of this company is somewhat weird for those of us who speak English well, and almost sounds like a bit creepy, this is quite a big company with a variety of rooms and fairly high customer ratings. We booked in for Miami and Miami Reloaded so all of us would have a similar experience and could compare afterwards.

FYI all the rooms are set out to be bilingual with clues written in German and English. While most of the translations seemed very accurate, some of the English clues make the solution much more obvious and easy than the original German clues. This means international escape afficionados will be able to play this room without any issues.

From the descriptions on the website I thought Miami and Miami Reloaded would be identical rooms, but they have slight variations. My team was in the Reloaded room, but I’ll keep this review spoiler-free as always, so it shouldn’t make too much of a difference.

The premise of the room is that you wake up in a strange room after a night out partying in Miami. You don’t remember how you got there, nor do you know where you are. You have to find your money, phone, and passport and leave for the airport within the hour to make your flight back home. A fun concept and one I haven’t seen used a lot.

We immediately set to task, splitting up to find clues and riddles. There is A LOT to do in this room, so everyone will easily feel involved and useful. Some of the puzzles involve electronic components, which is really fun and well done as well. Some are very straight forward find-the-hidden-objects games, some are more involved gather-information-from-several-places puzzles and some are skill and logic tests. There’s a great balance of different puzzles and riddles to work with.

While the room looks nice, it’s also a little bit dirty and some of the props are very well used and could use a little update.

The Miami rooms are not linear and as such very well suited to larger groups. It was a fun experience, if a little easier than expected. A good beginners to intermediate room that doesn’t necessarily stand out in the crowd but is definitely a lot of fun to play.