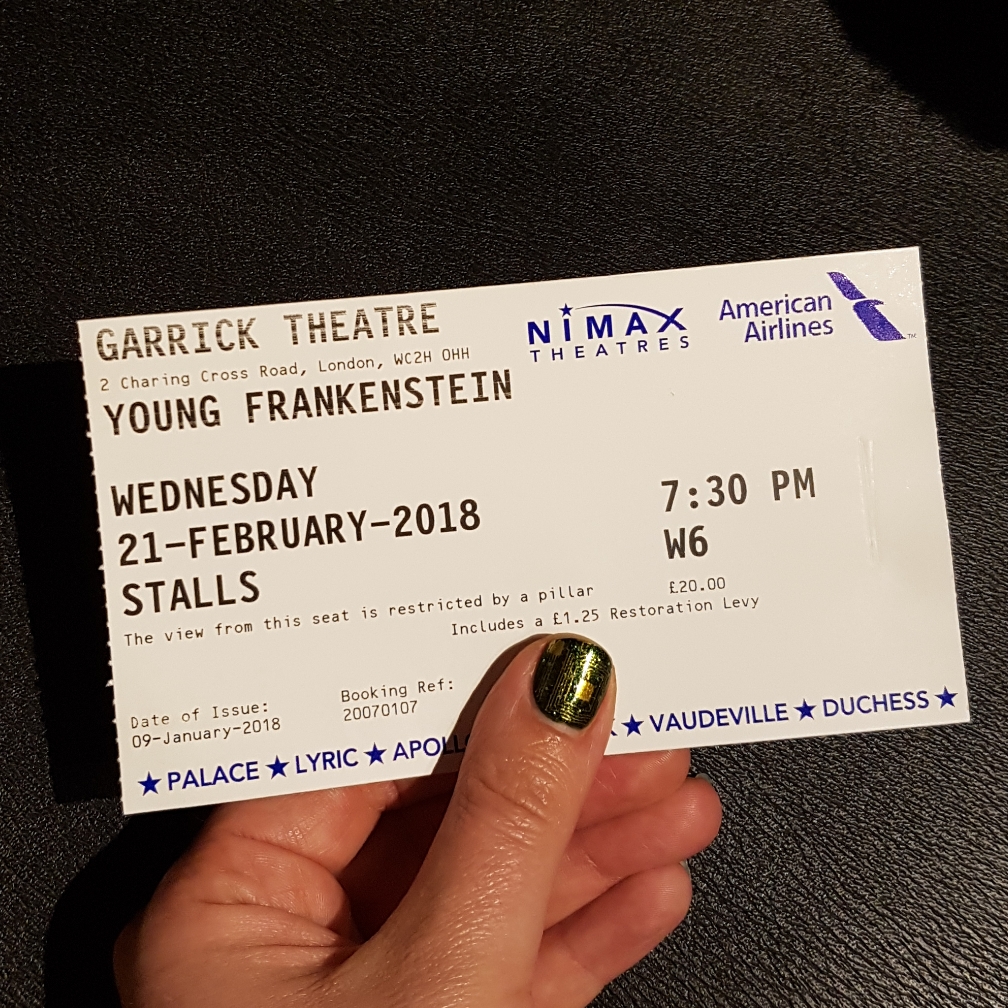 Being a fan of trashy-weird films, I had to check out Young Frankenstein during its run at the Garrick Theatre this year. I felt it really lent itself to being made into a stage musical, so I grabbed a couple of friends and went to see this farcical bit of light entertainment.

Tony-award winning director and choreographer Susan Stroman teams up with legendary filmmaker Mel Brooks to bring his musical comedy Young Frankenstein to the stage. An ambitiously bonkers undertaking with many opportunities to just go completely off the beaten path and try something random.

With a simple but delightful set design by Beowulf Boritt that absolutely conveys the B-movie vibe of the film, the stage leaves lots of room for the silly choreographies. Hadley Fraser plays a very convincing Frederick Frankenstein, who exudes the same vibe of self-doubt coupled with arrogance as the character in the original film and has fantastic chemistry with Inga, played lightfooted and giddily by Summer Strallen.

Cory English is a superb Igor, from the cooky movements to the hilarious interactions with the audience, he nails the character and brings so much joy to the stage, while Lesley Joseph surpasses the original film Frau Bluecher with her stunning performance. Everyone on stage seems to have such a great time, and that feeling definitely spills over to the audience. This production is so filled with laughs and excitement, it’s a perfect evening distraction.

I really enjoyed Young Frankenstein and can absolutely recommend it, especially for those who loved the film. But even if you haven’t seen it, give this comedic gem a go, no prior film knowledge required!