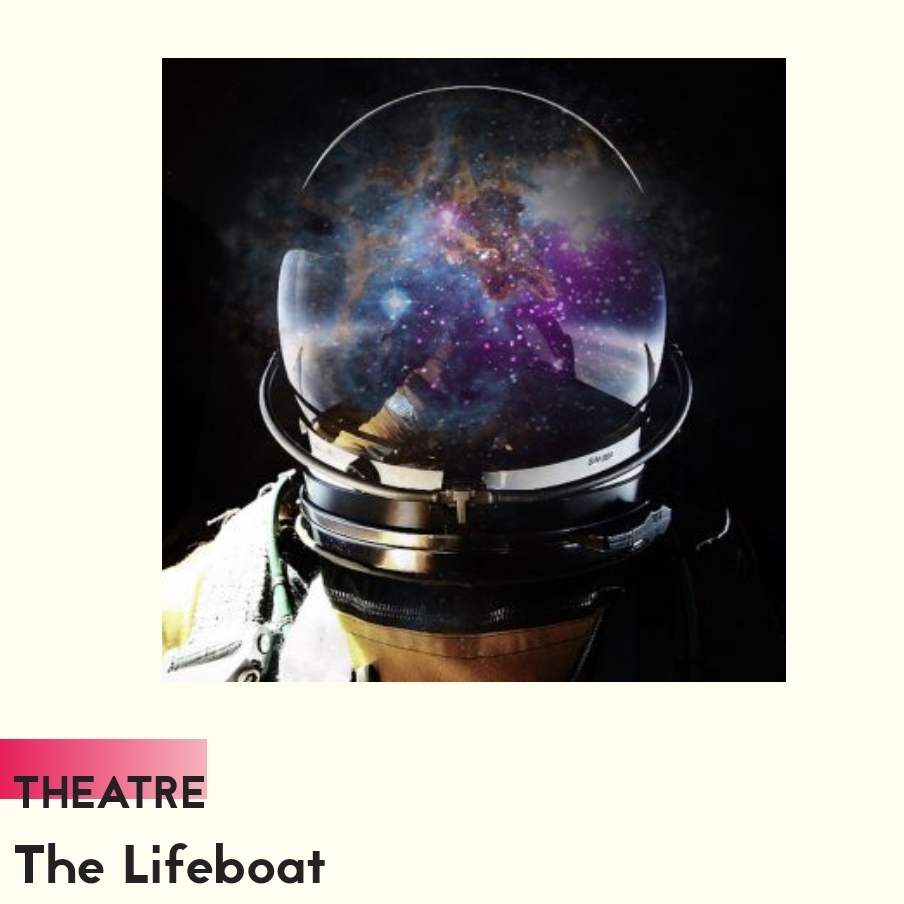 Part of the Vault Festival was The Lifeboat, an escape room experience based on sci-fi classics, so I had to get a small group together and try it out. As the Vaults are one of my favorite venues in London, I was pleased to find out that this escape experience was taking place in a smaller side venue on the other end of the graffiti tunnel. It’s a bit chilly waiting outside the Vaults entrance to be taken down to the Lifeboat venue, so dress warmly for this one!

One minute you’re sailing across the solar system, the next you’re banged up in the ramshackle hold of a Bounty Hunter’s ship. What else could go wrong…

The Lifeboat is an eight person escape room inspired by the great science fiction films of the seventies and eighties. Locked aboard a prison ship with a grim history of its own, you’ll need to scavenge for clues and crack devious puzzles if you’re to escape.

The oxygen supply is running low, the ship’s computer has lost its mind and that lifeboat won’t wait forever. Get out while you still can!

This pop up escape room, as stated above, holds up to eight people, there were only five of us in our group. Usually this shouldn’t be a problem for most rooms, but what we didn’t know up front was that we would be split into two team to compete with each other. This was never mentioned anywhere on the website and was quite a surprise for us. I think they should definitely make this clear in the description as there are people who are uncomfortable with competing like this, and we would definitely have aimed to get a larger group together. As it was, we were split into a team of three and a team of two and locked into very small wire-fenced adjacent cells.

It definitely felt crammed as the cells were extremely small and quite dirty as well. The space is dimly lit, so those with sight impairments might struggle to participate. Once we set to task, all of that was forgotten though as the puzzles were reasonably challenging and fun to work with. There is help provided as needed as each team has a host standing right by the wire door of their cell, nudging them into the right direction. As we had to build a replacement device to power the lifeboat, and this device consisted of four parts, progress was easy to track which I always appreciate in a game.

All puzzles in my cell were logical in themselves and worked well with the sci-fi space theme, though some of the props felt super flimsy. As it’s just a pop-up room and not a permanent one though, this can definitely be forgiven. The whole experience lasts just 30 minutes, which is on the short side for an escape room, but with it feeling cohesive and well thought out, the game itself is super fun and quite challenging even for experienced players. Newcomers might struggle to get through every puzzle in the short time though.

What bothered me more than anything was that we were rushed out so quickly after escaping. My team found the last component for our replacement part for the lifeboat, at which point we were immediately led out of the cell and ushered out of the room. The other team was let out as well, though they weren’t allowed to finish their game as we had won and thus ended the competitive game. After that, there was no de-brief and no time to chat about our experience, as we were thanked for playing and asked to leave so they could reset for the next team. I feel there should be a little more time on either side of the game to allow for debriefing and feedback, but as the 30 minute time slots were staggered so closely, the hosts had to rush to reset the room.

Overall it was a fun experience with just a few issues here and there. Mostly it should definitely be made clear that this is a competitive game where the group gets split into two teams, and allowing a little more time before and after the short game would be appreciated by many groups as well. The puzzles are well done but could use some sturdier props.