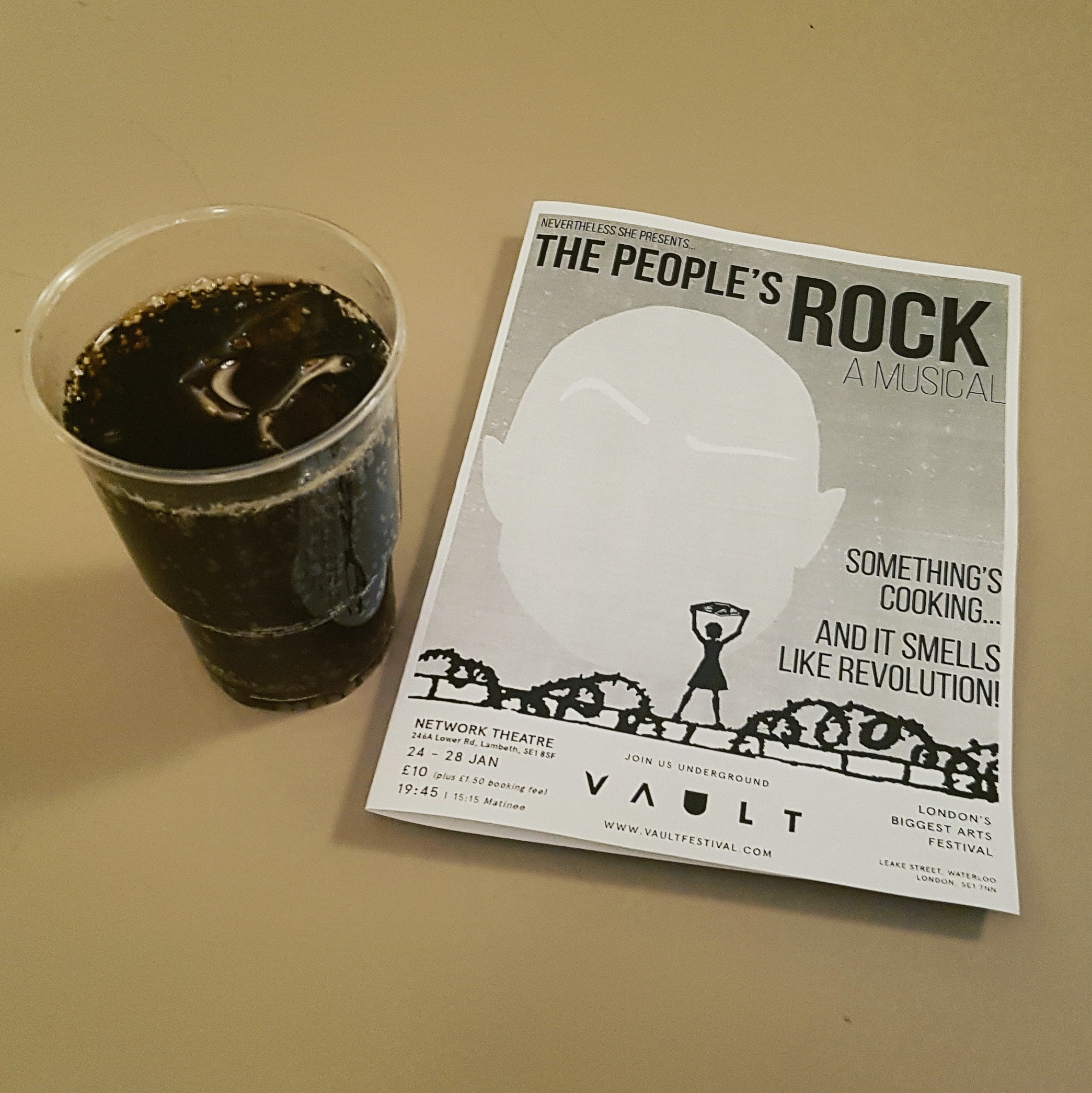 I love the Vault Festival as there are always such amazing shows on! Going simply by name, The People’s Rock by the women’s collective Nevertheless She, sounded like a riot, so I booked tickets and headed to Waterloo station to descend into the amazing underground tunnels of the Vaults.

Set in a dystopian future that references the “Make America Great Again” movement and the Trump presidency quite heavily, this beautiful mess of a musical has lofty ambitions. It is 2050, young Tee is super obsessed with Dwayne “The Rock” Johnson, who is ubiquitous in this bizarre world in which a radio mandates your daily schedule. Very 1984, this radio is voiced by Johnson (not really, but the voice is very well done) who guides Tee and her family through breakfast, morning workout, the call to work, and so on.

Tee is bubbly and excited and utterly oblivious to the political climate, while her grandmother seemed resigned and her brother works as a “Red Hat”, patrolling the wall. One morning Tee wakes up to find her beloved hero gone, while everyone else pretends he never existed. All her merchandise has been removed and replaced with generic items, everyone she speaks to simply acts as if they had no idea what she was talking about, even her family tells her to drop it.

Out of frustration and love for her hero, spurned on by a hilarious Dwayne Johnson puppet, Tee seeks to find out what happened and why people are playing along. She uncovers how frightening this new world is and learns that many more people have disappeared. It is time to start a revolution!

The music is quite pleasant, with nothing really standing out though. I really like how this troupe used very simple means to stage an interesting show. Sure, it’s still very rough around tyhe edges and needs some refinement with the songs and plot, but it’s a really fun romp to watch with much silliness, a lot to take in and think about, and an usual way of approaching a musical setting. I love the extreme fandom devotion utilized for this and the jarring dystopia hidden beneath. A great little production with a lot of potential!