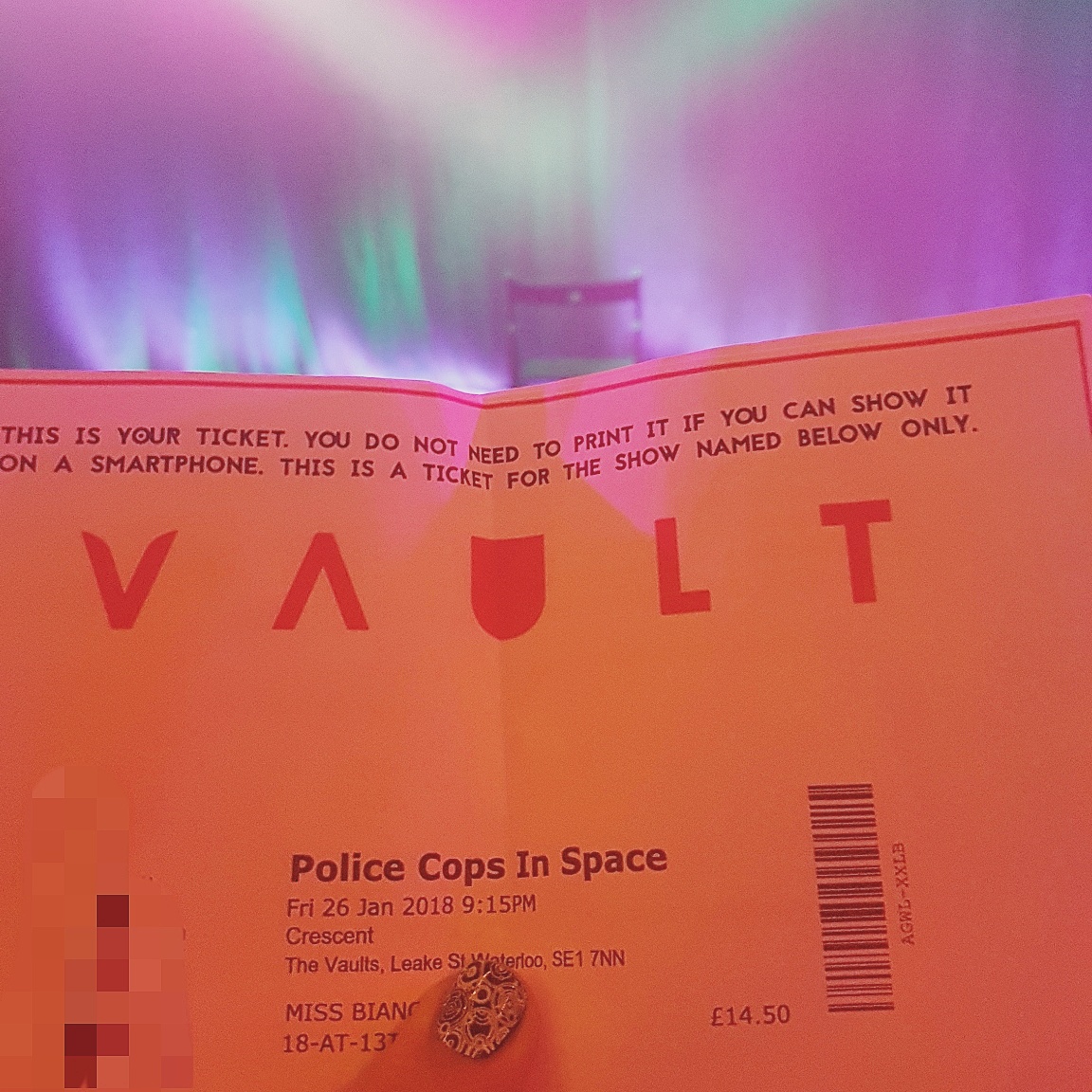 While scrolling through show names for this year’s Vault Festival I came across Police Cops In Space by The Pretend Men, which sounded like just my thing, so I grabbed a ticket and went on this wild ride.

This show is as silly as it sounds! We’re in the distant future where people live in space and robots have taken on a large role in society.  Sammy Johnson is the last Police Cop in the universe. He witnesses his father, the legendary Best Police Cop, being killed by an evil robot. Sammy escapes to another planet and is torn between drowning in despair and following his ambition of avenging his father’s death and becoming the Best Police Cop In Space! He assembles a team with his trusted robot sidekick C9 and the worst pilot in the universe, Ranger, to go on an insane journey through space.

This award winning theatre troupe created an unbelievably entertaining show here. With high energy, a plethora of sci-fi references, a noir and 80s-cop-show feel, and an insane amount of costume and character changes, there is not a dull moment in this laugh-a-minute production.

I absolutely loved the crazy scene changes and hilarious interludes, this trio really knows how to entertain people! Their humour is absolutely my wave length and I’ll definitely return to see another show by them, I can’t remember another show making me laugh as much as this one. Full marks for Police Cops In Space!