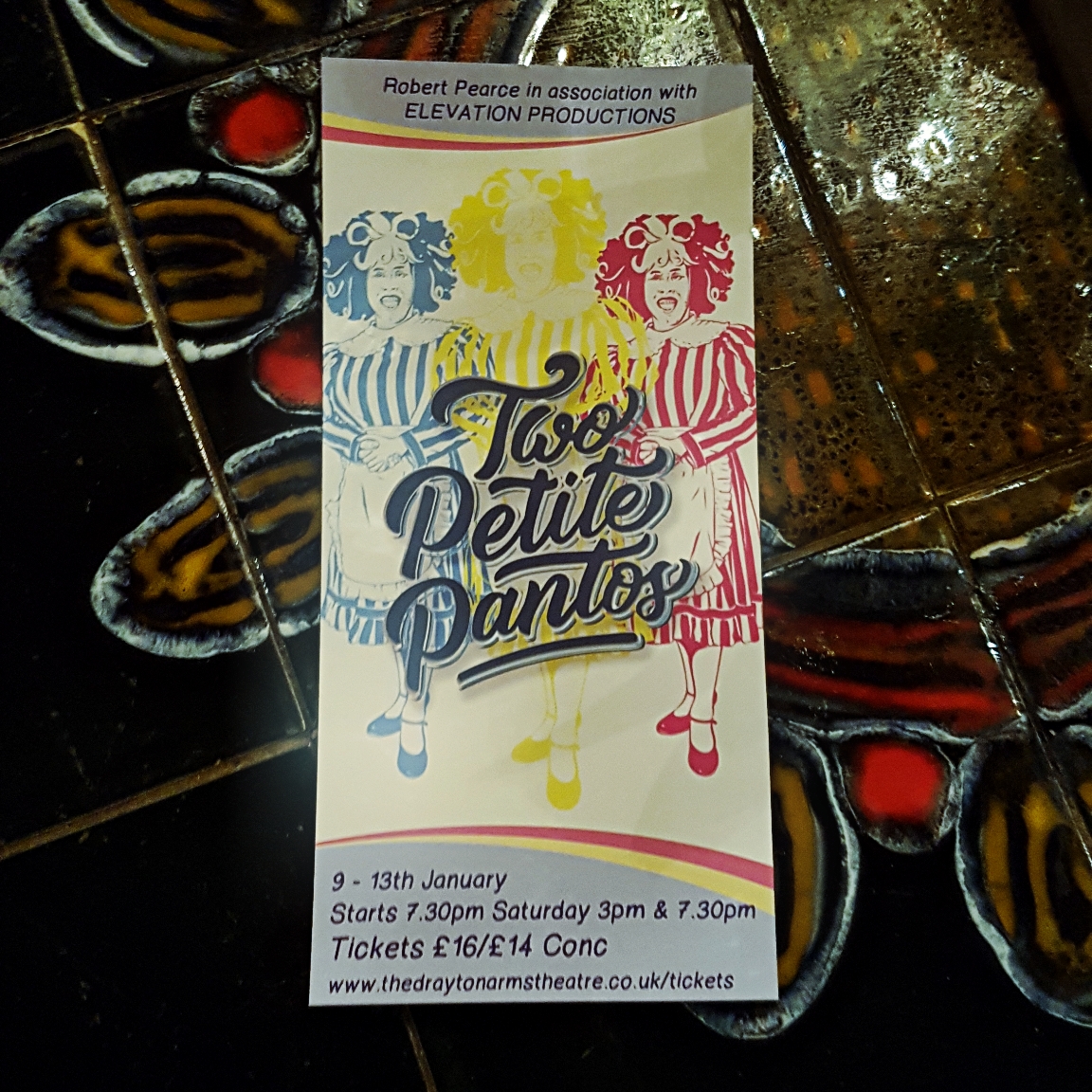 I don’t have the best track record with traditional pantos, as they tend to be quite “oldfashioned” in humour to put it mildly. Two Petite Pantos at the Drayton Arms Theatre was advertised as LGBT-friendly, so I figured I’d give it a shot. I’m glad I did!

Ant Payne and Robert Pearce join forces to present two classic pantos, Dick Whittington and Mother Goose, with a modern twist. Each panto is roughly an hour in duration with a short intermission between them.

Opening with Dick Whittington, shortened quite substantially, the troupe are off to a great start. Highly energetic actors, fun songs, silly mischief and of course the traditional panto interactions with the audience are brilliantly presented on a tiny stage with limited props and backdrops. A revolving box is used ingeniously to stand in for elaborate scenery changes and does the job not just very well, but entertainingly so!

The second panto of the night, Mother Goose, was very creatively rewritten and entirely different to any Mother Goose you’ve seen before. The evil Vanity turns out to be a Trump-style politician with a reluctant Mother Goose running against her in an election. A beautiful and modern romp full of glitter in which the audience of course decides who will win in the end.

A fantastic production absolutely worth seeing, every minute was delightful and renewed my faith in pantos being a medium of modern theatre that can be enjoyed.