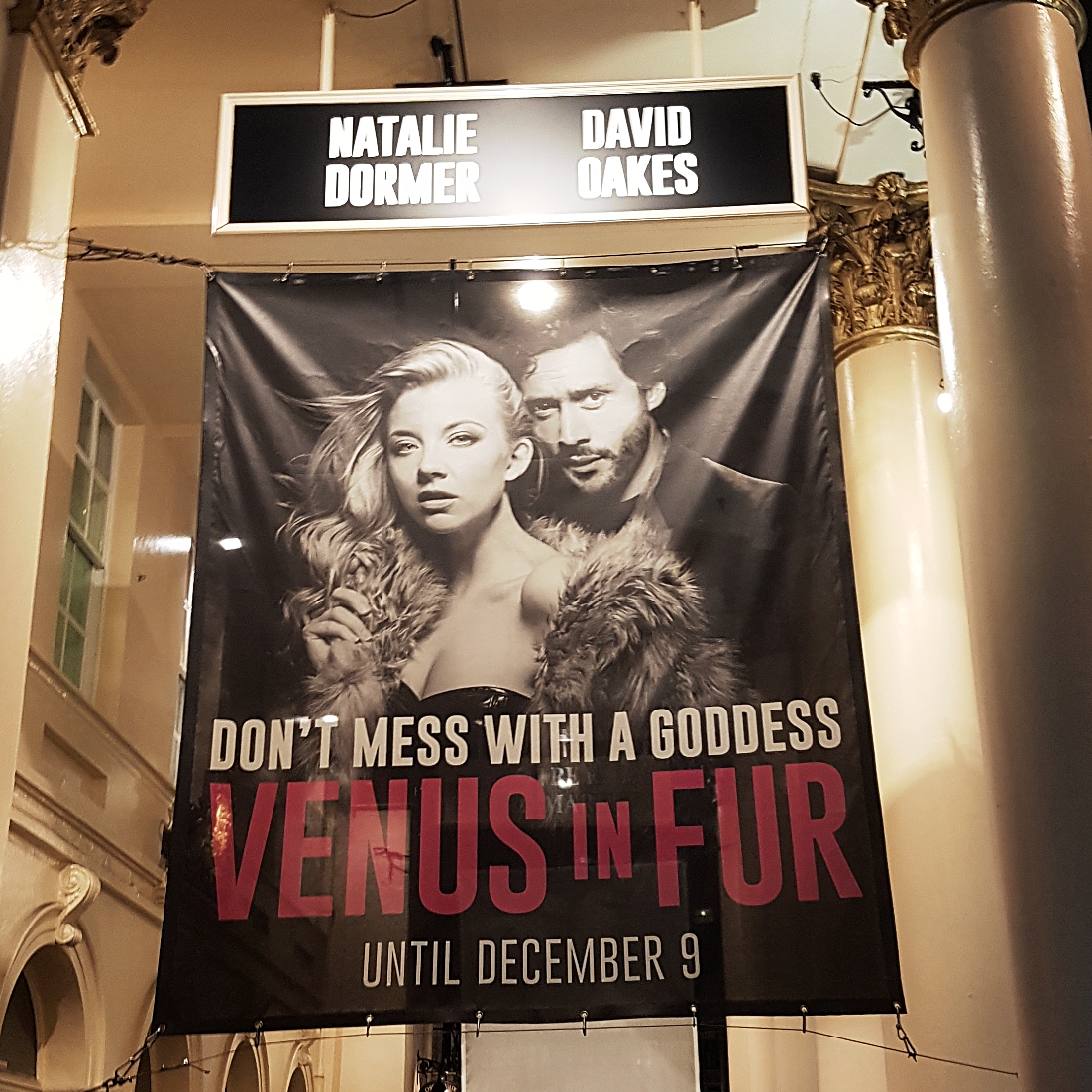 The Theatre Royal Haymarket hosted a run of David Ives’ Venus In Fur. With all the recent uncovering of misconduct in Hollywood, I was hoping this two-person play about sexism, wholly taking place at a casting, would have some alterations fitting with the times, but it stuck quite closely to the original play, premiered in 2010 Off-Broadway and in 2013 turned into a film by, perhaps quite fittingly, Roman Polanski.

Natalie Dormer plays the brash and assertive actor Vanda, who walks into writer-director Thomas Novachek’s loft long after the auditions for the lead in his new play have ended, yet insists on auditioning for it. Novachek, somewhat lack-lustrely portrayed by David Oakes, is adapting the novel Venus in Furs by Sacher-Masoch for his new play and seeking the perfect female lead for it, but is frustrated that none of the actors he has seen so far posess the necessary grace and sophistication he deems vital for the part.

Dromer absolutely stunns in her role, showing fantastic range and skill in her ever-changing role; starting off as a somewhat ditzy out-of-work actor who seems wholly unsuitable to the role she wishes to audition for, transforming into a lascivious seductress, and finally becoming a beacon of power and revenge in the name of all women the world over. She effortlessly slips from role to role, shedding and re-arranging her costumes as necessary. Though she never quite undresses, she brings sizzling sensuality to the stage and keeps everyone’s attention glued to her every move.

Oakes doesn’t fare quite as well, seeming unable to match Dromer’s energy and slipping into the background at times. Whether Patrick Marber meant to direct him that way or he just cannot match Dormer, Oakes’ Novachek is bland and absolutely not engaging enough to live up to the role, he doesn’t step up when it’s needed and leaves all the heavy lifting to Vanda’s stunning presence.

The play itself falls flat for me, seemingly questioning the objectification of women while in turn being objectifying, confusing power imbalance and abuse with sexual suspense, and overall just not bringing the plot to a decent conclusion. Wholly constructed to support the male gaze, the goddess raising to seek revenge at the end does little to rectify many of the problems of Venus In Fur, including the seeming confusion about whether it wants to be a comedy or a serious examination of masochism, sadism, sexuality, and power constructs between men and women.

While Natalie Dormer was a delight to watch, Venus In Fur is just not engaging enough to be a stunner, and definitely needs a few updates here and there despite being a relatively new play.