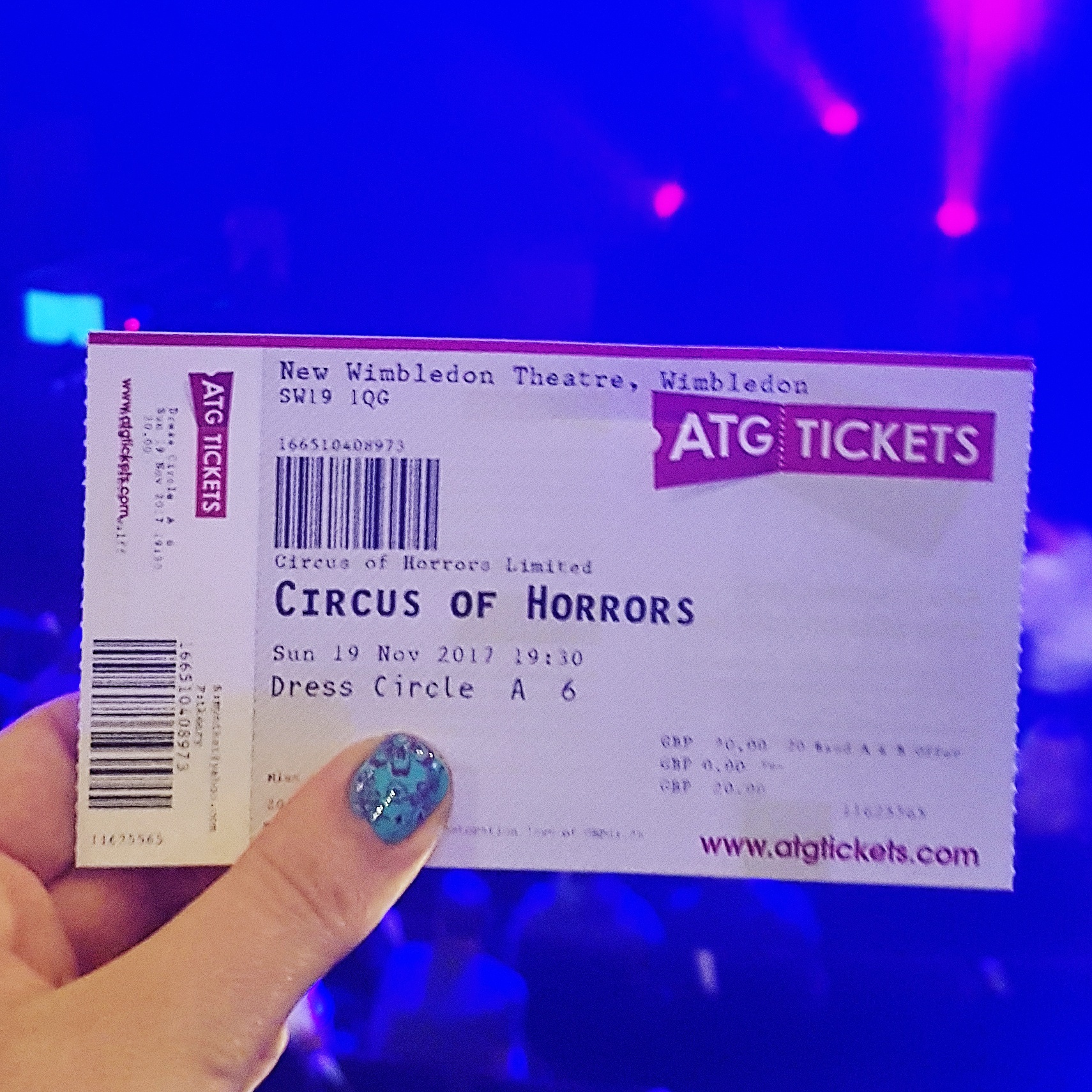 This seemed to be a bit of fun, campy entertainment, so I grabbed a friend and headed to Circus Of Horrors – Voodoo at the New Wimbledon Theatre. I had no idea how wrong I was…

As the name suggests, it is basically a circus, but with horror elements. What might have been called a freak show in the olden days and probably falls under the body horror umbrella today. At least that’s what I expected. What I got was a pathetic mishmash of racism and sexism with an aging, self-aggrandising ring master.

While many of the acts on their own are very very good and show impressive skills, the way this show is organised is dreadfully outdated and not up to modern day standards. The circus of horrors tries to tell a story, but miserably fails by cramming weird story elements between stunning acts, detracting from the individual performers. As the title might suggest, they went with a Voodoo storyline, so obviously they had to go for racist tropes by making the black dance troupe, who were undoubtedly the most skilled and stunning act in the entire show, sit in cages like wild animals, dance in animal skin outfits and, of course, not get a single chance to revel in the applause that they clearly deserved. As soon as their dance performance was over, often even before it was quite done, the ring master would rush them off the stage, stand in front of them or find another way to steal their ovations. The massive racism wasn’t even subtle, at the end of the show every single performer was announced and got a chance to receive cheers and applause from the audience. Except, of course, the black dance troupe, who didn’t even get one second of applause of their own as the ring master rude stepped in front of them to steal their cheers for himself.

Of course, the women in this show all had to wear extremely skimpy outfits that didn’t have anything to do with their individual acts, and the way the presenter talked about them was plainly disgusting. Especially from a ring master who seems to have no apparent skills other than being an old white man. Some of the acts seemed quite superfluous and so very outdated that I’m surprised they haven’t crumbled to dust in front of us.

I’m absolutely disgusted with how this show was presented. The vast majority of the performers on their own would have been fantastic to watch if they weren’t crammed into a racist, sexist shit show by a weirdly superfluous ring master. One star that is solely for the dance group who were stunningly amazing yet didn’t get any of the applause they so clearly deserved.