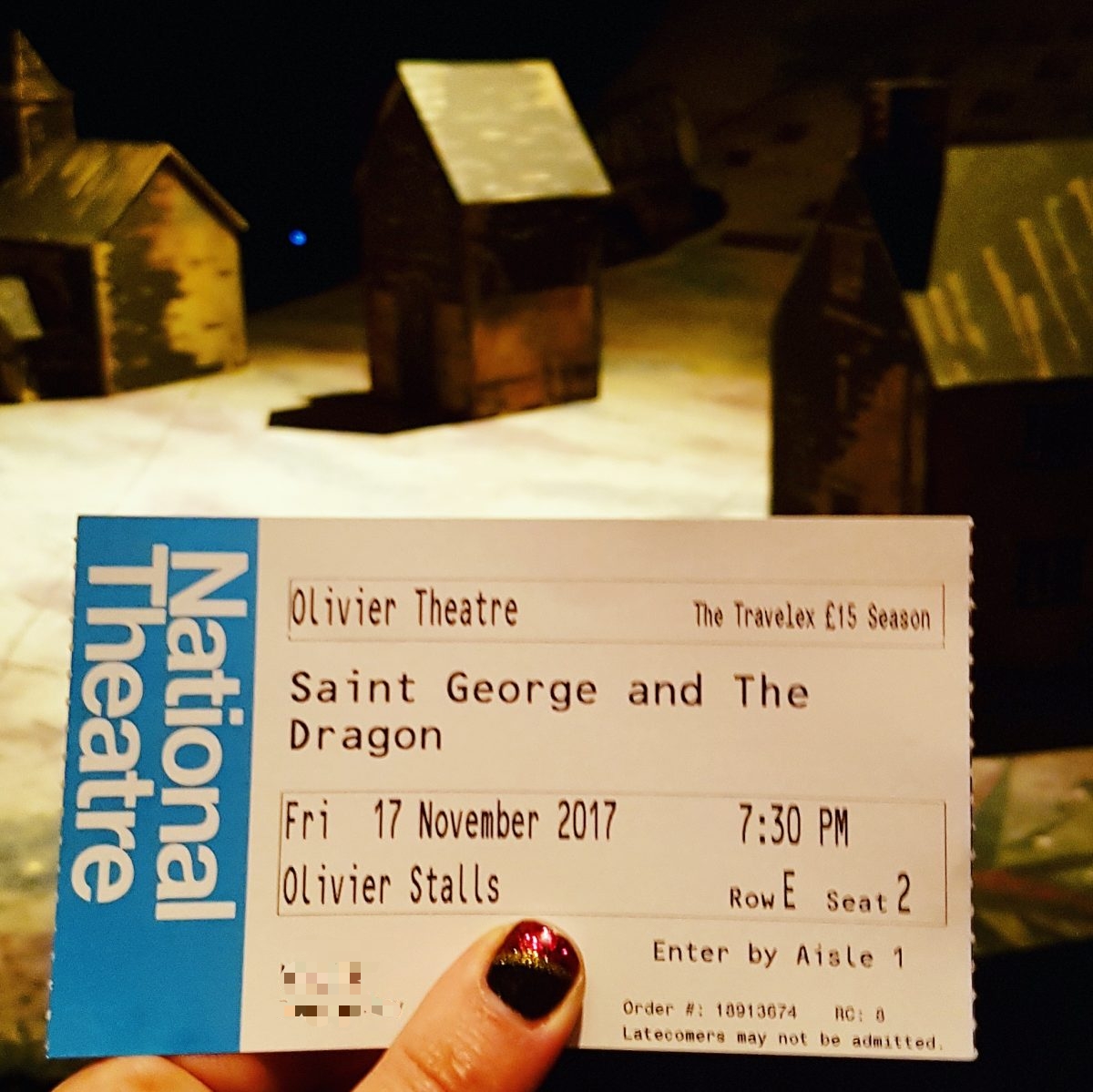 The new production of Rory Mullarkey’s Saint George And The Dragon at the National Theatre sounded intriguing, so I went to check it out.

Starting off in a tiny medieval village in England, John Heffernan’s Saint George sets out to fight a dragon. He unites the villagers against Julian Bleach’s looming dragon and seemingly slays the beast in a heroic fight. In the medieval village, the dragon seems to represent feudalist powers, but as George returns a year later, his once idyllic village has grown into an industrial era town, bustling with busy towns people who are under the thumb of their capitalist leader. The dragon has changed shape to once again terrorise the people of George’s home and he must set out to once again slay the beast.

As he returns victorious another year later, the town has grown into modern day London and the dragon has become a more symbolic force, now deeply embedded in each of the city’s inhabitants and much harder to fight.

It becomes obvious that Saint George, so brilliantly portrayed by John Heffernan, is a simile for the English spirit, this mythical force that supposedly enabled the English people to pull themselves up by their bootstraps, quite obviously neglecting the influence imperialism and colonialism had on this process and giving credit solely to the Island’s inhabitant’s ability to be hard working people with a big heart.

Bleach’s slightly silly yet threatening dragon is a stand in for the dividing forces that the English had to fight. Again, neglecting history itself and focus more on the view the English tend to have of themselves, it seems the dragon stands for the ruling classes in days gone by, and for the Brexit-spirit in modern day England, though wether it is a negative comment on modern day exclusionism, a yearning for imperialism to return, or simply a commentary on how the old English spirit has become redundant and antiquated in our modern times is not quite certain. The references seem vague and open to interpretation, though to me it drove home the point that how George, and by extension the English, sees himself is not what he actually was and certainly not what he has become.

It is certainly a very entertaining play, despite being quite long, incorporating preposterously silly scenes to lighten the mood and visceral moral implications to titlate the mind. Though what conclusions viewers are to take away from it seems hard to determine.

Rae Smith and Betsy Dadd created stunning designs and projections for the first two versions of the village/town, yet the design of the city is a bit too involved. It’s certainly a delight to watch, but the amount of hidden passages, moving buildings and glowing details can be overwhelming when sitting close to the stage. It became difficult to follow the movement of the dragon at this point and taking in the scenery seemed more interesting than following the plot at times.

Lyndsey Turner directs a wonderful production that is certainly not your standard fairy tale, but could use a little revision to make it more palatable. I very much enjoyed this play and some of the implications of the third, modern day, section. I’d recommend seeing it for yourself to make up your own mind.