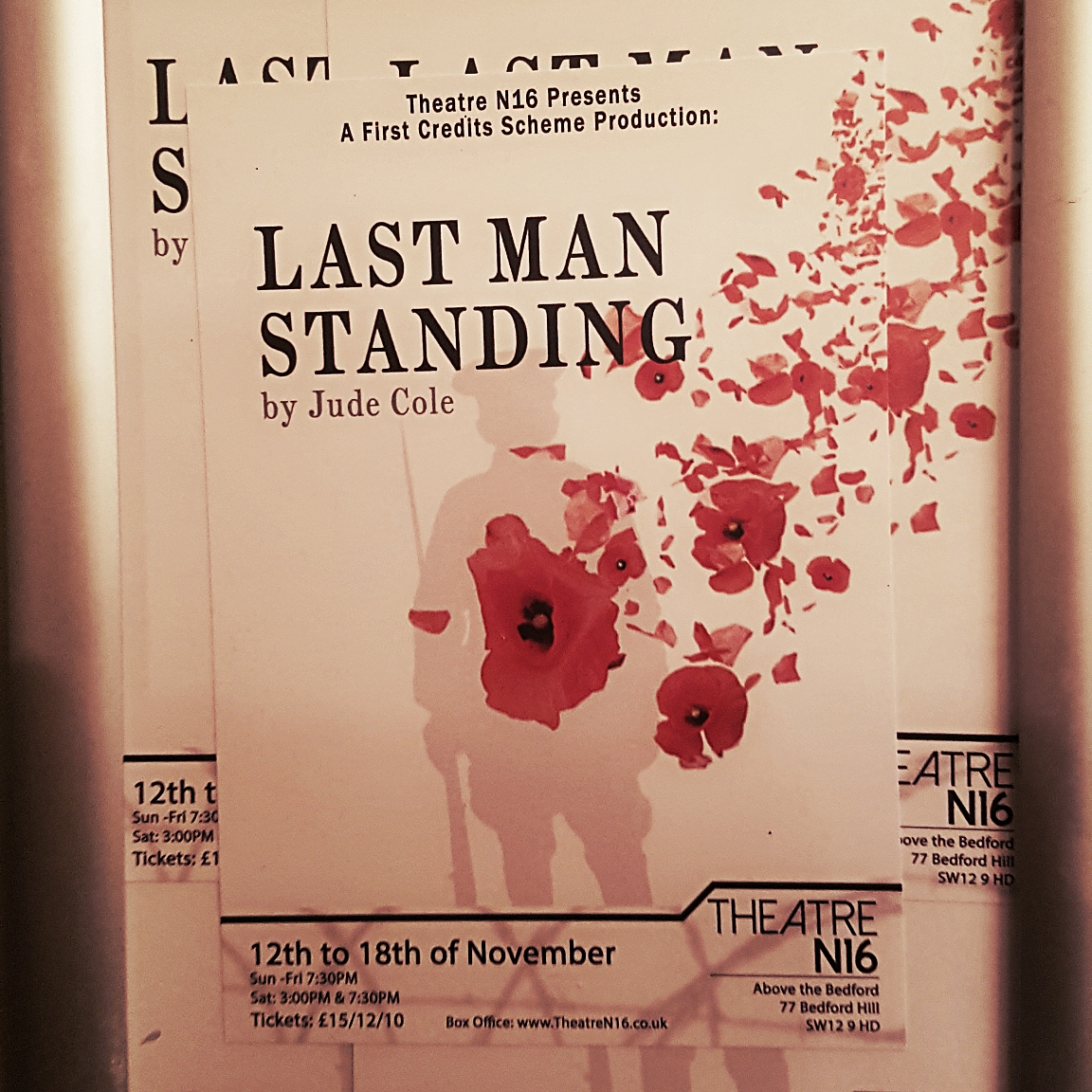 As part of their First Credit Scheme, Theatre N16 hosted a short run of Last Man Standing, a play about the struggles of young men and their families during World War I.

Set in a small English village, this play was written with year 11 students and aimed at 15 to 16 year olds. Tom and Edward are rivals in life, they are both in love with the same girl and their different backgrounds, Tom being a lowly worker, and Edward the squire’s son used to a more luxurious lifestyle, lead to tensions which they take with them to the trenches of the Great War. On the morning of 1st July 1916, the beginning of the battle of the Somme, these tensions lead to difficult decisions and devastating consequences.

Played by young actors, this play is jarring and deeply touching, bringing to light the plights and struggles of young soldiers during what is known as the bloodies battle in history with over one million wounded and killed soldiers. The simple stage design and darkness of the theatre make Last Man Standing seem intimate and close up.

A beautifully staged production that grips the heart and leaves a heaviness in your heart.