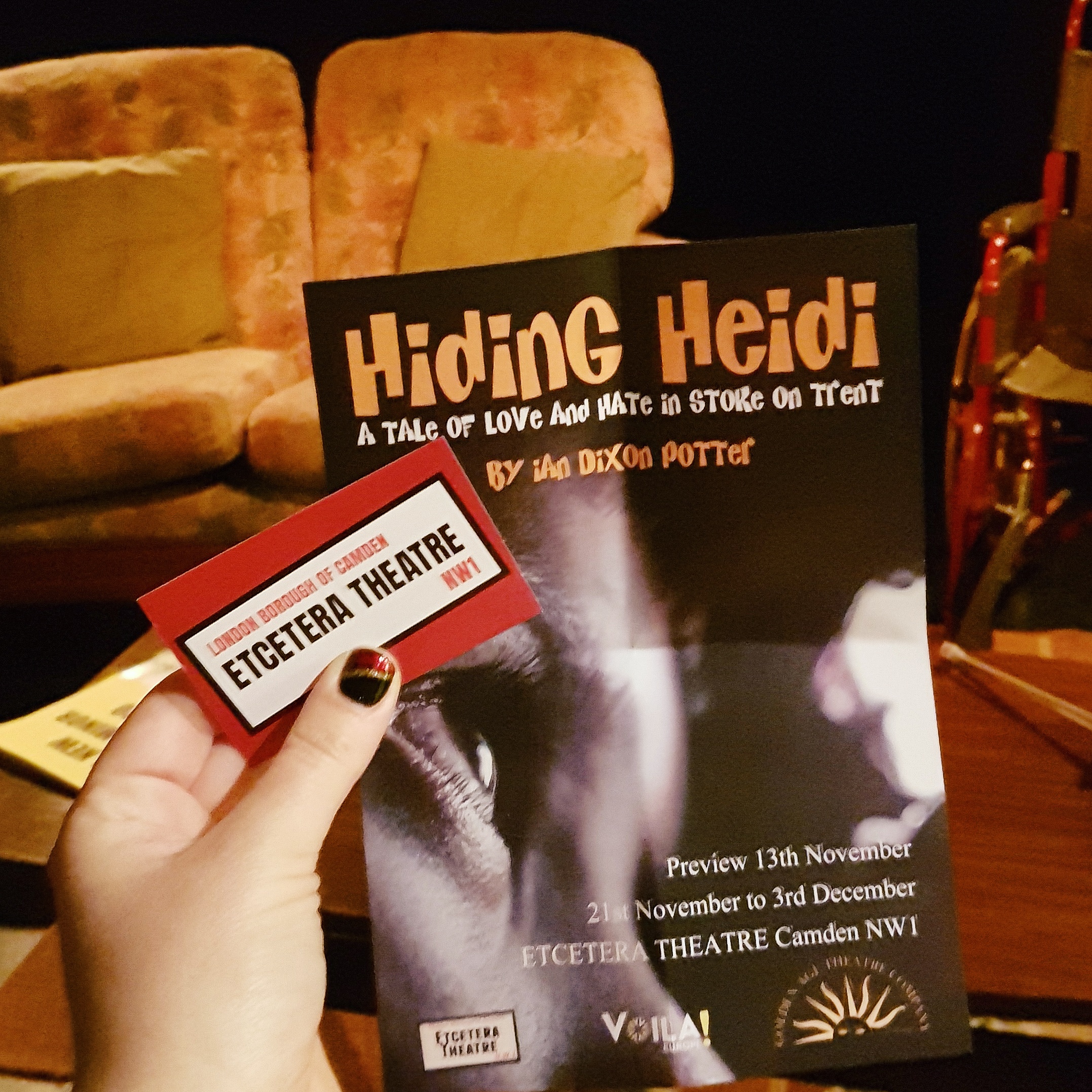 I was invited to see the production of Hiding Heidi by Golden Age Theatre at the Etcetera Theatre in Camden. Subtitled “A Tale Of Love And Hate In Stoke On Trent”, the premise sounded interesting enough. I wasn’t quite prepared for the mess I was going to be presented with though.

Ian Dixon Potter’s new play is set in 2020 post-Brexit England, in the living room of an older woman who lives with her son. Due to her age related disabilities, her son hires a nurse, Heidi, to look after her. However, Heidi isn’t English and the evil Immigration Office wants to deport people, apparently indiscriminately. It’s not quite clear why Heidi doesn’t have a work permit or why she lost her job at a hospital, but everyone in this dystopian near-future England seems to be wanting all immigrants out of the country.

While the premise is interesting, it isn’t very well explored and seems to force comparisons to World War II Germany in an awkward way. The four actors, Siobhan Ward, Maxine Howard, Richard de Lisle and Kate Carthy, are obviously not professional actors and stumble over their lines a lot, not one of them manages to draw up a believable character. The love story between the son and Heidi also seems very forced and almost predatory, making the audience very uncomfortable for all the wrong reasons.

I like the premise of the play, but it definitely needs to go back to the drawing board. There’s potential to tell an interesting story that should have been heard before the Brexit vote, but the way it is presented here is just awkward and bizarre.