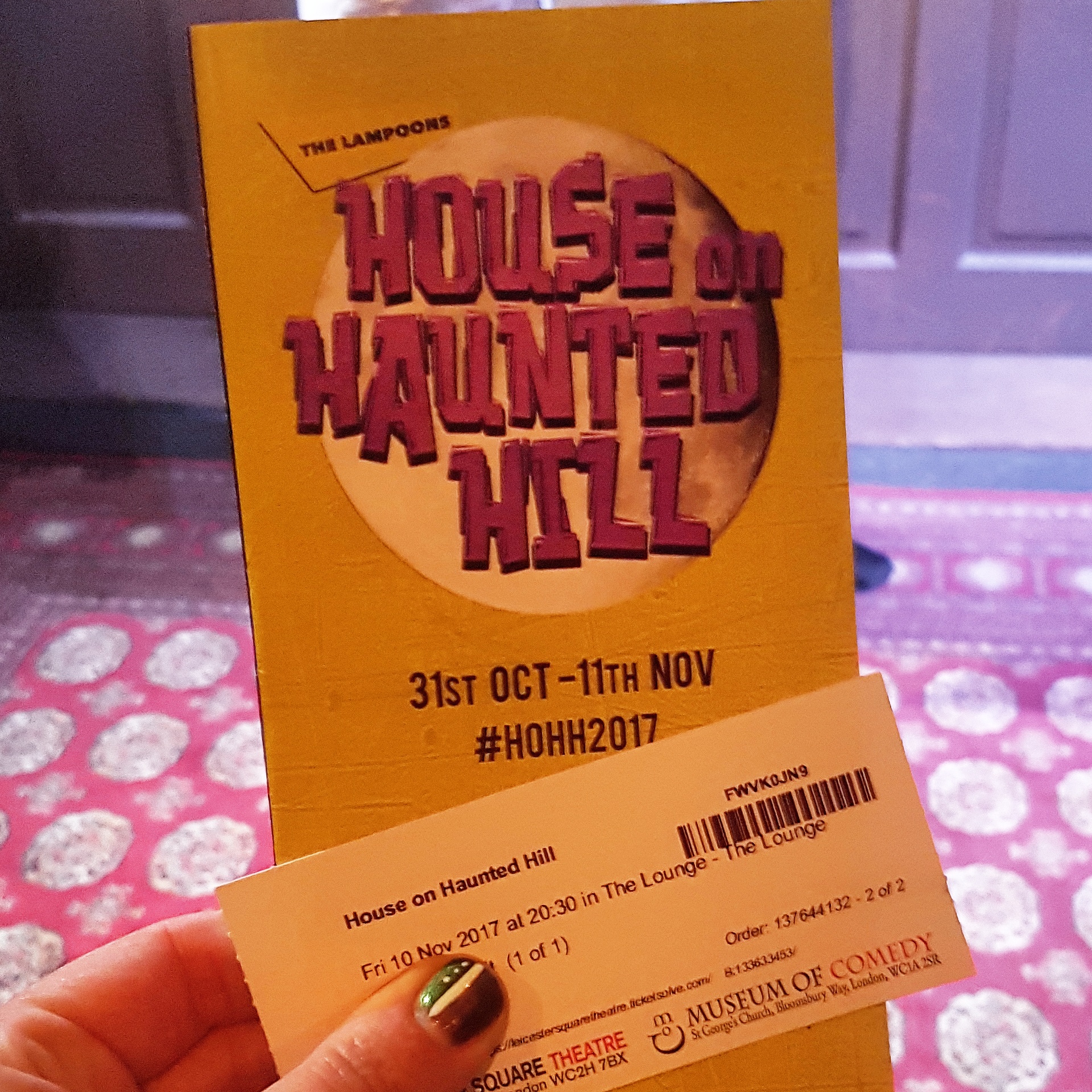 Last night I got to see House on Haunted Hill, after the 1959 horror film, performed by The Lampoons at the Leicester Square Theatre. And is it ever worth watching!

The quirky quartett The Lampoons take on another classic horror film. After last year’s production of Attack Of The Giant Leeches, they picked the Vincent Price price flick, in which the iconic actor plays an eccentric millionaire who invites five guests to stay the night in a haunted house to win a large cash prize.

Starting off with ridiculous jokes while seemingly cleaning the auditorium, golf balls are handed to the audience. Shortly after, the action starts. I don’t want to give anything away, but this spectacle is peppered with hilarious scenes and brilliant usage of minimal props and costumes. Straying from the original film quite a bit, female characters take on a larger role, a balaclava ballet appears and pickles play a vital role in murder. Every single member of the cast takes on several roles, whirling through silly horror staples and utilizing Scooby Do esque absurdity to create a truly side-splitting performance!

With interactive parts, including a chance to hurl those golf balls at the actors, and a multitude of Vincent Prices, it’s a joy to watch and firmly in the comedy realm.

If you can catch this absurdly hilarious show, do yourself the favour and go see it! You won’t regret it.