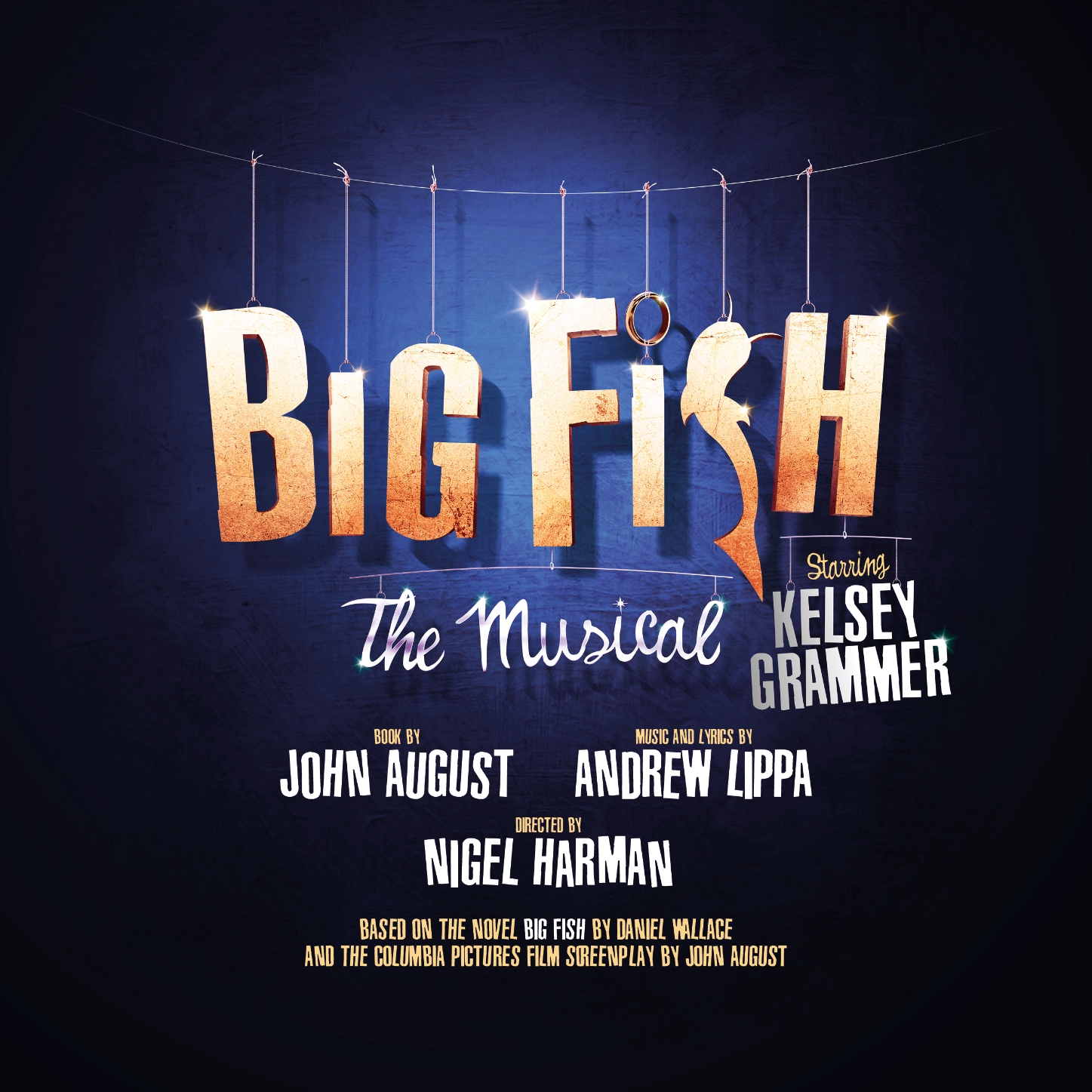 When I heard that one of my favourite films was being made into a musical, and said musical was coming to London, I just had to secure myself a ticket to see it! Big Fish – the musical, starring Kelsey Grammer, is playing at The Other Palace right now.

Based on the novel by Daniel Wallace and the resulting film adaptation directed by Tim Burton, Big Fish tells the story of travelling salesman Edward Bloom and his son Will. Edward Bloom has had a stroke and is reviewing his life while being treated in hospital, while his son Will is grappling with the estrangement he feels to his father due to the colourful and unbelievable tales Edward told throughout his life. The role of the sickly, older Edward is taken on by Kelsey Grammer, who doesn’t seem quite frail enough and unfortunately isn’t able to grasp the audience with his singing at all, falling flat of expectations and not getting quite enough stage time to be billed as the big draw of the musical. Frankly, Grammer seems miscast for this role.

Young Edward, played with high energy and oodles of charm by Jamie Muscato, goes through his tall tales, telling of love and loss, adventure and danger, friendship and betrayal. Between the bright and exciting scenes, Matt Seadon-Young takes on the role of Will, who doubts everything his father ever told and resents the fact that he never got to be closer to Edward.

The colourful stage and costume design really help the myriad little stories come to life, but the songs are not very memorable, slipping out of your mind immediately without leaving much of an impact. Andrew Lippa’s score just doesn’t quite do the story justice and is very mellow and forgettable. While most of the actors do draw the audience in with believably quirky characters, the lack of gripping songs and mellow soundtrack are a big disappointment for a play with so much potential.

I absolutely loved the costumes, stage design and choreographies, the selection of stories in this stage adaptation is also chosen very well, it’s really just the music and at times the singing that drags Big Fish down. It being a musical, that is unfortunately quite a big deal and while it wasn’t terrible and I still enjoyed the performance, it could be a lot better with a more suitable soundtrack.