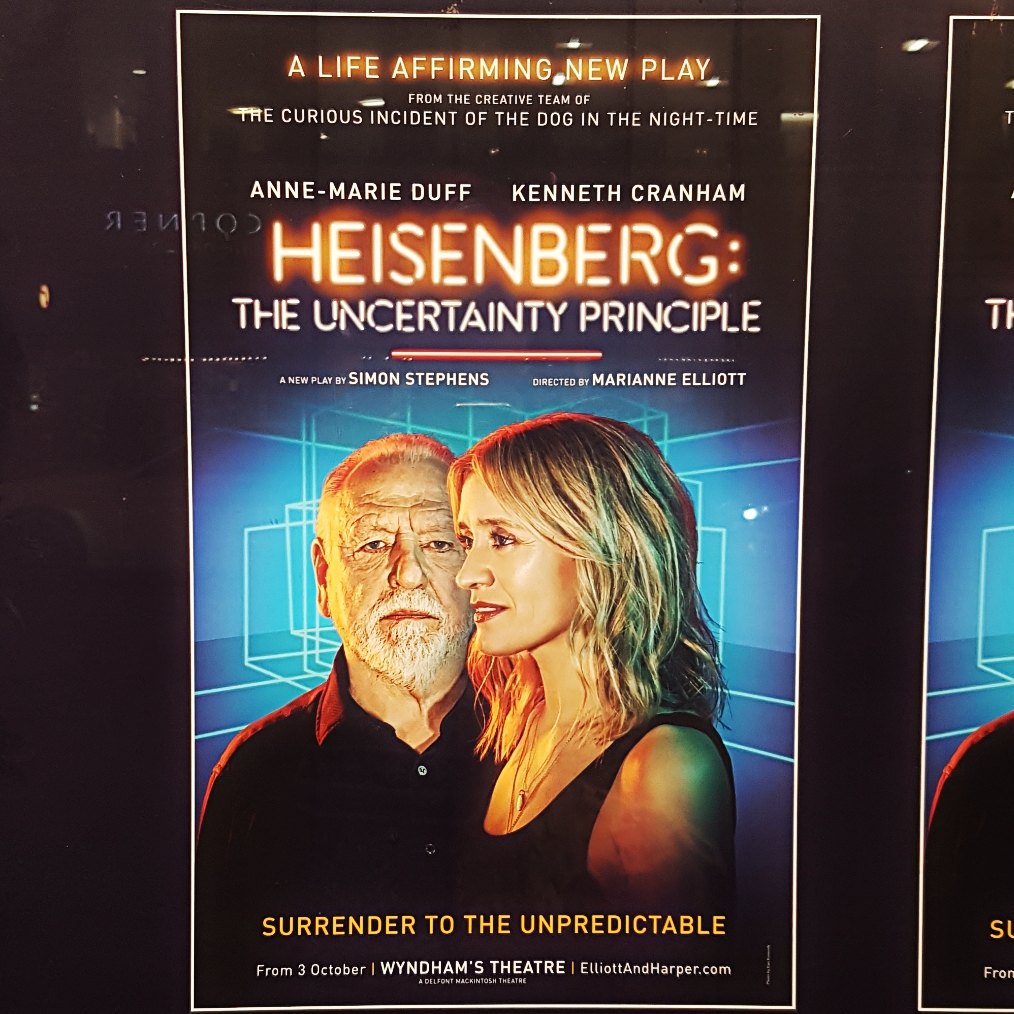 I was invited to see Elliott & Harper Productions’ Heisenberg – The Uncertainty Principle during its run in London. I thought the play sounded interesting, so went to check it out.

With such a heady title, one might expect quite a different play to the one presented here. Heisenberg: The Uncertainty Principle certainly has little to do with science and is, instead, a convoluted love story.

Marianne Elliott and Simon Stephens have previously beautifully collaborated on The Curious Incident Of The Dog In The Night-Time, but this new production of their joint company is not quite on that level. While Bunny Christie has created stunning designs with a light-up backdrop that changes size to fit the mood of the scene, the stage design is, unfortunately, about the most stunning thing about this play.

Georgie, convincingly paid by Anne-Marie Duff, is an American school receptionist in her forties, she is (mis)matched with Alex, played by Kenneth Cranham, a local butcher thirty years her senior. The play starts off with Georgie rampantly talking her way into Alex’s life, seemingly for no apparent reason other than sheer anxiety and random connection. Over the next few scenes, the reluctant Alex is drawn into a relationship of sorts with the much younger woman, who turns out to have ulterior motives galore.

While science, and the uncertainty principle, are mentioned in passing, it has little bearing on the plot, which is thin and unconvincing. The large age gap between the protagonists is uncomfortable, and while both actors play their roles with conviction and passion, is such an antiquated stereotypical device, it made many of the genuine-connection-building scenes quite difficult to watch.

Full of tropes, stereotypes and cliches, it’s a thin romantic tale that aspires to be more, but falls far short of its lofty ambitions. Many scenes seem forced, not due to the actors who make the best out of what they are given, but due to the lack of depth in this story.

The stage design is worth seeing, but the plot is not the most interesting to sit through.