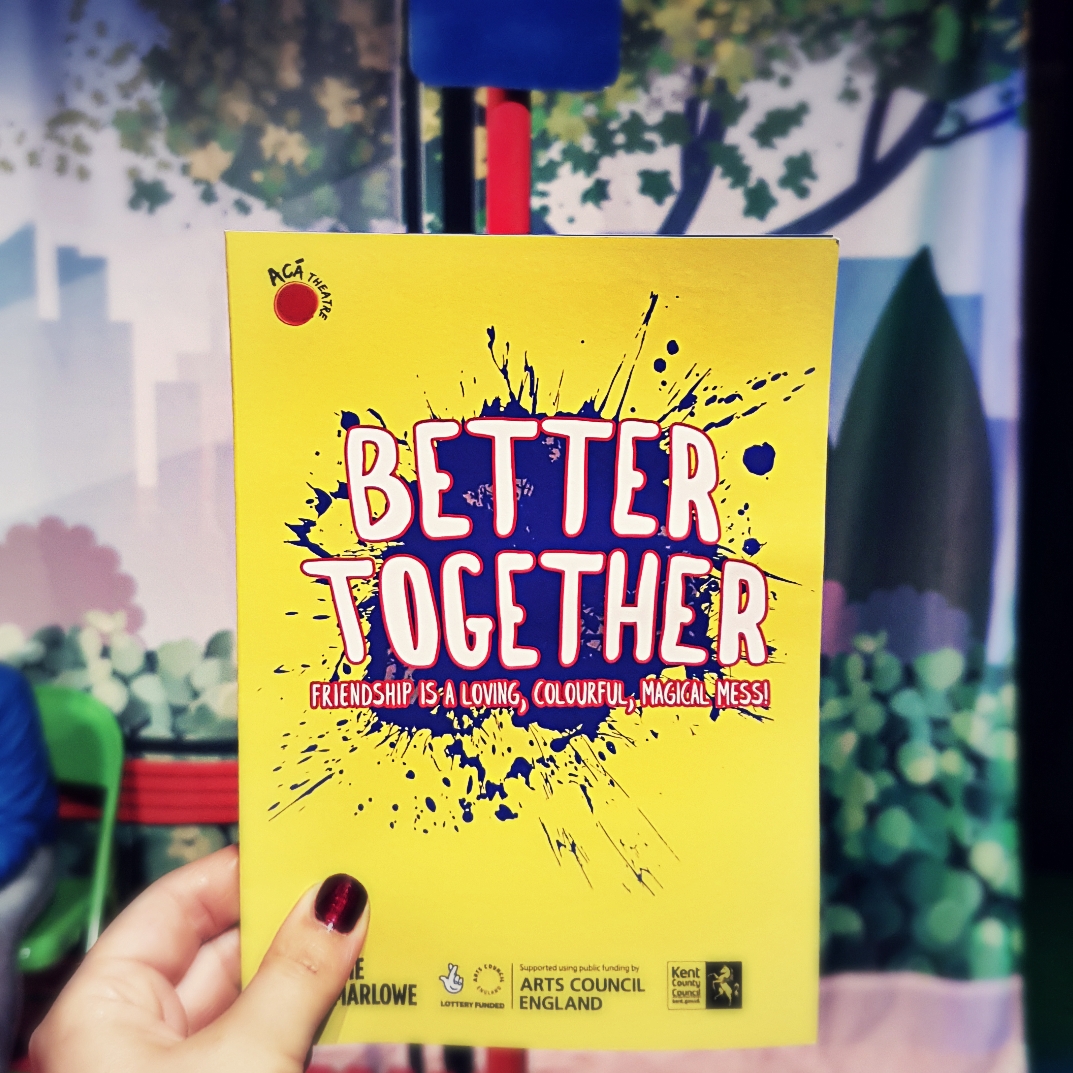 Another half term entertainment, Aca Theatre’s Better Together clown show sounded too much fun to pass up! It was playing at the Canada Water Theatre, which is located inside the library. A beautiful space, especially if you’re waiting for the house to open, as you can just hang out in the reading corner in the library to while away the time.

The Better Together clown show takes place at a simple bus stop backdrop, where the three clowns, Tropizo, Doa and Squiggle, meet. It all starts with Doa, who happily wanders up to the bus stop sign to check the timetable. That’s where the simplicity stops and the hilarity begins. With SIMS-esque babble language and silly acrobatics, the trio makes their way through misunderstandings, mischief, and misadventures.

From their funny clothes and silly hairdos to their enthusiastic physicality, these three clowns know how to entertain young and old alike! The show just flies by with not a dull moment and many loud bursts of laughter from the audience. Bright and colourful, the calculated clumsiness is refreshingly slapstick, modern media like smart phones and earbuds lead to many hysterical scenarios, and even the ending of this intensely enjoyable show make everyone in the audience laugh and cheer.

Such a beautifully planned out and executed show, it doesn’t need any words to reach everyone’s hearts.