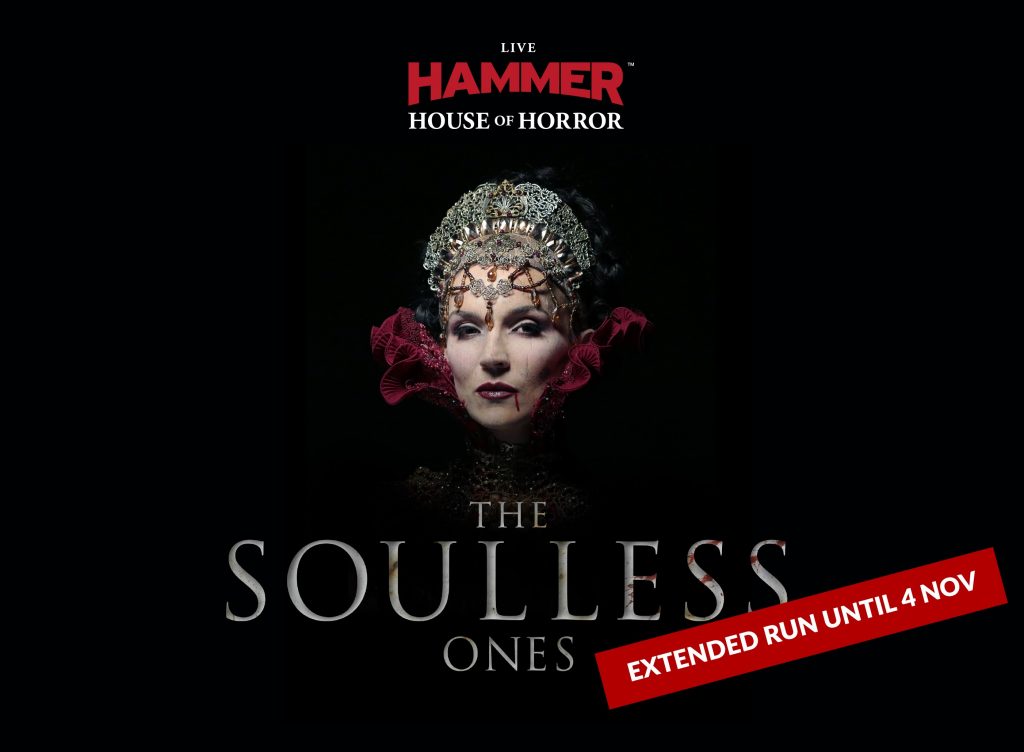 I read about this event in the Guardian, and though their review was very tepid, I had to give it a go.

With LovePopupsLondon and JoJoExplora, I entered the vampire infested mansion, recreated in Hoxton Hall. We weren’t sure what to expect but always approach immersive events with an open mind.

All visitors were outfitted in cloaks and only received a short introduction, the immersiveness of the event started pretty immediately. Supernatural expert Nathaniel Blythe opens the evening with a summoning and a promise of making all sceptics see the truth, that supernatural beings exist. Our black cloaks supposedly render us invisible to vampires and ghouls, making it safe for us to roam the mansion and follow any character we like.

And this is where the problem starts. There are just SO MANY characters we could choose to follow, so many rooms and floors to explore. We ended up splitting up, and at first I followed the queen of the vampires, who moved from her boudoir to a plethora of other rooms, attracting quite a large group of onlookers hurriedly shadowing her. Scenes and interactions with other characters unfold right among the audience, quick room changes and twists in the story make it hard to decide which person to sprint after at the end of each scene.

After coming back to the great hall, where we started out, for the third time, as characters seemed to summarise and change the story there, I decided to just stay in the hall and watch the action unfold there. I feel I got a much better overview of what was happening than I did when I tried to follow specific characters. Actors kept swooping in and out of the hall to confront others, plot betrayals and discuss happenings. From a front row seat I got the best view of all the bigger scenes, but felt I was missing out on exploring the mansion itself, which was impeccably decorated and furnished and even had a small garden with a private cemetery installed. Wall hangings, beautiful furnishings, intricate details and even hidden sound boxes to create an audible scene dressing, the effort and production value was absolutely astounding.

All of this almost made it stressful to attend this event as I couldn’t decide what mattered to me more. Did I want to just wander the halls and explore the beauty of this set? Did I want to follow a sceptic scientist to see him confronted by vampires? Did I want to shadow a vampire to see what they are up to? There just seemed to be too much going on at once and no matter what you decided on, you’d still be missing out!

In the end I think I made the right choice with staying in the great hall for most of the show, while groups of people swooped in and out in hot pursuit of particular characters. Some other attendees also settled into the seats in the hall and let the anxiety of missing something vital in another room just wash over them.

The final scenes were all situated in the hall and eventually everyone gathered there again to view the grand finale, a blood gushing vision of classic horror!

Overall I really enjoyed the event a lot, though I do wish we would have had time to explore the rooms before the show started. That way we could have gotten an overview of the layout of the confusing building, which would have possibly made it easier to decide who to follow where.

While there will be a lot you’ll miss, no matter what you decide to do, it does feel like the action is simply happening everywhere, in real time, like real life! Not an immersive event that lets you be part of the action, rather it immerses you in a world of horror, intrigue and betrayals. Wonderfully done and absolutely challenging for those of us with major FOMO.

I’d absolutely go again to check out different parts of the storyline and explore some of the rooms I have missed on my first visit.