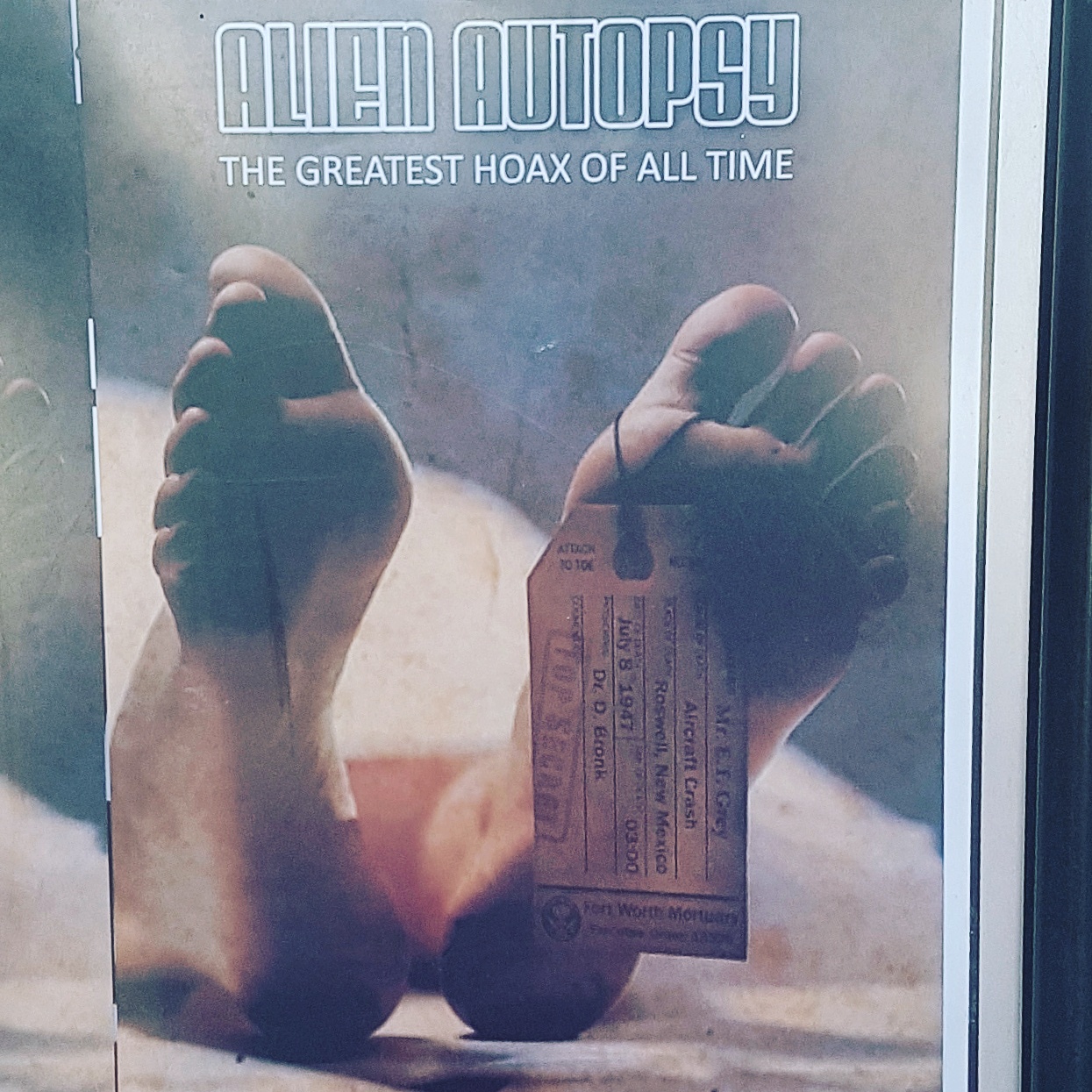 The maker of the infamous Alien Autopsy hosted a talk at the Leicester Square Theatre to finally reveal all the details and secrets behind the greatest hoax of all time, the supposedly real alien autopsy video that fooled the world for 15 years.

Spiros Melaris started his talk off with a short introduction and then immediately went into details and stories of how the stunning hoax was produced and how they managed to fool the world for so long.

With some sleight of hand, old film, clever tricks and a team of committed conspiritors in a North London flat, the video ended up taking the world by storm, fooling even experts with very simple trickery. Special effects sculptor John Humphreys created the alien body from a variety of materials, including a deer ribcage and cow and lamb organs from a local butchers shop. Surgeons outfits were handmade to specifications from the 1940s, but with a few alterations that made working in them more difficult than anticipated. The whole set was made to look just right for the 1940s, including an autopsy table hand made by Melaris himself.

A simple L shaped wall with a window on one side was the set for the autopsy. On the other side of the room they built the tent that housed the ‘alien artifacts’ that can also be seen in the video. The camera used was also an original 1940s military issue camera, with a fixed lens that easily explains the grainy and out-of-focus footage, deliberately filmed shakily to obscure the details.

Meralis went through a lot of details of how the film was shot and then skillfully spliced onto an original newsreel from 1947 of a college baseball match in Roswell which started with a shot of a staircase and a door in the stadium. He left the staircase and door, and of course the beginning frames of the newsreel, in tact to get verification from Kodak that this was indeed a tape from the correct time period distributed to the correct area. All that was needed was a bit of sleight of hand to disguise the splice, but with a video so supposedly revolutionary and valuable, it was easy to convince examiners that the tight guarding of the tape and the refusal to examine the frames with the actual alien on was simply due to worries of losing such a unique discovery.

Despite delivering accounts and details of the production of the video, there were disbelievers in the audience, people who used the question time at the end of the presentation to claim that Melaris was being paid by government agencies to pretend he directed the film. Others were disbelieving his claims of using original film and cameras, again claiming he couldn’t have possibly produced such a well made fake.

I guess as this video was one of the main staples of the ‘the government is hiding aliens from us’ front, it’s a bit hard to swallow that it was a hoax, but by now it’s very well documented how it was done. I found it very interesting to see the actual producer/director of the alien autopsy film talk about how he made it happen, and answer questions about materials and techniques used; and of course how relatively obvious and simple the solutions were in the end.

Loved the presentation of this and the openness and candour Spiros Melaris showed on stage. It was a great talk and presentation.