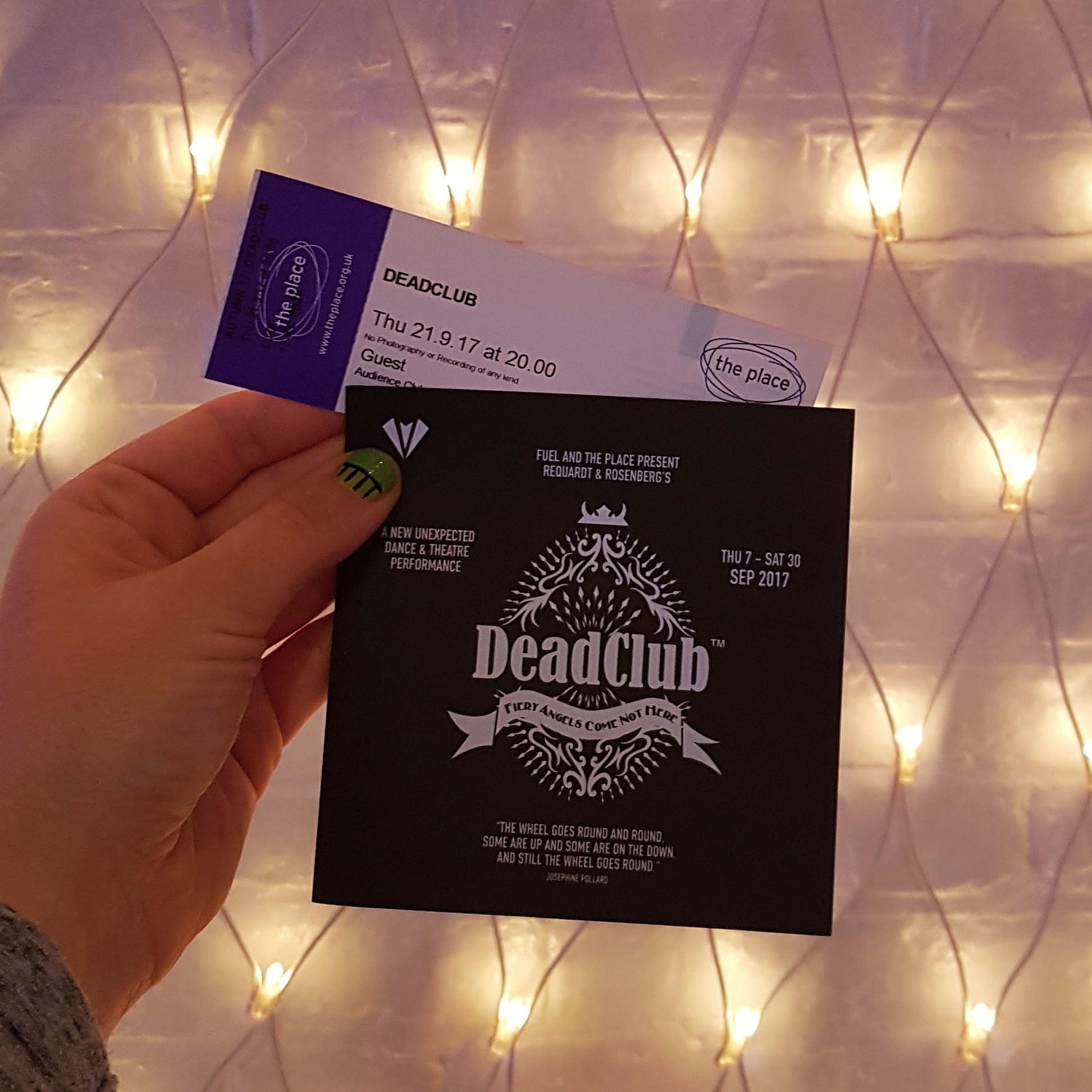 I wasn’t sure what to expect from DeadClub, billed as an immersive dance horror performance, but I’m always up for an adventure, so I grabbed BambiBlueWho and off we went.

When the doors opened, we were presented with a large, raised stage, at about chest level, with numbered standing places all around it. The stage was decorated in black and white patterns, distorting perception and hiding numerous trap doors and platforms. Each numbered space was provided with a party hat in a black and white pattern matching the stage. Naturally we put the party hats on and waited for the show to start.

Each standing space, apart from being numbered, had a light in front of it. As the show started, the light started wandering clockwise from spot to spot, like a roulette game played with light and spectators. Between parts of the performance, the light would randomly stop, light up one of the viewers and they would become part of the action. Their names or looks would be used in songs or poems, or they’d be asked for personal details and have a eulogy read about them. The interactive parts were broken up with a surreal cocktail of dance, song, disjointed plot lines and occasional darkness.

This truly stunning performance was unsettling and fascinating at the same time. I can’t quite describe it or put my finger on why, but it was incredibly pleasing to watch this whirlwind of surrealness. I don’t know how to summarize the show, it was definitely fascinating and truly different from anything I’ve seen to date!