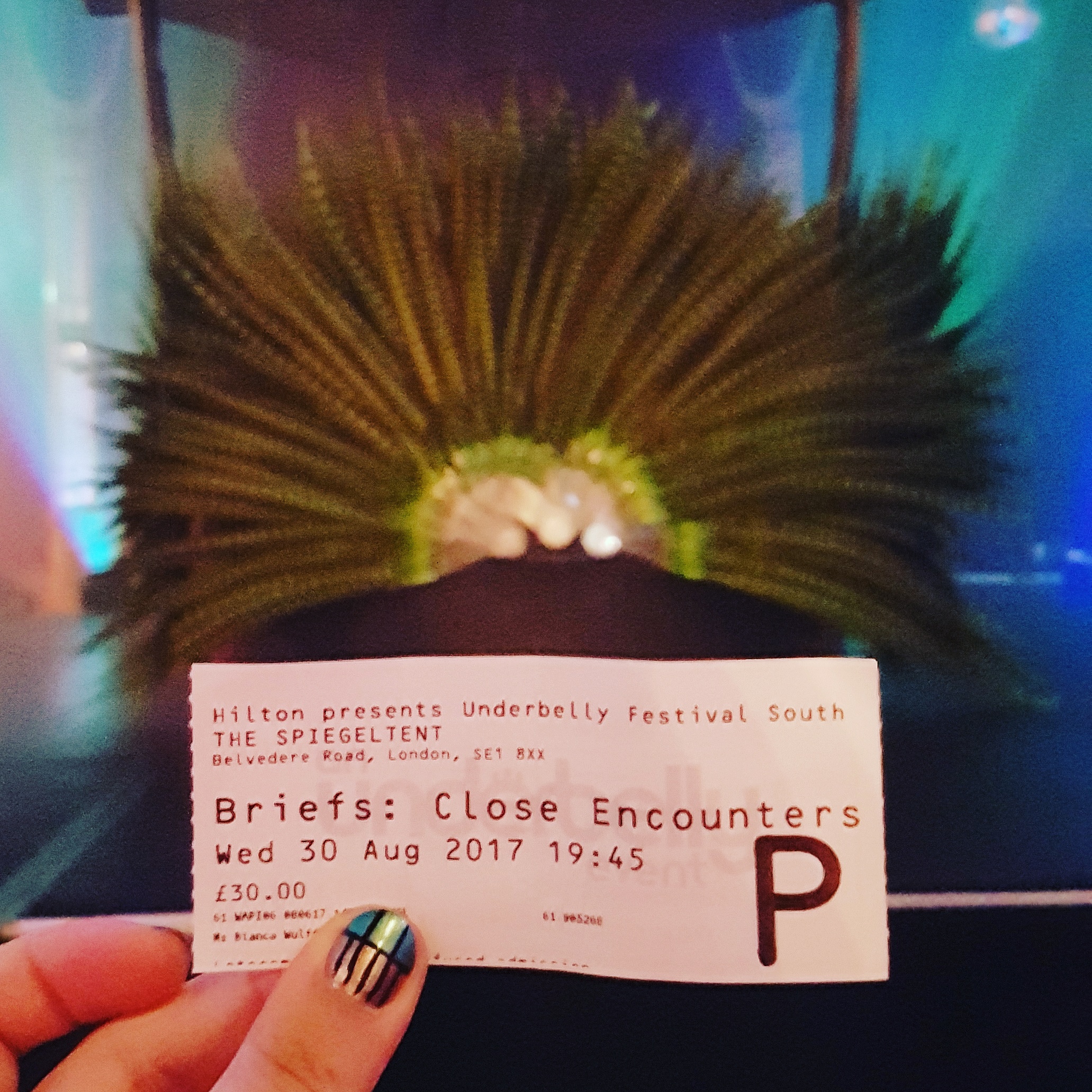 After having seen the Briefs troup a few times before, so obviously I had to attend their new show at the Underbelly festival, Close Encounters. The Australia-based assembly of all-male burlesque performers always delivers a colourful, eccentric performance, and this one was no disappointment either!

The overarching theme for this show was, as the title suggests, alien encounters mixed with time travel and other science fiction staples. While all the individual acts can easily stand on their own, the theme pulls them together loosely into a breathtaking, powerful show with a deep message of hope and tolerance.

Stunning aerial performances, glittering costumes and oiled up bodies, interspersed with silly gimmicks and well-honed dance; this show is a beautiful as it is different and of course gorgeously queer. Mad scientists, bonkers bunnies, astonishing aliens, all unite in this inspirational show that’s a delight to watch.

I’ll definitely not miss their next show when the Briefs boys return to London, they area always so much fun to see.