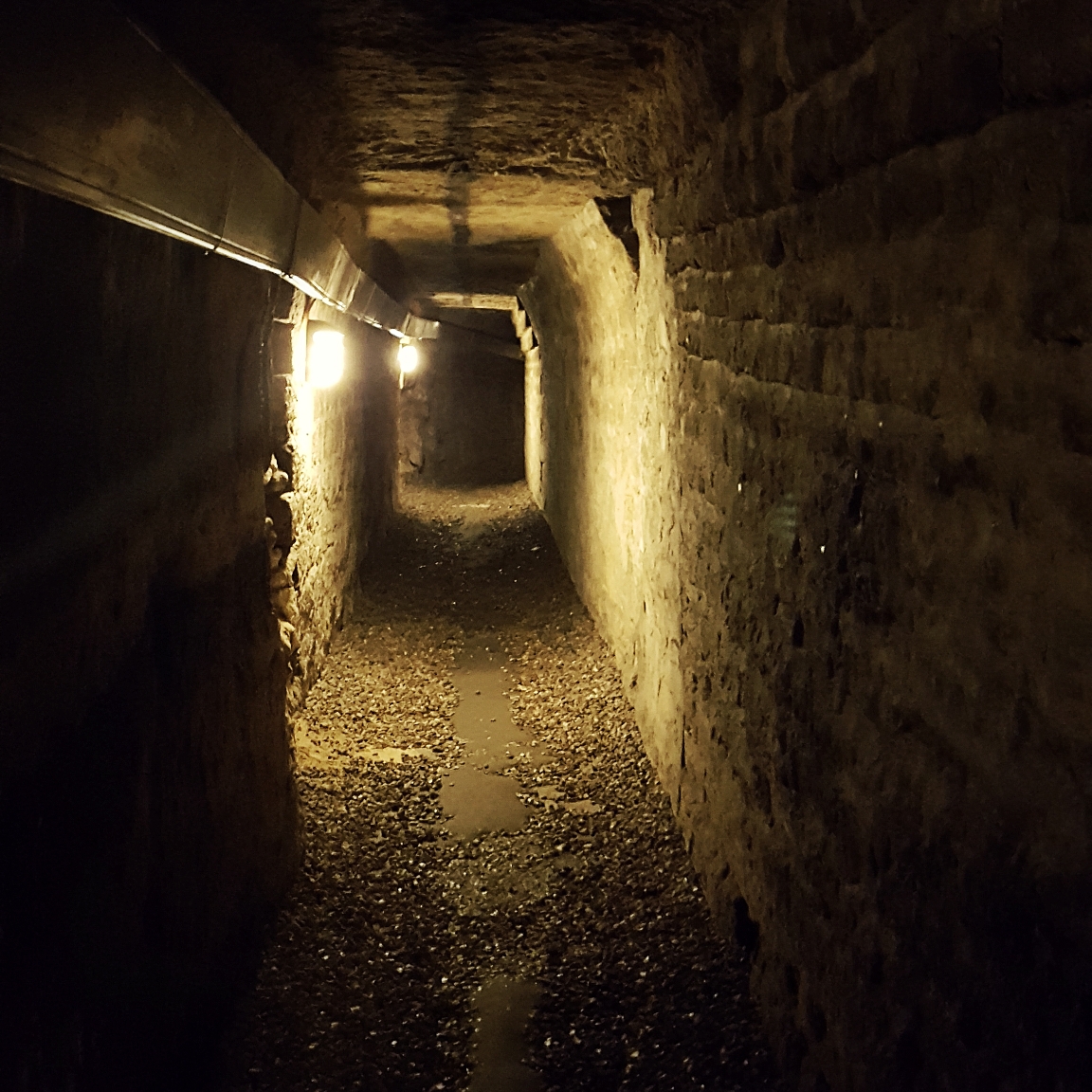 While on my trip to Paris, I managed to get into the Catacombs, which I’ve been wanting to do for a while! The catacombs are a set of deep underground tunnels serving as an ossuary to more than six million people’s remains.

The tunnels are sparsely lit and a little eerie, but quite safe and well guarded.

Originally there were a few cemeteries dotted around Paris, many of which featured mass graves for the poor, where the dead were simply thrown into a hole unceremoniously and left exposed to the elements until the large pit was full and would finally be covered. But as time went on, the need to remove cemeteries so close to living quarters and transplant the bones to a permanent and safe resting place grew dire. Overcrowding of cemeteries was a huge issue that made land unsafe and unstable.

In 1774, one of the largest cemeteries, Saint Innocents, was the scene of several basement wall collapses in nearby buildings, one of which killed a young woman. Conditions around the cemeteries were unsanitary and eventually all Paris cemeteries were closed and all bones excavated and moved to the catacombs where they still lie.

Bones and skulls are nearly stacked in the front rows, but extend far back into the rock, providing space for an unfathomable number of bones.

The atmosphere is quite peaceful and serene, despite the slight creep factor, and the audio guide gives a great overview of the history of the catacombs.

They do limit the number of people allowed in at a time, so I’d recommend to book ahead of time with a time slot as the queue can stretch quite far down the road and around the corner and through a park… I really enjoyed my visit and thought it was a brilliant attraction to see.