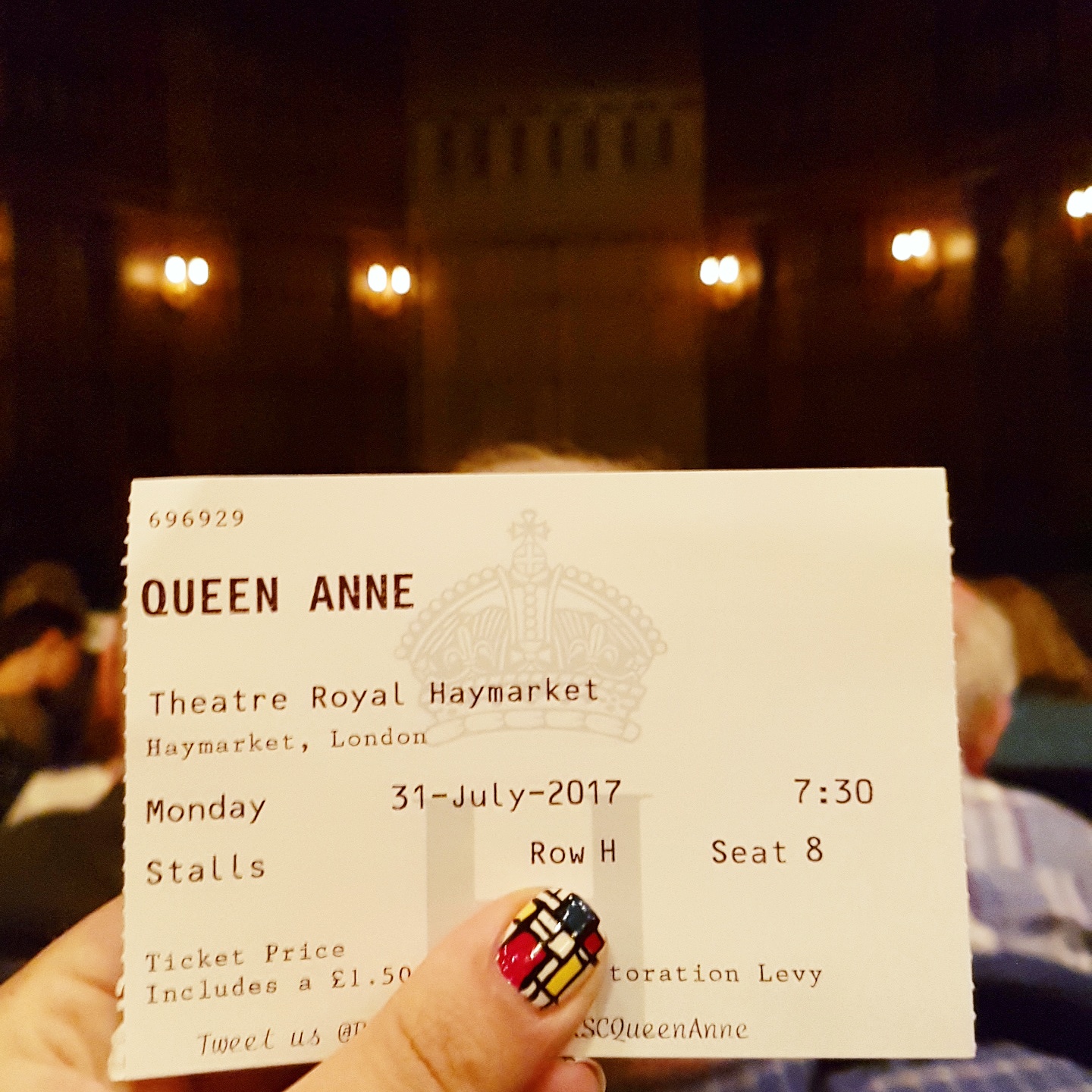 The RSC’s production of Queen Anne sounded unmissable, so I had to go and see it. The play is set in 1702, with Princess Anne on the verge of becoming queen, battling with illness, mistrust, blackmail, manipulation, and deceit. She has to decide which relationships to continue and who to mistrust.

The setting and costumes are absolutely stellar, as to be expected for an RSC production. Strong acting and many intrigues add to the atmosphere of political turmoil.

The strong relationship to the manipulative Duchess of Marlborough gives Anne relief and grief all in one, while the Duchess herself tries to establish herself as a trusted advisor.

The air of superiority of royalty quickly crumbles with the ailing Anne suffering from her illness and physical weakness, as well as court making raucous fun of her behind her back. This production is wonderful but a little dragging.

Overall this production was a little slow but very watchable. Nothing to knock your socks off but definitely watchable.