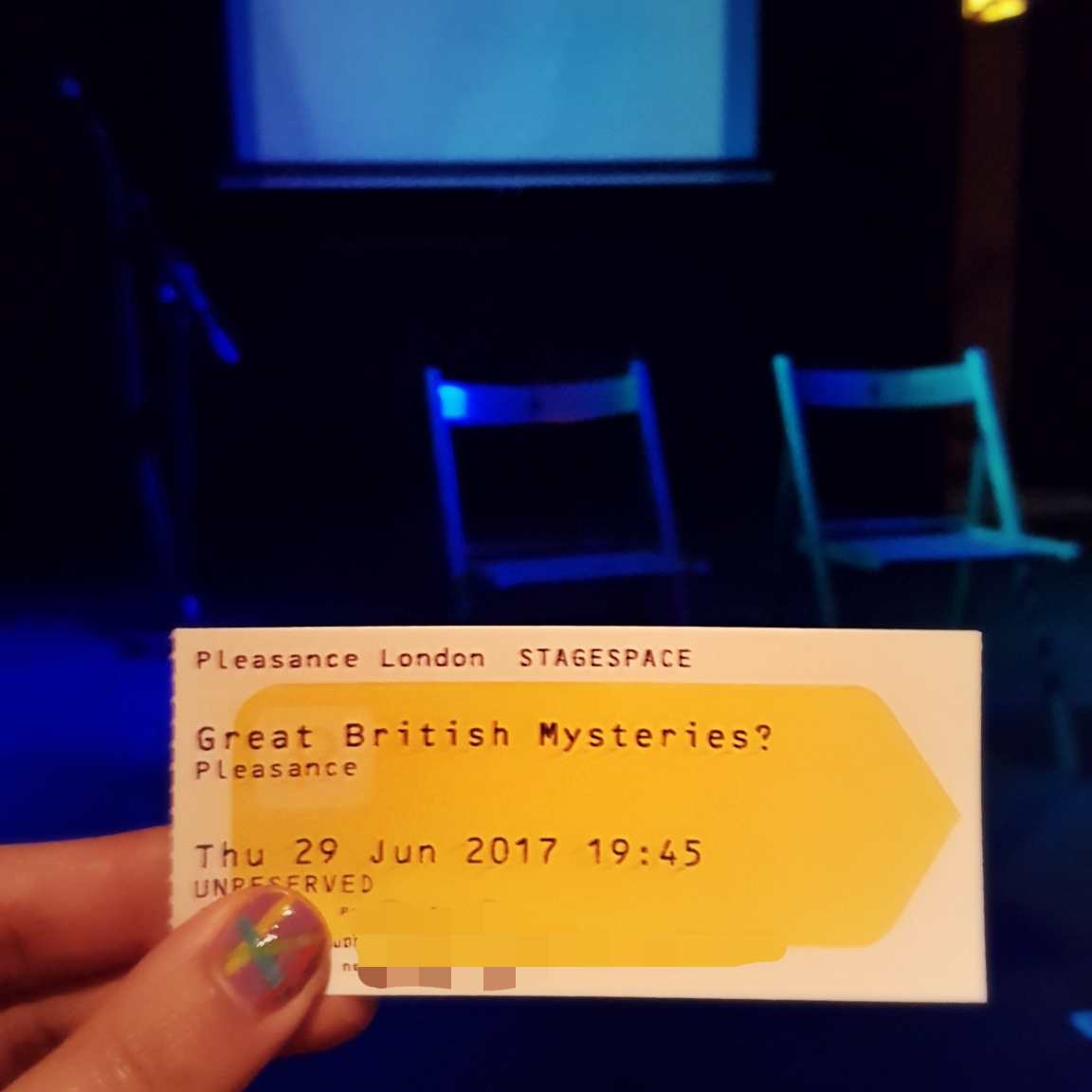 I was given tickets to this and it sounded like fun, so off we went! The Cloak & Dagger Club‘s comedy show is titled Great British Mysteries and is styled as a mockumentary show centred around the supernatural, obviously this was a huge draw for me!

The tagline of “Join Olive Bacon (Supernaturalist) and Dr Teddy Tyrell (Scorpio) in this adventure into the unknown” didn’t tell us much about what to expect, but surely whetted our appetite. Rose Robinson plays the capable and nerdy academic Olive Bacon, who struggles to keep the bumbling and gullible Teddy, as played by Will Close, in line. This leads to a hilarious mess of a pseudo-serious documentary style reality show.

At first I was quite taken aback by the almost uncanny facial resemblance between Will Close and my brother, but once I got over that, I could fully enjoy this tour of madness. Between Olive taking the silliest myths seriously and approaching them with studious vigour, and Teddy misunderstanding everything in his gullible airheadedness, this show is absolutely belly burstingly funny! I haven’t laughed this much in a very long time.

I don’t want to give too much away about the content, but the Loch Ness part of the show was most definitely my highlight of the evening. Incredibly funny and so well done!

If you like good comedy and bad mockumentaries, you absolutely can’t miss this riot of a show.