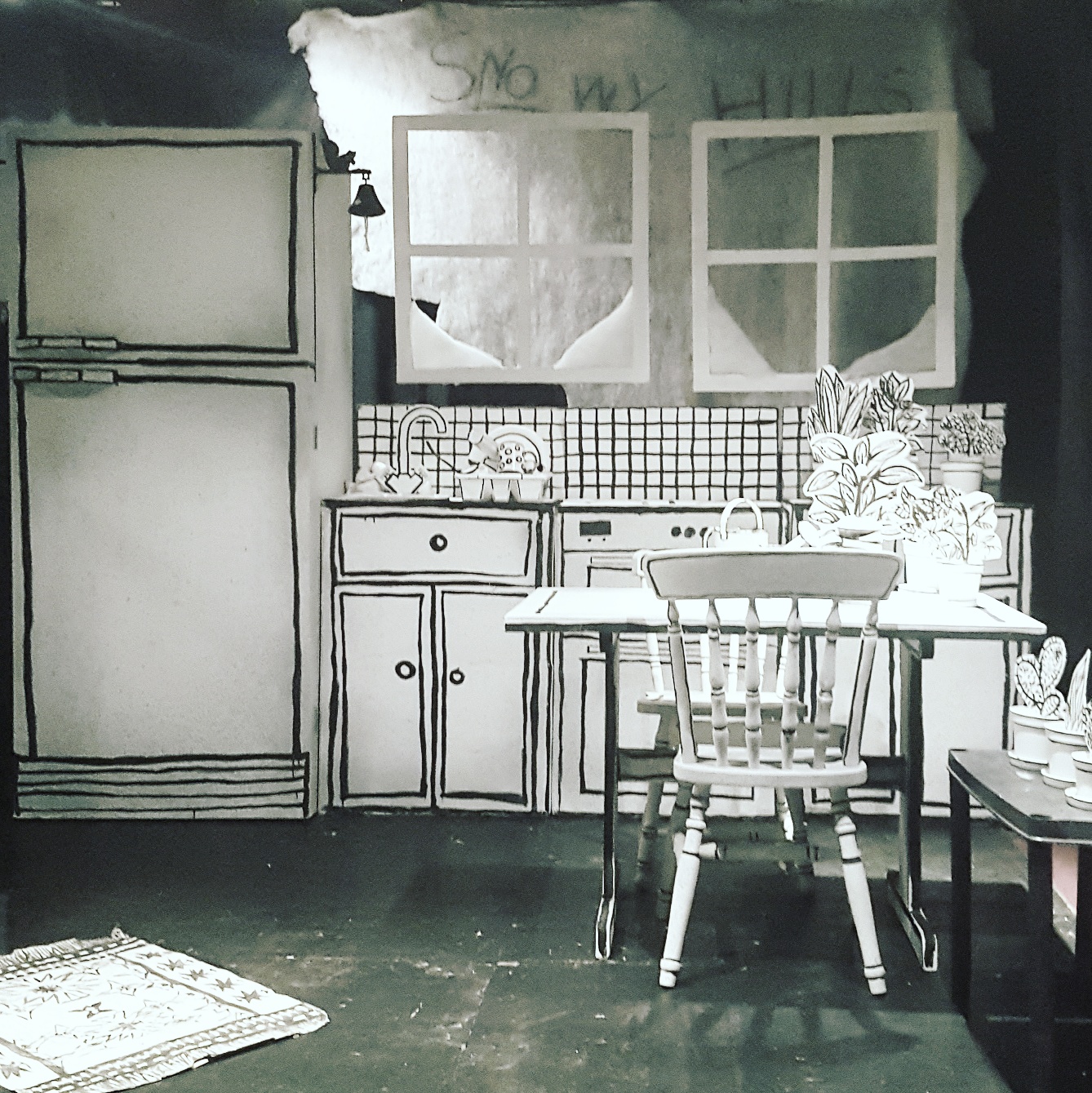 God Of Hell, Sam Shepard’s play, was playing at the N16 Theater and sounded suitably interesting, so I wandered out to see it.

The stage design was absolutely stellar, with cartoonish white furniture with black outlines. Very stylish and minimalist while being super effective. So far so good, but unfortunately it went steeply downhill from there.

The story is a confused mess with mixed messages and disconnected characters. Unfortunately the actors also didn’t seem to take into consideration that this is a tiny tiny pub theatre, so the instances when they SHOUTED AT THE TOP OF THEIR LUNGS were incredibly and unpleasantly loud. A small pub theatre really doesn’t need the same amount of projecting a large stage commands.

While the acting wasn’t at fault, the story is just so bland and inconsistent that I couldn’t get into it at all. I was glad when it was finally over and I could leave.