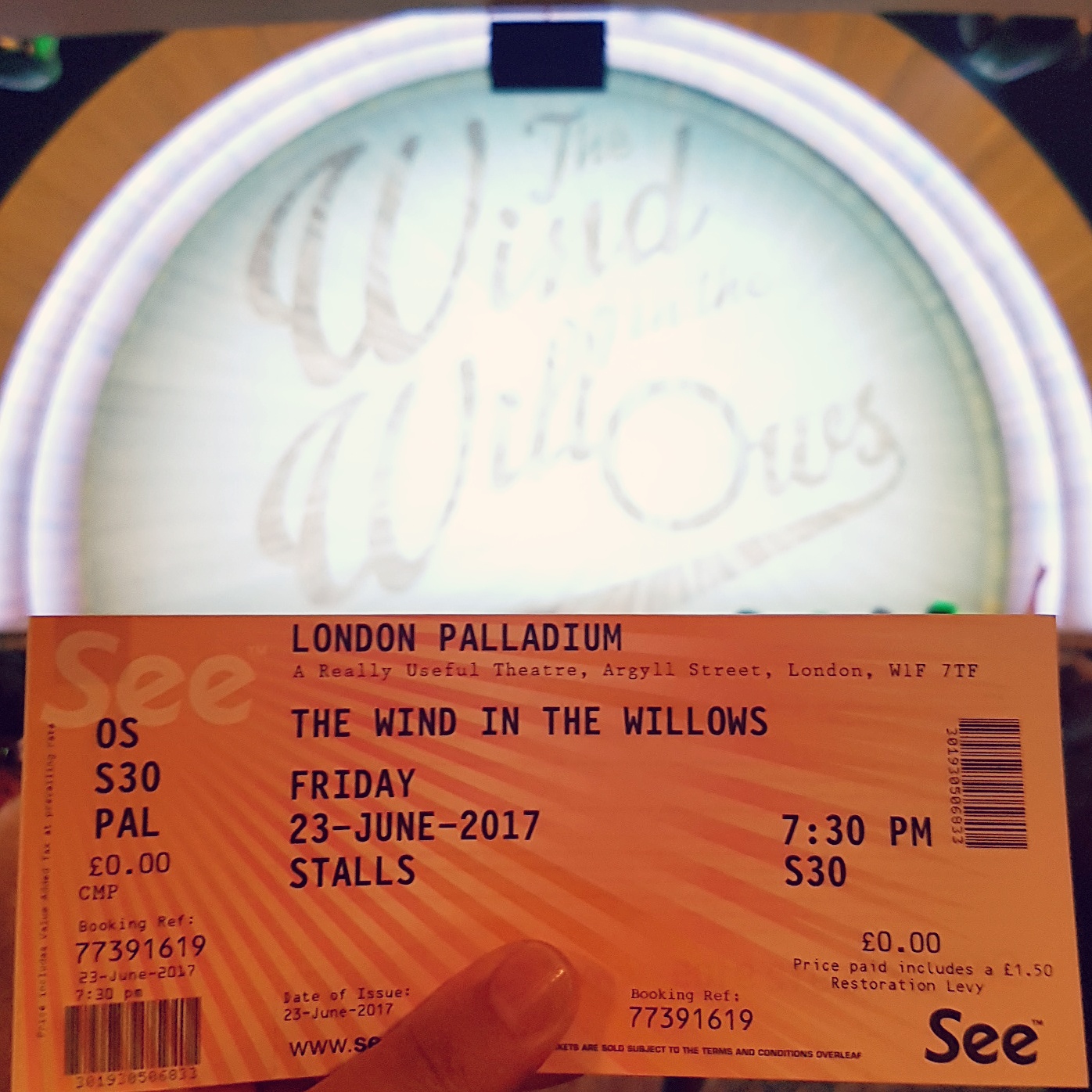 Oh, to walk down nostalgia lane! It’s always fun to remind us of our childhood passions, so here I was, sitting in a theatre, gearing up to see the new The Wind In The Willows musical!

The Palladium is a nice theatre, you probably have the best views from the front rows of the circle, but stalls aren’t too shabby either, even as far back as we were. Now, seeing a play or musical based on a children’s book, you’ll always have to anticipate a flood of unruly children in the audience, even for evening performances; I have to say this wasn’t too bad though. There were a lot of parents with their children but the majority of them was very well behaved and there was very little distracting noise despite the abundance of potential little noise makers. It’s quite refreshing to have such a positive theatre experience in London, where theatre etiquette seems a mystery to all but the most seasoned dramaturgical aficionados.

The story is quite obvious, Rat meets Mole, Toad selfishly causes chaos, Mrs Otter worries about her offspring, Weasels and Stoats do their evil thing, and of course Badger saves the day! If you know The Wind In The Willows, you pretty much know what to expect plot wise, which is great in this case as it’s such a great traditional story that doesn’t need too much of update.

The anthropomorphised animals are represented really well with very down-to-earth costumes with only a few nods to the animal they represent; mostly ears, tails and face make up add animal flair to otherwise relatively normal clothes. This works really well and shows the character’s individual personalities through their style of clothing.

Songs are incredibly upbeat, a lot of fun to watch and listen to, and presented with gusto and passion; combined with the whimsical stage design this really helps to bring the book to life true to its character.

The Wind In The Willows is a great family friendly musical, my only niggle is that it’s just a little bit too long for younger audiences and could have been pared down a little bit. Still, it was an absolute delight to watch.