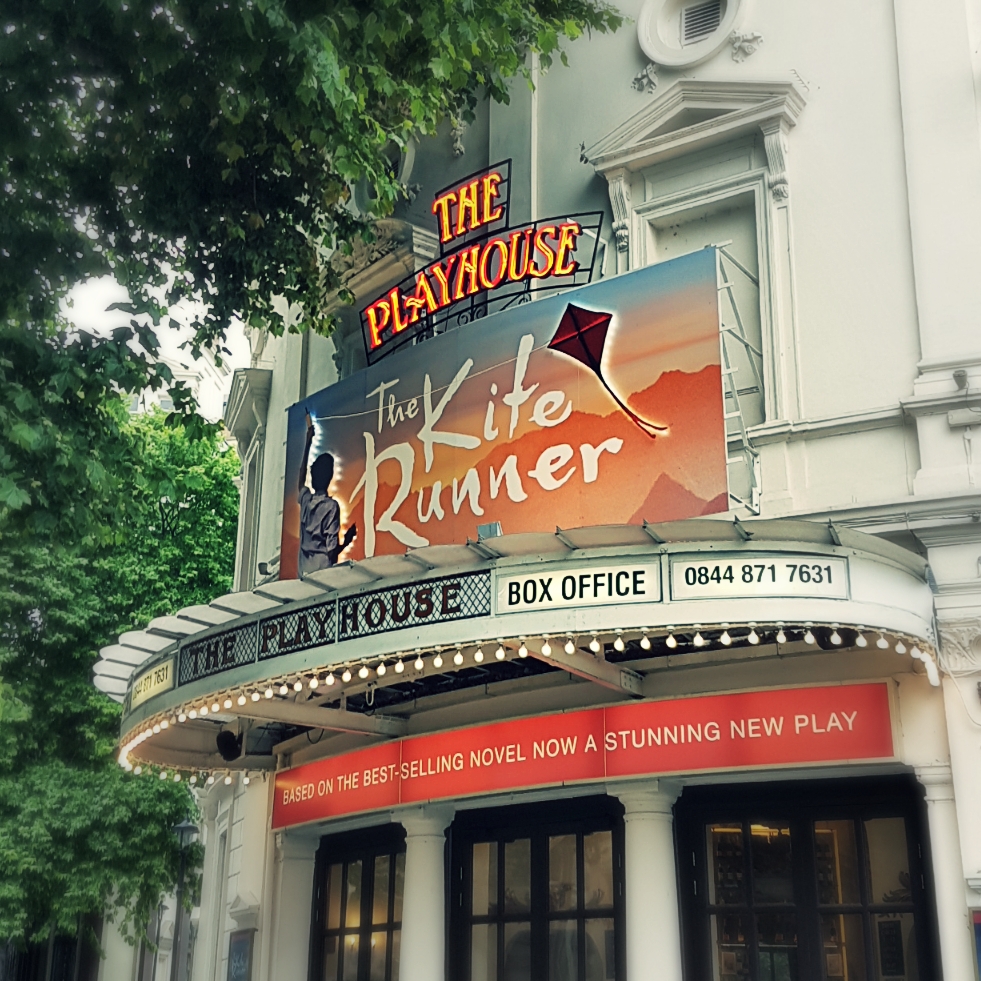 I’ve been wanting to see this play for a while and finally got a chance to get tickets in late June. Khaled Husseini’s novel was so highly praised, I couldn’t wait to see the stage adaptation.

I was wondering how well a first person narrative would translate to the stage, which was beautifully done by having the main actor, David Ahmad as Amir, narrating most of the play, interspersed with acted out scenes that still contained narration towards to audience. Through this setting, the audience could feel addressed, like Amir was telling his harrowing tale just for us.

Some of the most distressing scenes alluded to, rather than fully portrayed, accompanied by haunting music and strong state design, struck me as a brilliant decision as is more subtly unsettling than all out portrayals of violence and as such worked really well for this story.

The only thing that struck me as disruptive to full immersion in the story was the double-duty of some of the actors. I feel if there would have been four or so extra actors cast, it would have helped with narrative integrity, as some of the double billed roles were so opposite in character, it subdued the impact of the stronger roles.

Especially fascinating for me was Hanif Khan accompanying the play with beautiful Tabla music, seated at the front edge of the stage he really set the mood for every scene, absolutely stunning.

Overall, this was a great stage adaptation with just a few niggles, more uplifting in the end than I had expected it to be.