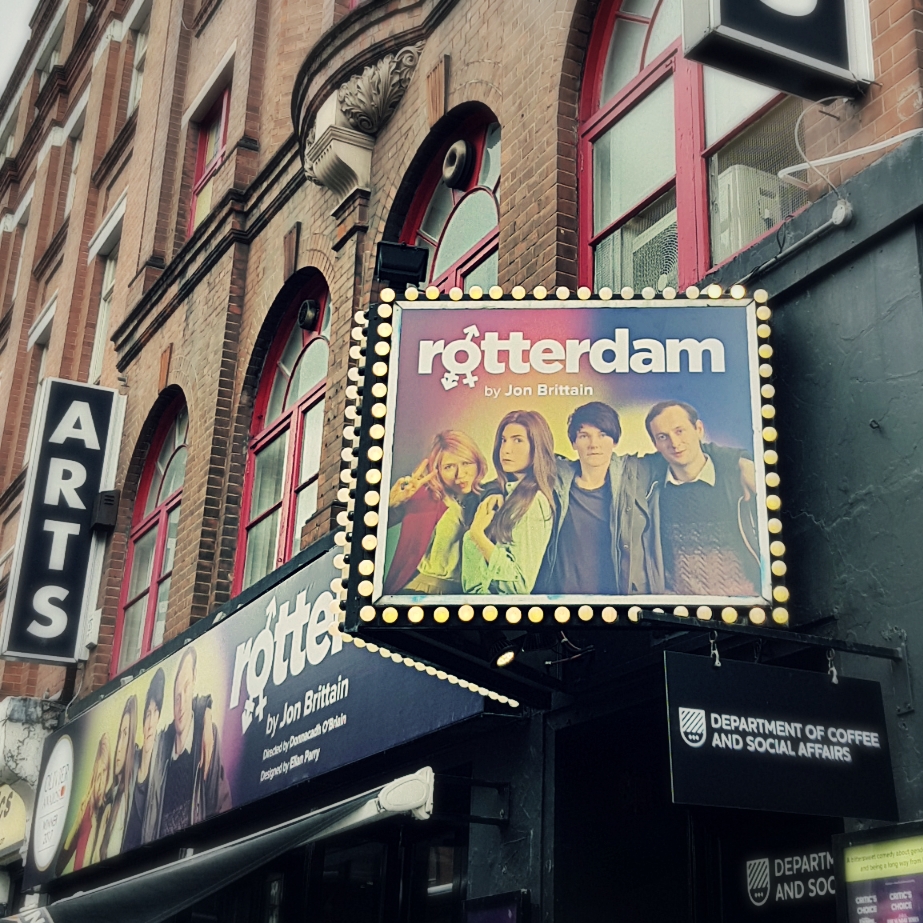 Rotterdam sounded intensely interesting when I first read about it, so I was very much looking forward to seeing it. I knew this was going to be difficult to watch, so I thought I was relatively well prepared, but it turns out it was so much more emotional than I was prepared for.

The play focusses on Alice and Fiona, as Alice wrestles with coming out to her parents while her partner Fiona confesses to her that he is trans and wants to start living as Adrian to begin his transition. This casts doubts on their relationship, as Alice has to figure out whether she’s not gay after all or if the relationship to Adrian is too much for her to bear.

While it starts quite funnily with many laugh-out-loud moments, it quickly becomes apparent that Alice is very repressed and uncomfortable with her life; I’m not sure whether she’s supposed to evoke such strong feelings of antipathy or if that’s just my general dislike of dishonest and cowardly people, but I felt resentment towards Alice and her behaviour grow more and more during the play. Most confrontational and emotionally harrowing moments in this story are easily attributed to Alice’s behaviour and extreme dishonesty, both to herself and to others. I confess, this made it difficult for me to focus on the greater message of the play.

The representations of behaviours and thought patterns of Adrian felt very authentic and realistic, his struggles with dealing with his girlfriend’s behaviour while coming to terms with his identity made for some devastating moments and many conversation points.

I felt very touched and emotionally drained after seeing Rotterdam, and the ending made me very angry; I watched the play with a friend who is very immersed in the topic, so we had touching points of conversation after the show, but I wish I could discuss this play with a straight cis person to see how they absorbed the talking points and perspectives shown, so if you’re that person, please do feel free to contact me!

Rotterdam will certainly stay with me for some time to come. It is beautifully done, tries to tackle a charged topic with light hearted humour, and shows authentic characters trying to live their lives. I’d definitely recommend seeing it.

I’m rating this three and a half stars, mostly because of my dislike of the main character as described above, but also because a few sensitive teaching opportunities were missed and could have been handled better.