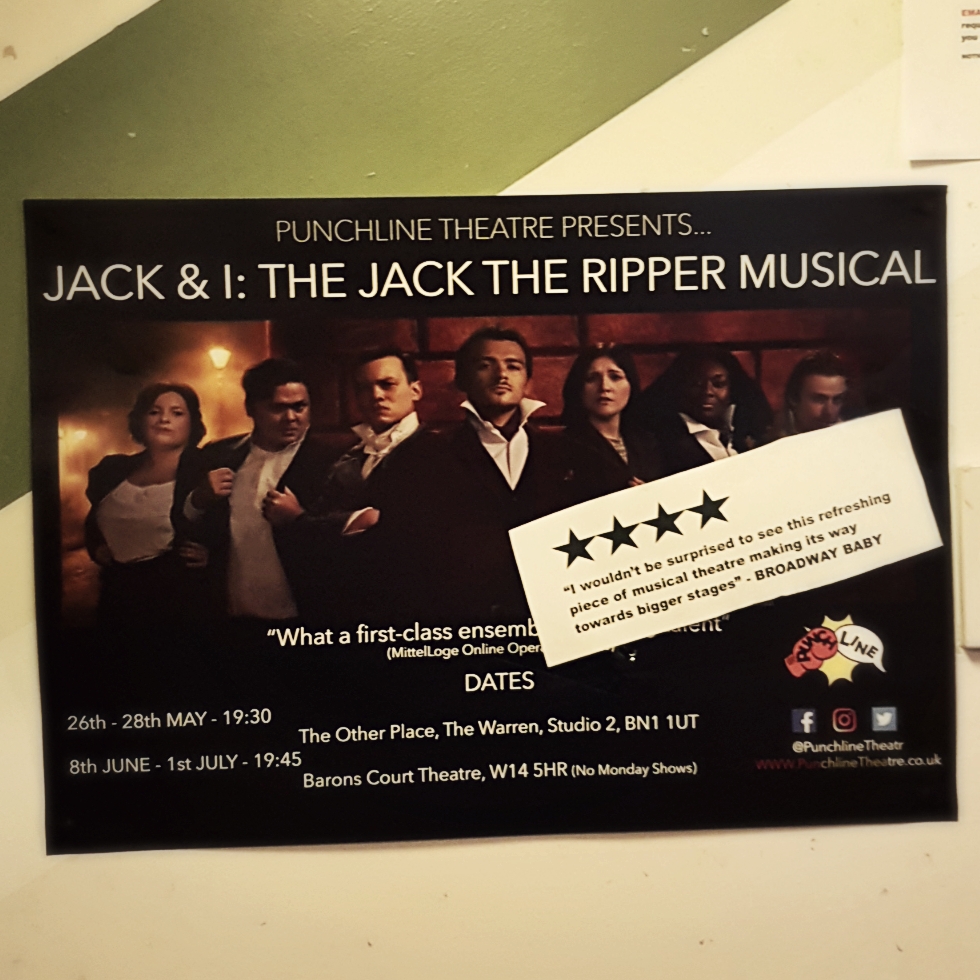 Another day, another pub theatre! This time I headed to Barons Court Theatre to see Jack & I, a musical about Jack the Ripper! Combining two fascinations of mine, musicals and serial killers, I couldn’t miss this one!

The theatre is tiny, so I didn’t expect a huge production, obviously this was going to be fringe; however, it seemed even less polished than I’d expected it to be. We weren’t let into the theatre until just minutes before the musical was about to start as audible warm-up singing occupied the space. But never mind those details, it’s fringe, I don’t expect it to run super smoothly.

The first act was hysterically funny, following Inspector Abberline stumbling along trying to find clues and connections while interacting with ladies of the night, the press, his bumbling boss, and his neglected wife. So far so good, catchy songs are belted out emphatically, the plot is not too deep but interesting enough to hold our attention. The humour really carries the story more than anything else

The second act unfortunately lost it a little, dropping bodies at a breathtaking pace without working towards revelation; the pressure on Abberline increasing to breaking point while mixing in themes of mental illness, slowly moving from a coherent plot to a jumbled mess. The finale is almost a redemption of this though and the enthusiasm of the actors definitely makes up for quite a few flaws, including the hastily assembled and ill fitting costumes.

Overall it was a very funny performance, if a little over the top and off the rail at times.