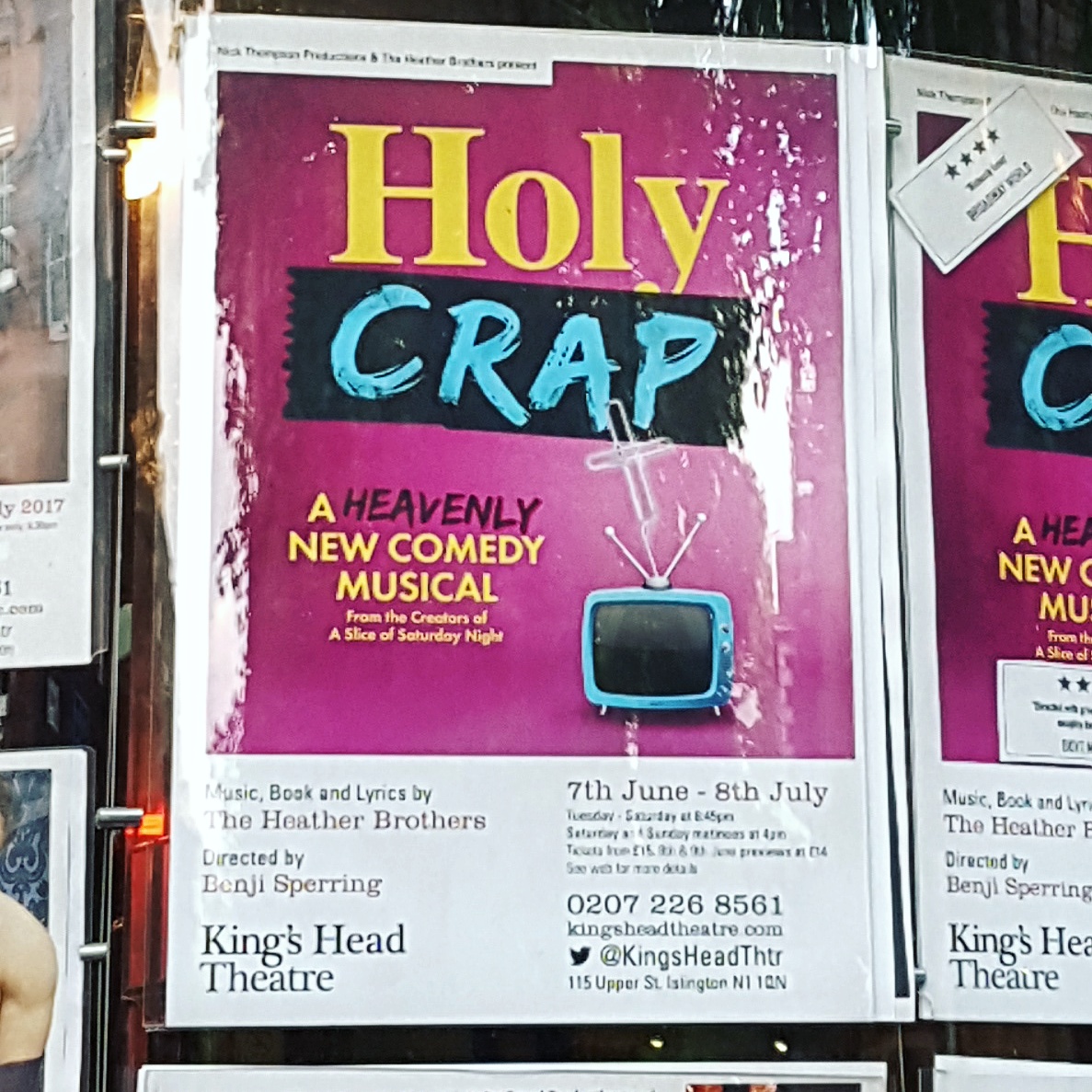 I love pub theatres! The King’s Head theatre is a decent little example of a perfectly acceptable pub theatre that hosts quirky little shows. One of those shows is Holy Crap, a heavenly new comedy musical.

Apart from the name and poster, I had no idea what to expect; anything I could have come up with could never have lived up to the insanity that actually happened.

The basic premise of this hilarious musical is this: a successful American televangelist preacher comes to England to open the UKs first pay-per-view religious TV channel.

As anyone who has met the british public at large could predict, the channel is a huge flop. To increase viewing numbers, our greedy televangelist comes up with a brilliant idea! How could people know what sins to avoid if they didn’t see what sin looks like? The solution is obviously religious themed hardcore porn! Predictably the channel becomes a huge success but the more conservative co-host has doubts about whether this is where the channel should be going, then the mafia get involved and everything goes as batty as a drunk Bruce Wayne gearing up to smash Supes into dust.

This show is extremely raunchy, silly, and absolutely not appropriate for those who take religion in general, and Christianity specifically, very seriously. But if you enjoy a good riffing on popular religious tropes, (w)holy inappropriately raunchy bible themed sexual content, clearly clerically unapproved and absolutely not pious fetish gear, and of course enthusiastically immoral catchy tunes, GO SEE THIS SHOW!

I could totally see this as a larger, glamorous West End production, it’s just SO GOOD!