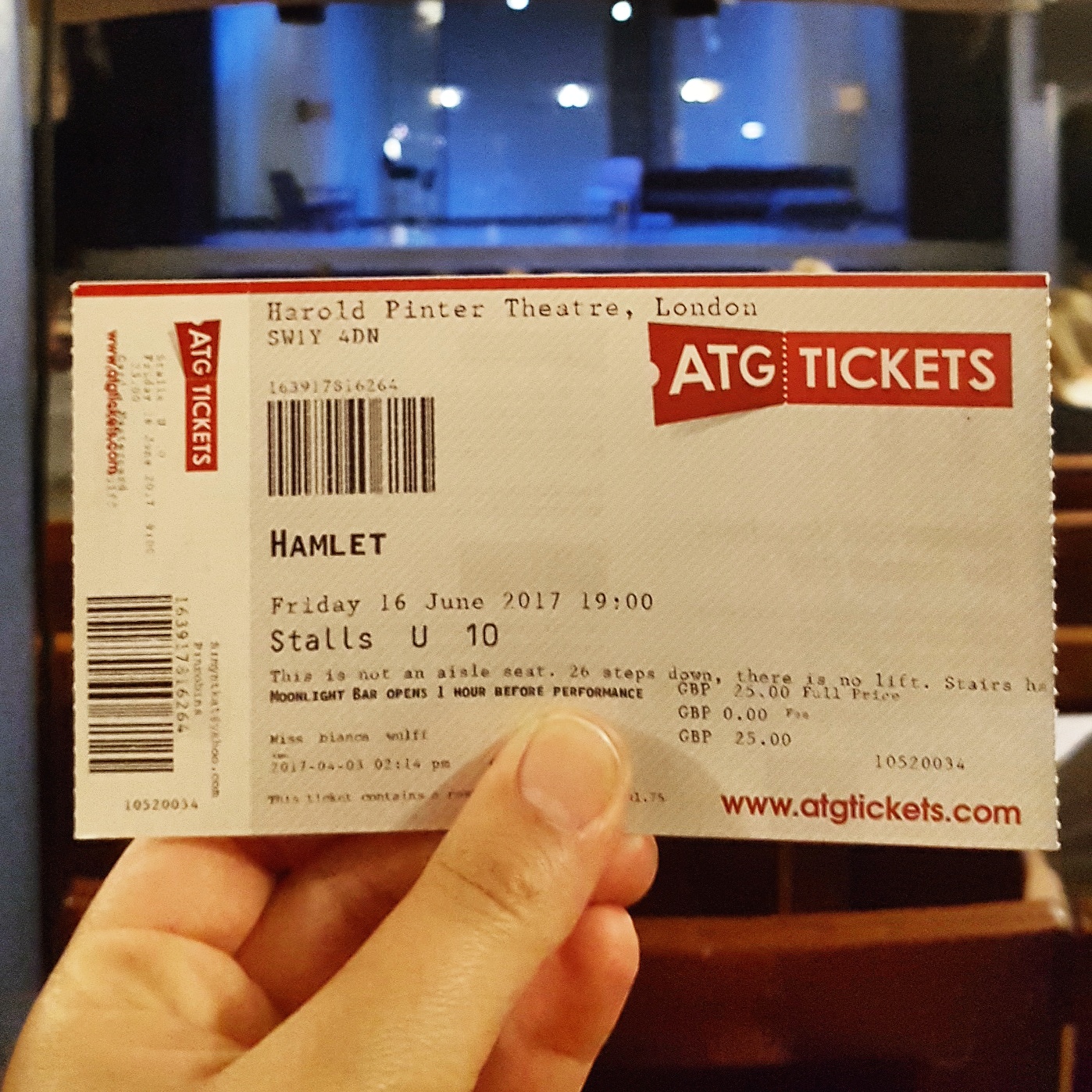 I missed out on the sold out Almeida run of this production, so when the move to the West End was announced, I scrambled to grab tickets. I love a well done Hamlet production and this one is absolutely superb!

Robert Icke’s production sees Hamlet modernised and traditional all at once, with a very modern stage and costume design that transports the Danish prince into the twenty-first century while keeping the original language that makes Shakespeare such a delight to listen to; this juxtaposition is stunningly well done and creates a mysterious, intense overtone that is an absolute pleasure to watch.

While all actors on stage were superb and lent depth and feeling to their characters, Andrew Scott delivers an intense stand-out performance. I have seen many versions of Hamlet, but this was the first that made the troubled royal seem human, real person rather than character.

Soliloquies aren’t just belted out to the audience, but carefully crafted almost as inner monologues with pauses and introspection, making Hamlet more human and relatable than I’ve ever seen, and absolutely captivating to watch. Even with the 3 hours and 35 minutes runtime, Scott’s performance commands unbroken attention and compassion, lending new dimensions to the well-known character that create more depth than I thought possible.

This production of Hamlet created such waves of emotions, as soon as the last syllable was uttered, the entire auditorium jumped out of their seats for a very deserved, thundering standing ovation that rippled through the audience like a storm through the ocean.

I would gladly spend another three and a half hours in a theatre to experience this profound and fresh staging of a well worn play all over again.