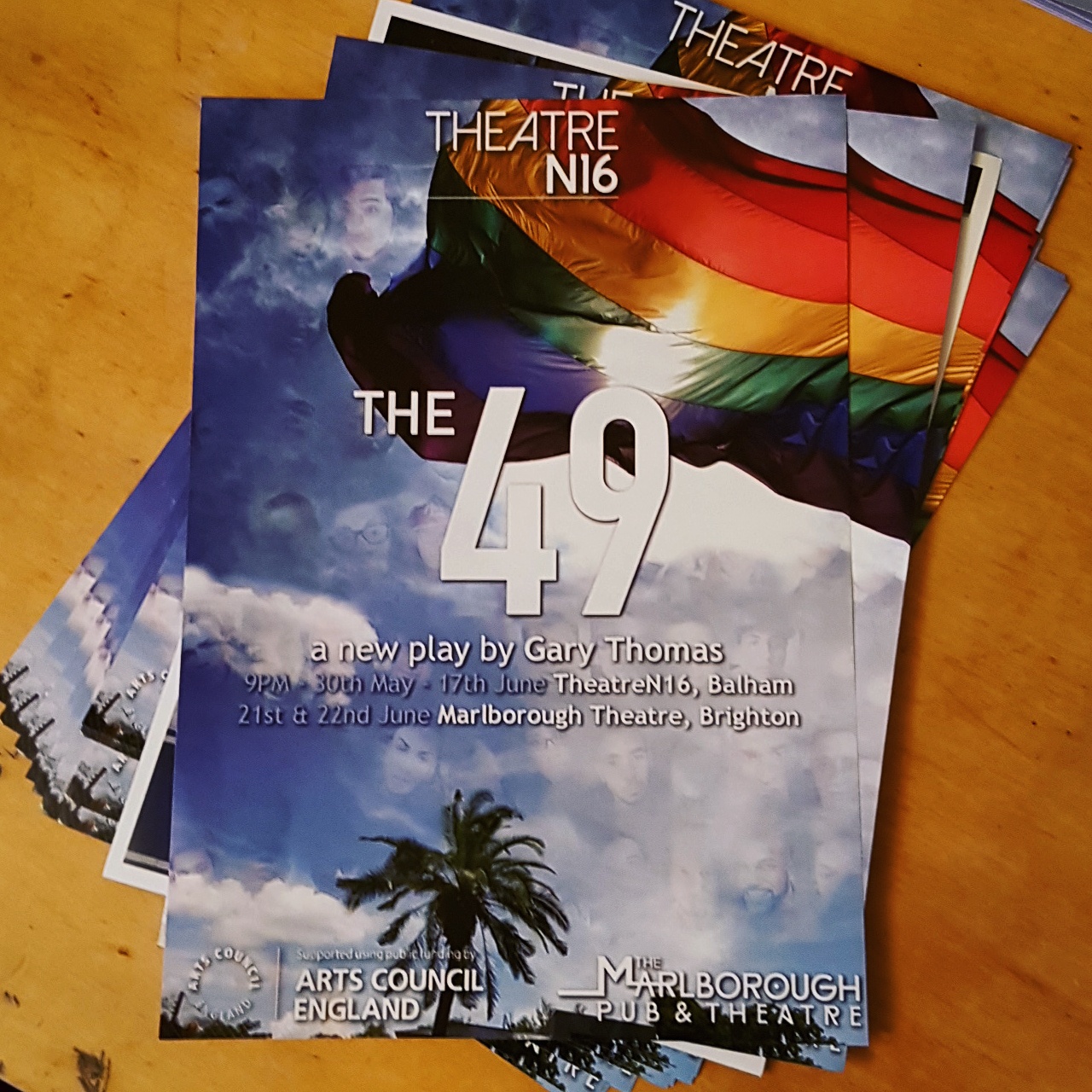 I read about The 49, the new play by Gary Thomas,  and was immediately intrigued, a play in honour of the 49 victims of the Orlando nightclub shooting could be great or horrendous, depending on how the topic is handled, so I had to see for myself.

The play is very pared down, with just one large sofa as a prop, and only three actors to fill the roles. The scale and closeness creates a sense of intimacy and works very well for this story.

The 49 focusses on Carlo, a young gay man who only just moved to Orlando and is trying to find a footing in the city. He is taken in by Jessica, a boisterous, bright woman who introduces him to the LGBT+ scene as well as her house mate and friend Tom, who Carlo quickly falls in love with. The trio spend many nights at Pulse, the nightclub that became the scene of the atrocious attack.

Throughout the play, Carlo speaks directly to the audience as the narrator, guiding us through his life and experiences in the run-up to the tragedy. The story is very well paced, beautifully written and brilliantly played by the three actors, all three characters feel relatable and real, like you could just chance to meet them anytime out in real life. Their motivations and characters are laid out so well and their flaws make them convincing.

The story ends in the obvious crescendo of the brutal attack that left 49 people dead, with Carlo narrating a harrowing tale of surprise, fear, desperation, devastation. This is not feel-good theatre by a long shot, but it’s personal, emotional, and a beautiful tribute to the victims that were so suddenly and needlessly robbed of their futures.

A wonderful, small fringe production that leaves you with a pit in your stomach and tears in your eyes, an absolutely intense experience.