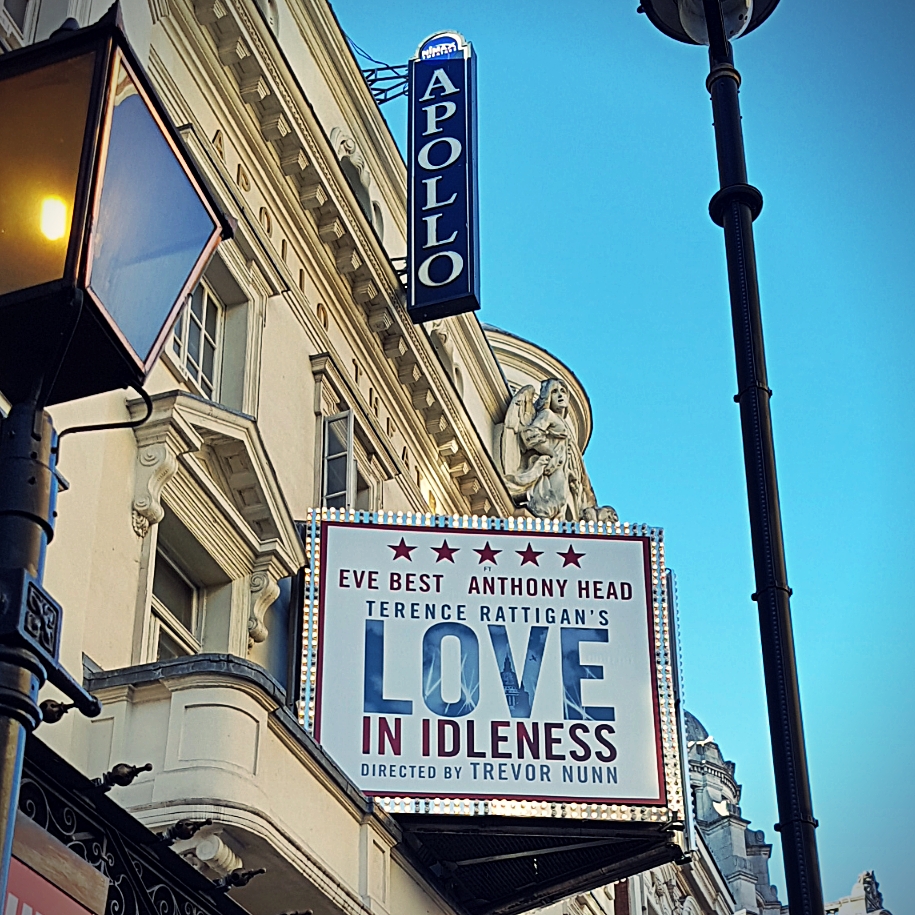 Last week we went to see Love in Idleness during its limited run at the Apollo Theatre, starring Eve Best and Antony Head.

The theatre itself is one of the more gorgeous ones, with grandiose decorarions in red and gold and all the grandeur of an old theatre. I love visiting these old theatres, while the seats may not be the best anymore, gazing at all the intricate designs always makes it worth it.

Love in Idleness is a comedy set in 1944, it focusses on Michael Brown and his mother Olivia. In the final years of the second world war, Michael returns home after four years in Canada, having been one of the millions of children evacuated from England to protect them from the raging war. The years overseas have seen the boy grow into an 17 years and 11 months young man with liberal leftist ideologies like so many of the post war generation.

As he returns, he find his lower working class widowed mother has become the mistress of wealthy industrialist and cabinet minister John Fletcher. The two men clash heavily over their ideologies and young Michael takes offense to his mother’s new high society lifestyle, bearing so little similarity to the barren and desperate worker’s life he left her in when he was sent away.

Olivia revels in the grandeur and ease of her new life and is torn between her son and her lover. The play shows her as a woman who, quite typical of the time, did not live a life of her own but existed to please the men around her. The new found wealth she experienced with her lover gave her the freedom to become a person with a life of her own, not having to tend to the basic needs of the household as servants were at the ready. She blooms into a personality so strange and different to her what Michael knew her as, he struggles to accept this new life of hers.

The manipulative and money hungry wife of John Fletcher plays a large role as both John and Michael try to enlist her to further their own goals. It’s a delightful 40s comedy of struggles, love and coming of age. Interspersed with the play are screenings of end-of-war news casts, giving the setting life and depth.

There were many funny moments in this play and we enjoyed it a lot. It was somewhat sad to see a woman torn between pleasing the two men she loved the most, so symptomatic of that time period, but the comedic happenings lightened the mood continually and led to a brilliant conclusion of events.