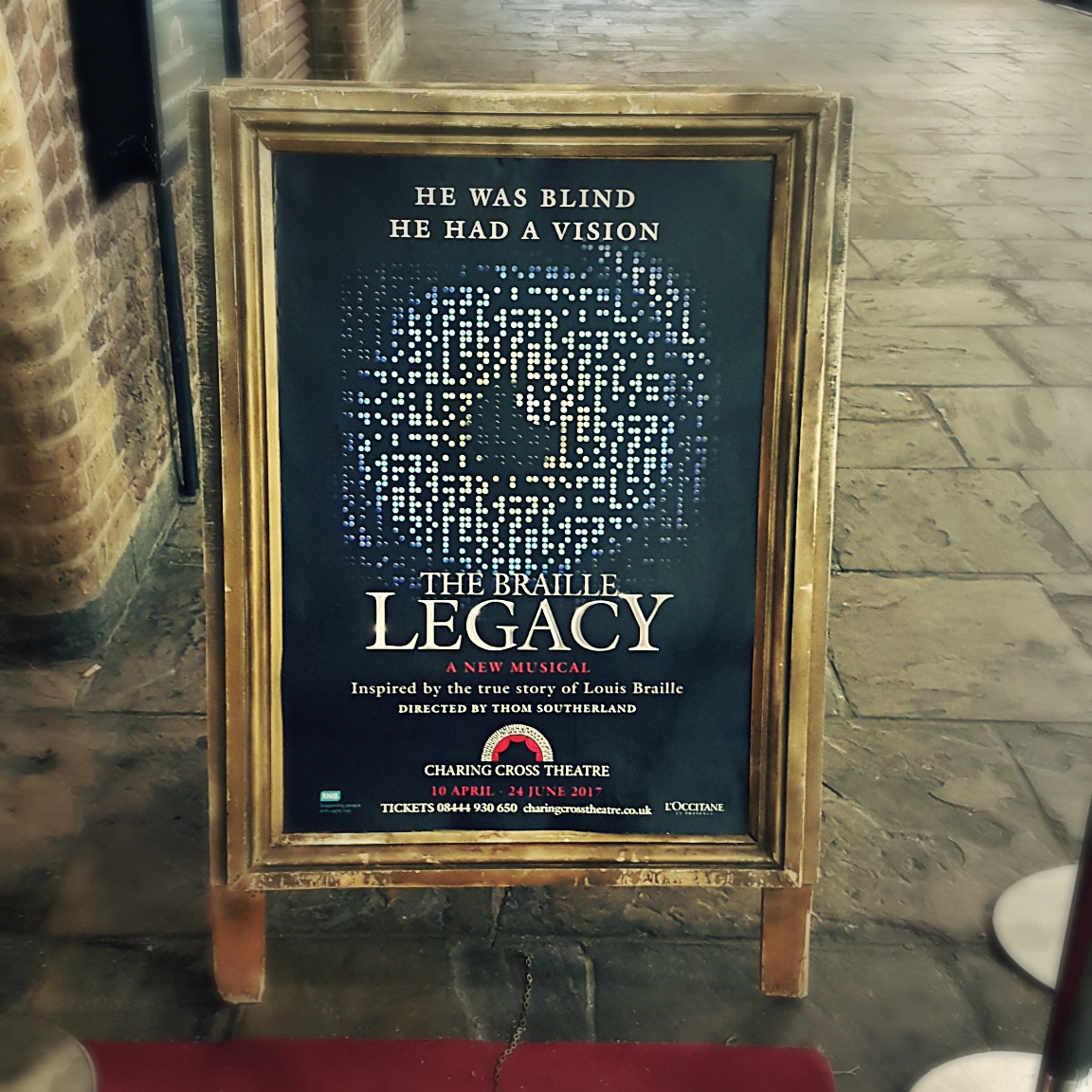 I was fortunate to get to see The Braille Legacy at the Charing Cross Theatre this week. The theatre is located directly in The Arches at Charing Cross and is relatively small. Unfortunately the staff was very reserved and not in the least helpful to patrons, but this is no fault of the production itself, so let’s put that aside.

The Braille Legacy tells the story of Louis Braille, an early 18 hundreds Frenchman who, as a teenager, developed and publicised the still in use today writing and reading system for the blind named after him. This opened up the world of books and higher education for blind and sight impaired people around the globe.

The musical tells his story and that of the Royal Institute For Blind Youth, a ramshakle, underfunded school at the time. The music and lyrics reminded me a lot of Les Mis in their emotional directness, idealism and struggle, I really enjoyed the strong voices and haunting melodic vocal background, provided by a strong, young cast.

The story is beautifully constructed with tragedies, struggles and successes. At times characters felt a little too tropey with villains and heroes so clearly and transparently set out from the start, but the gorgeously sappy score let me forgive the lack of depth.

The costumes were beautiful and simple, with pure black for adults and white for the children. The only thing that truly bothered me was that there were no blind actors involved and blindness was portrayed through sheer black blindfolds. In a story about the struggle for equality and visibility of the blind it would have been great to see non-sighted people involved on stage.

The young children in the cast were especially inspiring with strong acting and singing skills, look out for these ones in the future, I’m sure they’ll go far! I loved the musical production and can absolutely recommend it.