I had been planning a trip to Dover for a while now and the date finally rolled around! Luckily the weather was on our side and it turned out to be the first bright, sunny, warm weekend of the year. We took a not-too-early train and arrived at the cliffs just after tourist information opened. 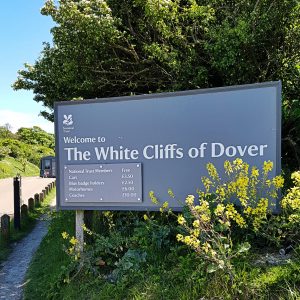 We picked up a map and followed the path closest to the cliff edge. Once the unsightly ferry harbour was out of sight, the view was simply gorgeous! 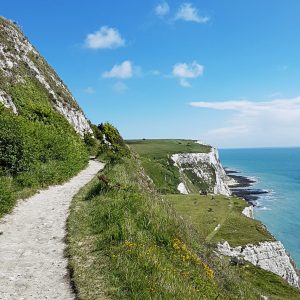 As the day was clear and sunny, we could see all the way to the French coast 20 miles across the water. French phone signal is much stronger than British, which isn’t surprising as signal coverage in the UK is the worst I’ve ever experienced, so my phone kept switching to French providers. (Which is fine as I have free roaming) 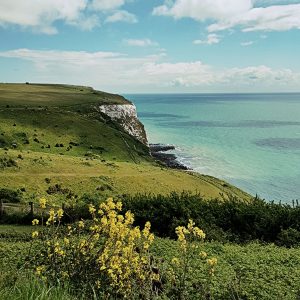 Halfway up the cliffs we found Fan Bay Deep Shelter, which was used as temporary military barracks and later, as the name suggests, a deep shelter, during WWII. We took the shelter tour, which leads down into damp, eerie tunnels. 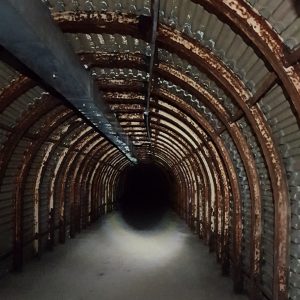 Some effort was made to block entry to these tunnels long before they were taken on as a project worth conserving by the National Trust, but people always found a way to slip through the cracks.

While most of the tunnels are reinforced, some are bare chalk and bear carvings and markings from the 40s, some of which are quite fascinating and elaborate. 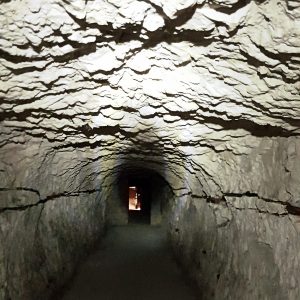 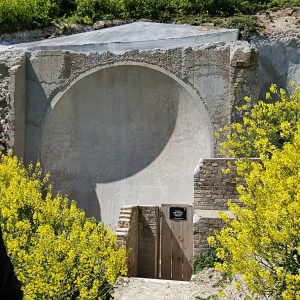 The shelter tour was really good and well worth the price.

We then went on to the South Foreland lighthouse, beautifully perched on the white cliffs, overlooking a sandbank in the water. Nowadays all navigation is done via satellite, so this beauty was decomissioned in 1988. It is very well preserved though and well worth a guided tour. 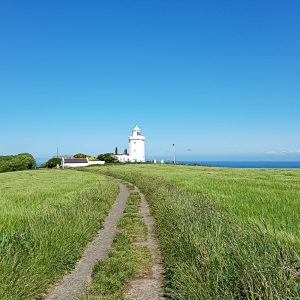 Almost a thousand ship wrecks accumulated in the sands, even after this Victorian lighthouse was built, the first to use electric light! We even got to crank up the weights to get the light spinning again! I absolutely love lighthouses, they’re just so beautiful! 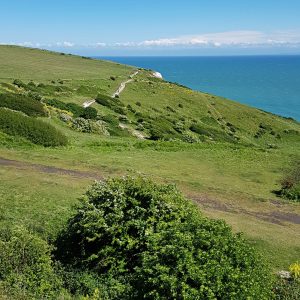 We took a different path on the way back, staying higher on the cliffs and enjoying the whispering of the wheat fields. 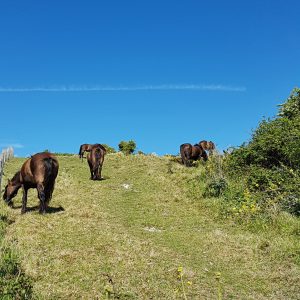 On our way back down, we finally spotted the Exmoor ponies, used to control the growth and diversity of plants on the cliffs.

It was a gorgeous trip and absolutely a must-see destination, I’m rating all three, the white cliffs, the Fan Bay Deep Shelter, and the South Forelands Lighthouse, five out of six rainbow sloths.