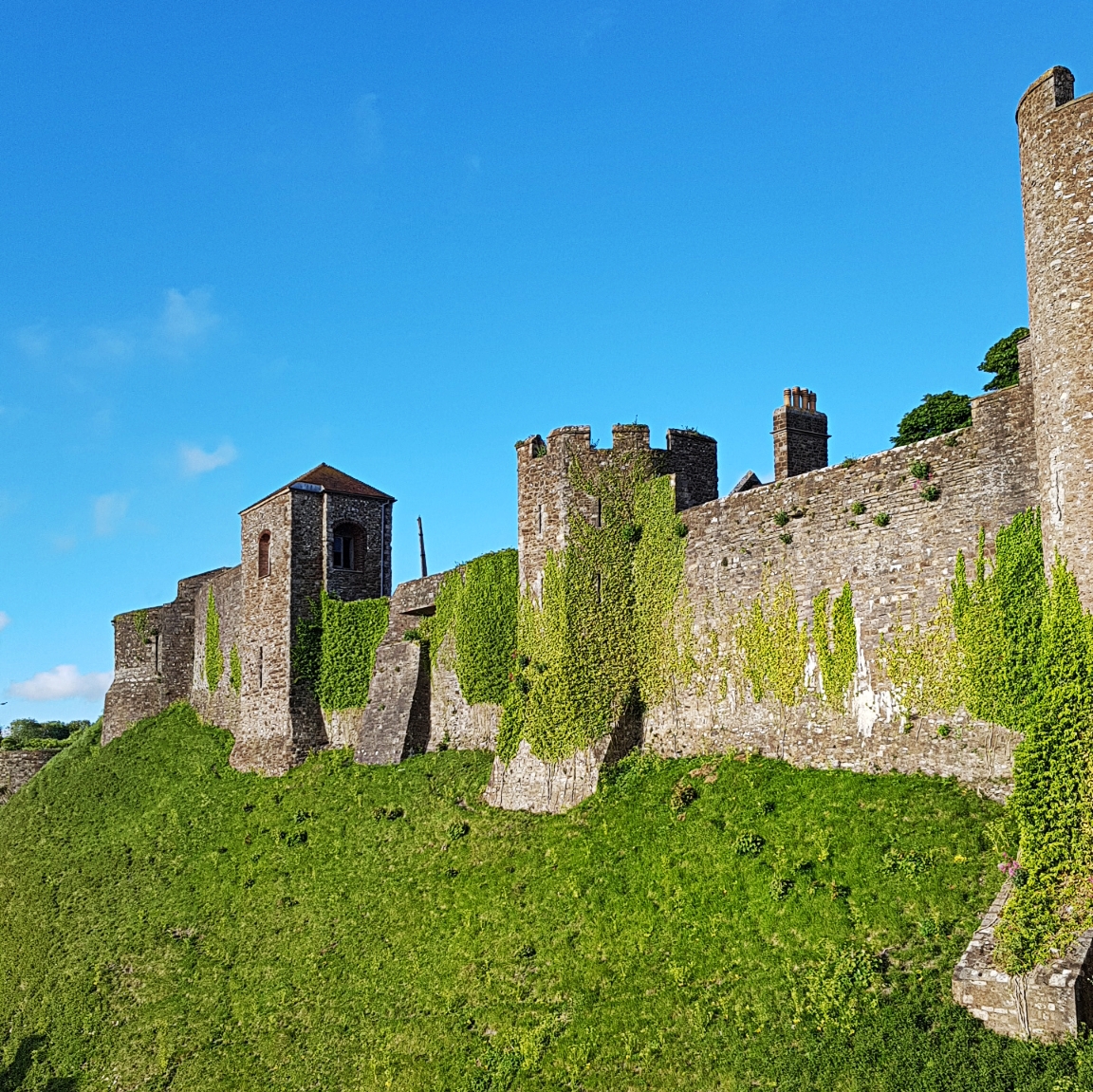 After a long day at the white cliffs, our next destination was Dover Castle. We arrived rather late, so only had a little over an hour to explore, but as there was a special event at the tower after hours, we knew we’d have an opportunity to adventure through that area later in the day.

The castle grounds are quite expansive and there are many outlying buildings within the outer walls. We started off by taking the second to last tour of the day through the war tunnels, which is a mostly automated 50 minute experience; I honestly thought the automation was gimmicky and unnecessary, I could have watched a documentary if all I wanted was voice overs and images projected on walls, the short period of time when we had our guide actually talking were much more interesting.

The castle grounds stretch between buildings from different time periods and you are free to roam anywhere you like, from the oldest surviving lighthouse in the country, the Roman Pharos built around AD43, which you can actually walk into and touch, over the Anglo-Saxon church right next to it, to the great stone castle itself, which dates back to 1180.

With such a strategic location, overlooking the shortest sea crossing between England and the continent, the castle has a vast and varied history, much of which has been preserved and documented. There have been settlements, forts and fortifications in this spot since the iron age!

After closing time we headed straight to the great tower, which is beautifully outfitted with furnishings and decorations mimicking it’s 12th century use, with royal bed chambers, a throne room, kitchens, church rooms, schools and armories. The staff was stellar and very willing to engage in conversation about the exhibition. The tower alone is worth the entry fee, with a plethora of rooms to explore and a stunning view from the battlements.

Sheep are kept as versatile lawnmowers, they were grazing outside the castle walls when we left for dinner.

Dover castle is absolutely gorgeous, stuffed to the brim with history and absolutely worth a visit!