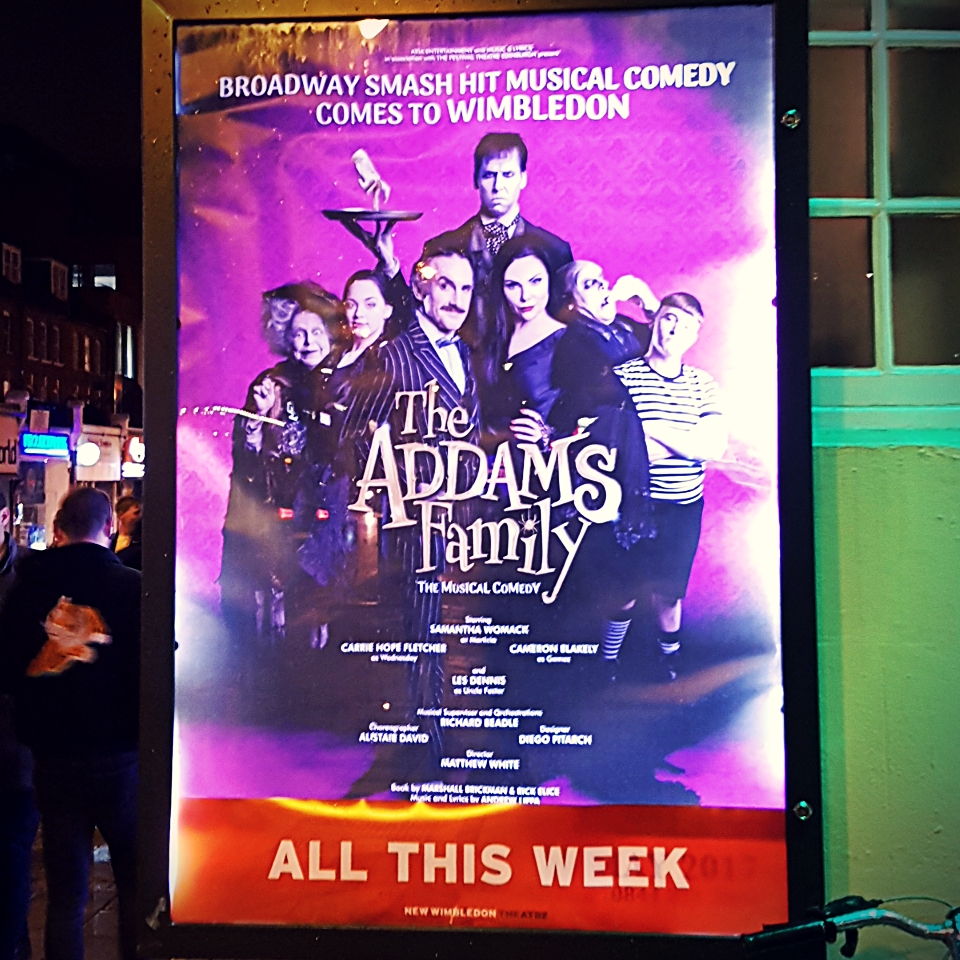 During my trip to Canterbury, I saw a poster advertisement for The Addams Family musical, I immediately researched tour dates and bought tickets for the one-week run in Wimbledon the next day. I just knew this one wasn’t to be missed, I didn’t even know how right I was yet!

I am a big fan of the Addamses, having devoured the 60s series reruns as a child, enjoying the 90s series as a teenager and having seen most of the feature films in between. Especially in my early teenage goth years, I absolutely adored Wednesday and Morticia and of course Gomez!

The Addams Family musical starts out with an introduction of the family, sung by Fester, and their yearly tradition of calling on the ghosts of their ancestors to join their family celebrations; a wild crowd in gorgeous costumes dancing across the stage.

It quickly emerges that this musical is all about love; Wednesday is in love with Lucas, a regular sportsy guy, Morticia and Gomez have their love tested, Lucas’ parents love is questioned and Fester’s love id questionable. As Lucas and his family come to meet the Addams family, hilarious problems are sure to ensue.

The tone and feel of the musical is delightfully perfect, reminiscent of the old 60s series and absolutely respectful to the characters. I loved every second of this show!

The only negative was once again patrons not returning to their seats in time and shuffling in as the second act already started. This seems to be a general problem with the New Wimbledon Theatre and is hardly a fault of the production.