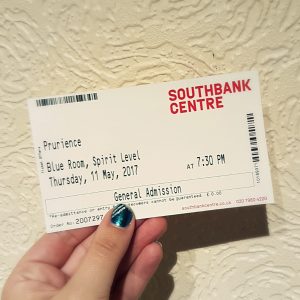 What followed was indeed experimental. All attendees were invited to sit in two large concentric circles of chairs, making it indeed feel like a casual group meeting; everyone was asked to wear name tags and write down their expectations for tonight’s meeting. It was a little weird but a nice opener for an immersive experience, once we had name tags, others referred to us by name and acted as if they’ve met us before.

“Chris”, the group leader, embodied a very stereotypical enlightened-hippy-yoga-guru-wellness guy, reminiscent of AwakenWithJP, welcoming everyone while smiling softly and nodding his head slowly from side to side. From there on out, the lines between who was actor and who spectator started to blur as we were invited to participate and share our own experiences and stories “completely without judgment”, as our group leader assured us, urging us to accept ourselves and everyone else.

The audience was slow to participate as it wasn’t clear whether we should, or if we were expected to just sit and watch the play unfold. With some of the actors it was much more apparent that they were, indeed, actors; this was partially because of the elaborate stories they immediately began to tell, and partly just because they immediately knew what to do when asked to help out. With other participants I’m still not certain whether they were actors or just brave audience members.

Halfway through the show there was a ten minute break with tea, water and cookies available, again deepening the feeling of being part of a group rather than watching a play. 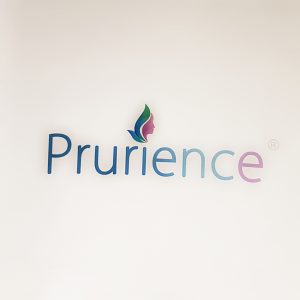 The second half became much more intense, with more conflict and questioning of intentions. I don’t want to give anything away about the ending, but if you’re uncomfortable with conflict or sensitive to strong emotions, this may not be the play for you, so maybe find a seat close to the door so you can leave if you need to.

I really enjoyed the surrealism that merged so closely with realism that it created a truly immersive experience unlike any other play I’ve seen before. The discussion round at the end was also quite interesting and there’s a beautifully haunting song to conclude the performance.

I’m rating this experimental play four and a half out of six rainbow sloths.