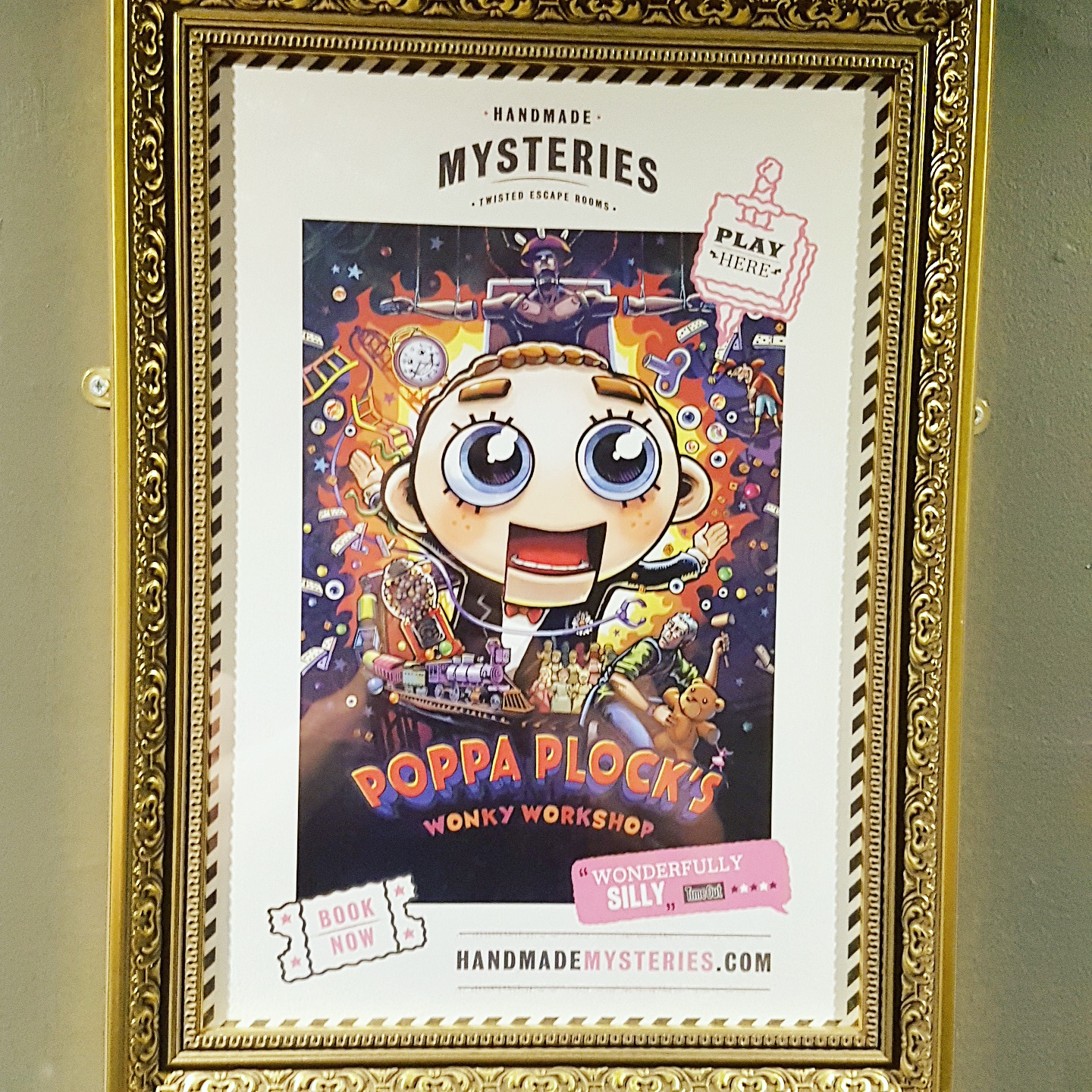 After playing Lady Chastity’s Reserve and really enjoying it, we jist had to try out Handmade Mysteries‘ new game, Poppa Plock’s Wonky Workshop. It’s located in the beautiful The Depot pub in north London. We gathered in the pub for a drink and waited for our time slot. A few minutes later, a man dressed as a toy soldier picked us up to lead us to our adventure.

We entered the room through a dark corridor and were handed a few torches. The setting is quite creepy, with the room themed after a toymaker’s workshop and sparesly lit. We immediately set to task and tackled the first few puzzles.

Whenever we finished a task, we were rewarded with a little more light and a very unsettling ventriloquist dummy started giving us hints and instructions. With a lot of other noise going on and the dummy speaking relatively quietly, it was at times difficult to hear what was being said, but the riddles and tasks all made sense and followed a logical story.

The room is filled with creepy toys and dolls, giving it a delightfully spooky atmosphere, the sparse lighting really added to that and made it a thoroughly enjoyable experience.

We did get stuck a few times, but the organisers of this room are focussed on making this game fun and give customised hints and clues when needed, not breaking character once. You can absolutely tell that they are passionate about what they’re doing and want their patrons to get full enjoyment out of it.

With six of us in the room, there were plenty of tasks and puzzles to work on without anyone feeling left out, so this escape room is definitely suitable for larger parties of four to six people. It would probably be quite difficult to get everything done with just two or three people though.

With so much attention to detail, clever puzzles, and great effects, Poppa Plock’s is a delight to play! Due to the noise levels being unbalanced, it was quite difficult to understand the voices giving us clues at times, but it definitely has the potential for awesomeness. You will definitely not be bored and with a record time of 51 minutes, it’s a fun challenge!