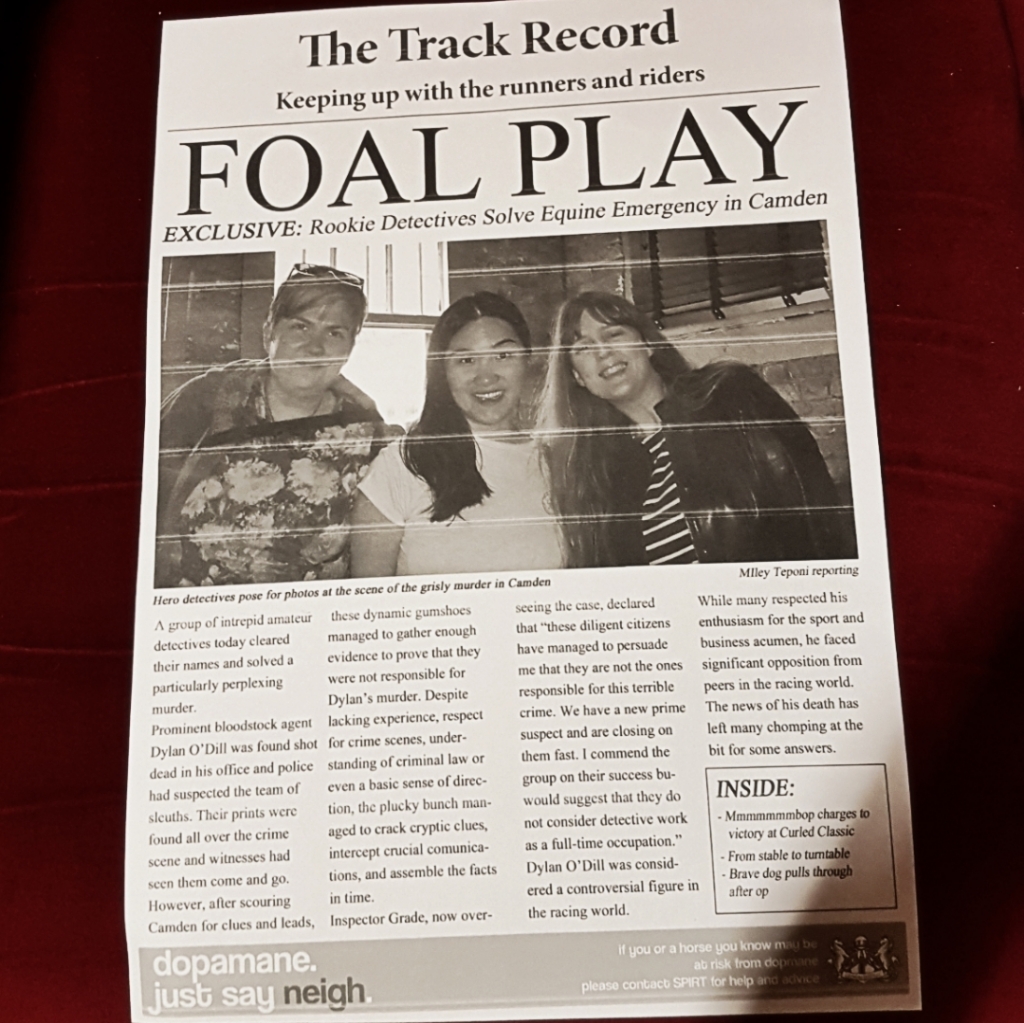 Today I got to go along to A Door In A Wall’s new Horses For Corpses, an outdoor murder mystery set in Stables Market in Camden. It is set up to be a 3 hour adventure in which you follow clues and solve riddles to find out who, why and how.

We gathered in the office at our assigned time and were joined by a few other participants in small teams. The assistant explained that he had just found his boss shot to death and needed help finding out who killed him. From there we were immediately thrown into action.

Armed with some information and a map, we took off to follow the clues. The map was quite easy to follow and clues not too hard to find, but there was a loooooot to read. We only skimmed a few pages but it turns out, you actually have to thoroughly read every single piece of writing and there really is a lot to read and digest.

Another downside was that quite lot of tech was involved and some of the interactive and vital clues only worked on one of our three smartphones, and only very slowly on that one. You definitely need a good data pack and a few phones to get through this.

There were several actors to interact with and again they give you a lot to read rather than telling you things, which is quite bothersome and less interesting than live interactions.

As there was a cheese festival in Camden Market, it was excruciatingly slow to get through the crowds, which meant we had less time to follow the clues. A little more preparedness for this circumstance or less clues to follow inside the actual market would have definitely helped here.

We did find the killer in the end and solved the case, but I feel like this game could have easily been boiled down to a phone app or interactive trail as it already relies so much on text and so little on interactions with actors. The website said we’d have time to have a break or some food in between solving clues, but this was definitely not the case, whether this was due to the festival slowing us down or the amount of clues to follow, I don’t know.

We did have fun and enjoyed the game, but there is a lot of room for improvement here.