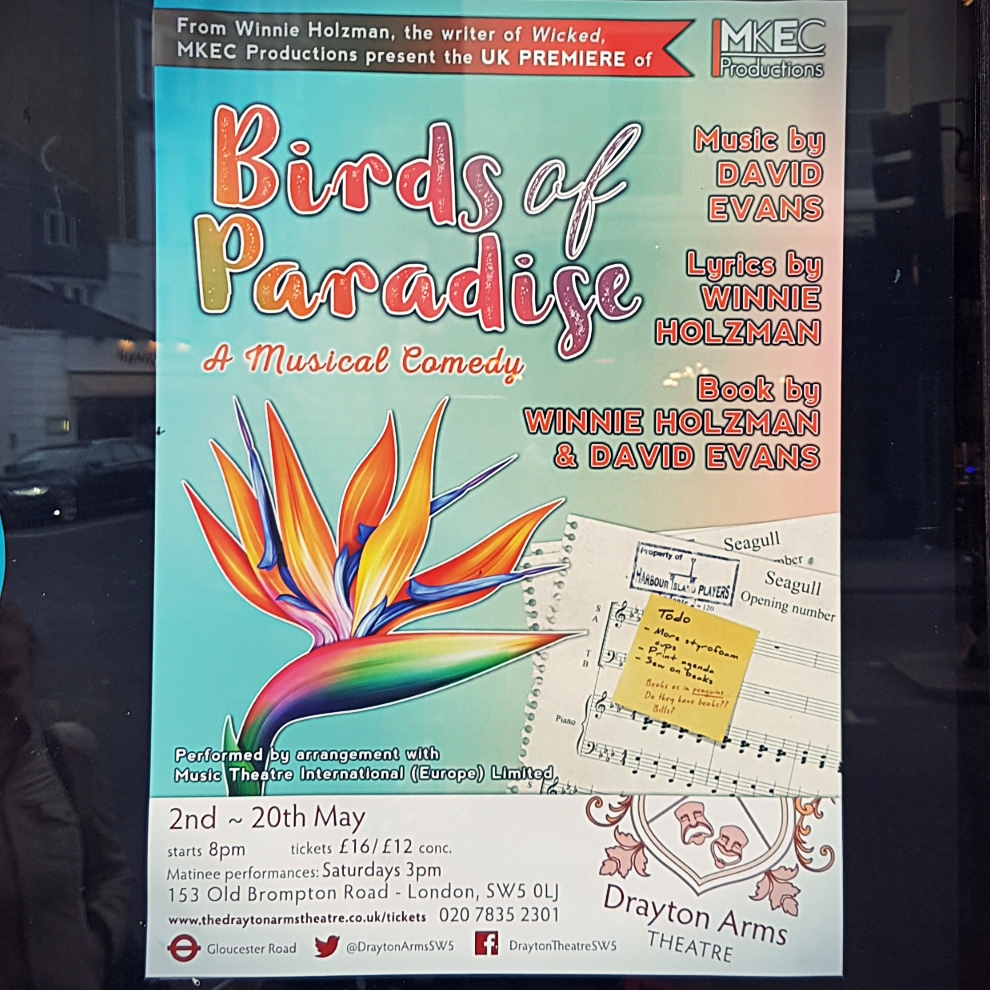 I ventured out to see the new musical Birds Of Paradise at the Drayton Arms Theatre. The Drayton Arms pub is always a good spot for a drink and dinner, serving up a good selection of up-scale pub food. The small theatre upstairs usually doesn’t open until a few minutes before the show.

Birds of Paradise is a musical about a small group of community theatre actors in a tiny American town, putting on an absurd musical version of Chekhov’s The Seagull. They are spurned on by a semi-successful actor from New York, connected to the troupe by being the brother of one and the high school sweetheart of another of the actors.

The setup, plot and songs were all great, with enthusiastic James Kenneth Haughan taking on the role of Homer, the plucky, young, aspiring writer, and carrying most of the scenes he was in.

Still, it was a very enjoyable musical and both Lottie Johnson and James Kenneth Haughan absolutely impressed with their full and beautiful voices. The troupe definitely made the most of the limited resources and presented a wonderful performance.