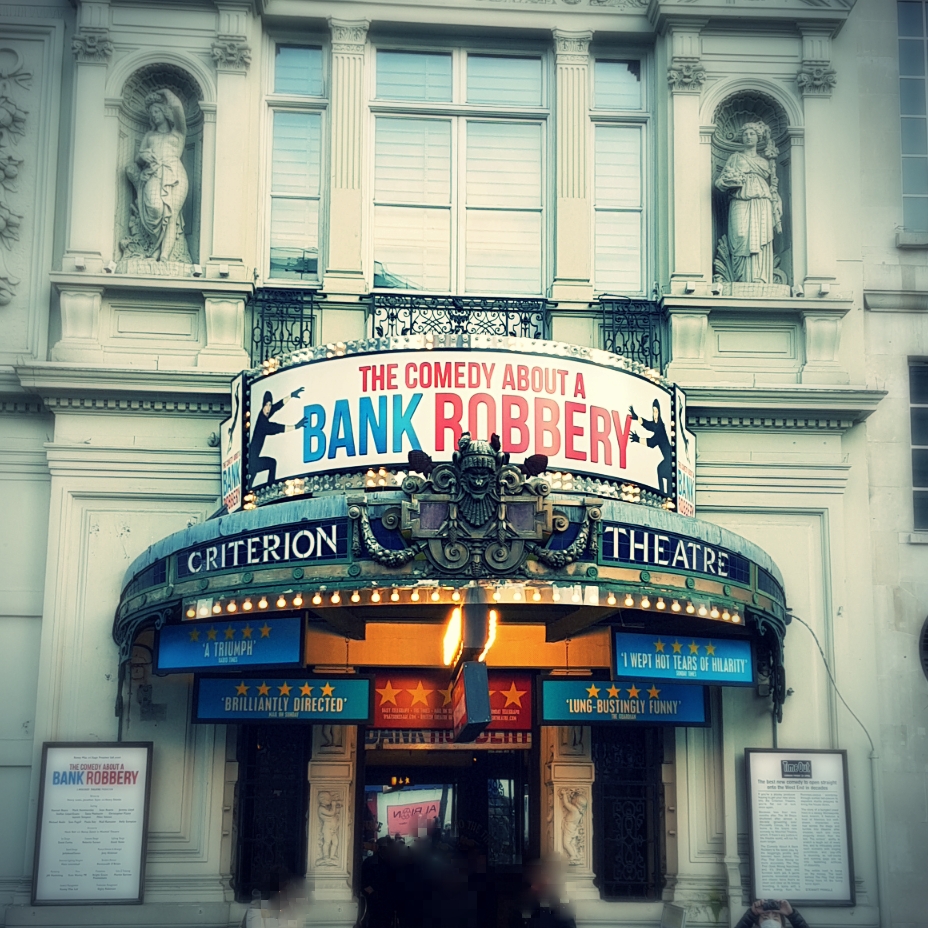 After having seen The Play That Goes Wrong a while back and having hugely enjoyed it, I really wanted to see The Comedy About A Bank Robbery by the same production company, Mischief Theatre. It is currently playing at the Criterion in Piccadilly Circus.

The play is a convoluted story about a prison escapee planning a bank robbery, with many mishaps and problems along the way. The various actors take on several roles and there are many cases of mistaken identity as well as tangled personal relationships.

With a simple but effective stage design, the main characters tumble from plan change to plan change, involving more and more people in the insane plan.

The first half of the play is definitely stronger on the laughs and absolutely hilarious, while the second half was more severe and thrilling. I definitely enjoyed watching the plot unfold and seeing everything that could go wrong, go wrong in hilarious ways.

A great show and a wonderful follow-up on the Play That Goes Wrong, this one is definitely worth seeing and will keep you laughing throughout.