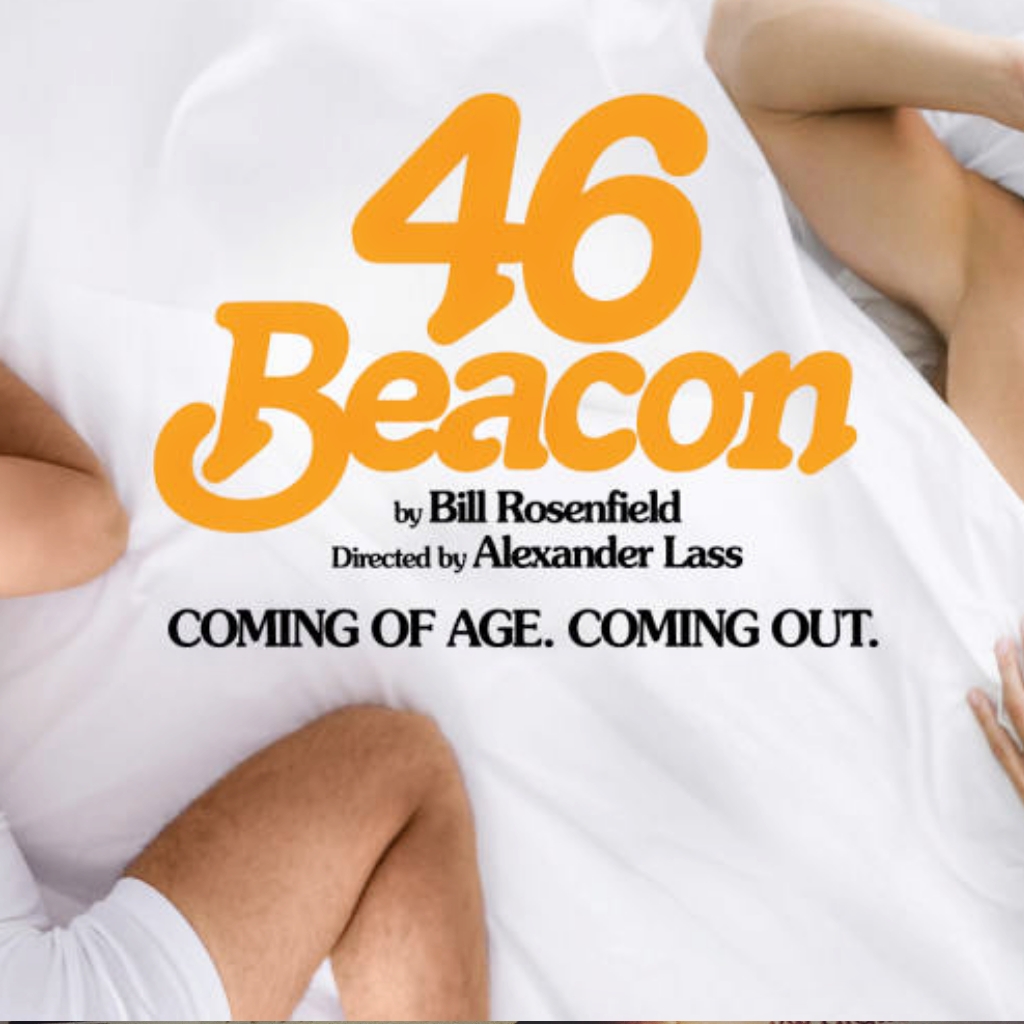 I was given tickets to see 46 Beacon at the Trafalgar Studios. It played in the smaller Studio 2, which is quite an intimate venue and absolutely perfect for this type of performance. Running just under an hour and a half, the play is performed in one continuous scene with no interval, which works really well as there are no breaks or scene changes that would suit to insert a break.

Bill Rosenfield described 46 Beacon as a semi-autobiographical account of a special night, and it plays exactly as that. Set in 1970 Bosten, in a hotel room at the titular address, charming and seemingly confident actor Robert, wonderfully played by Jay Taylor, seduces the much younger and naive Alan, portrayed by Oliver Coopersmith. During this funny and emotional encounter, both men reveal more and more about themselves and teach each other valuable lessons. Awkward and tense at times, touching and very sexy, with just the right amount of humour thrown in to make this play incredibly believable and personal.

Both actors build authentic characters, creating palpable sexual tension and playing incredibly well off each other. Together they explore sexuality, social expectations and politics in this fascinating narrative.

A well played and well written production, so close up and personal that it makes the audience feel almost voyeuristic, I am glad I got to see it.