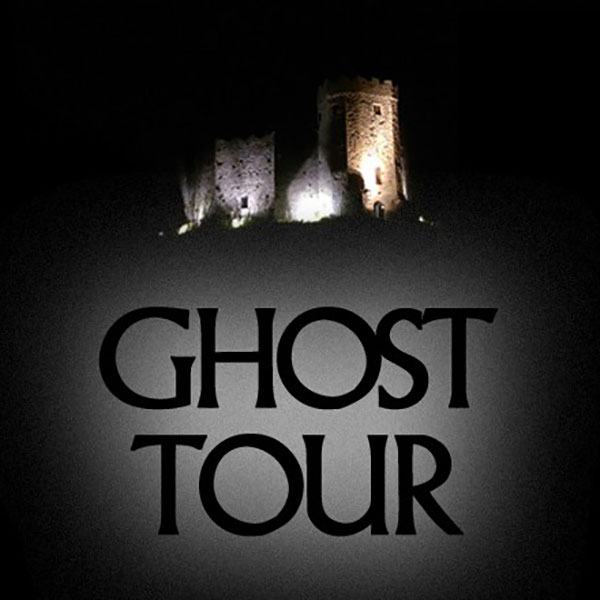 While on our trip to Cardiff, we had to give the Cardiff Castle Ghost Tour a shot! If you know me, you know I love creepy events and ghost tours of all kinds. As a disclaimer, I don’t actually believe in ghosts, but I have an opinion about paranormal phenomena. Ask me about it some time if we meet face to face.

Anyway, this tour was advertised as a two hour torch lit tour of the castle, including rooms usually closed to the public. It was a must see on our list!

Our tour was pushed back 45 minutes because of the chaos of the rugby game that evening, so we gathered at the entrance just past 9pm. After a short introduction and assurance that no tricks or gimmicks were used during the tour and that it was simply a tour detailing events and occurrences at the castle, rather than a ghost hunt type event.

We were first led into the clock tower, there are over 100 steps to climb to get to the room at the top, but it is worth every single step! The Summer Smoking Room at the top of the tower is truly extraordinary. Built for the purpose of exploring the supernatural and contacting the dead, it’s a marvel to behold. Intricate designs with meaning and purpose, it’s a splendid sight. We were treated to a few stories about seances and creepy sightings that happened in this place.

After we safely made it back down tye stairs, we went on to explore other rooms and stories. Mixed in with historical accounts and stories about the families that used to live here, our guide also added anecdotes of happenings during previous ghost tours in the castle. It’s quite fascinating and has a very spooky feel to it as our guide instructed us to turn off our torches while he spoke. Bathed in just a dim glow from the city lights, wandering glimmers from passing cars played quite a few tricks on our eyes.

Our tour guide was very professional and didn’t needlessly embellish or enhance his stories, but rather stuck to the facts and gave us a lot to think about.

While the tour itself is worth it just to wander through the rooms in darkness and see parts of the castle that are usually off limits, I did find that there were a lot of anecdotes about previous ghost tours, probably about as many anecdotes as actual stories and histories of the place. Personally, I thought it was a bit too much, though it didn’t detract from my enjoyment of the tour.