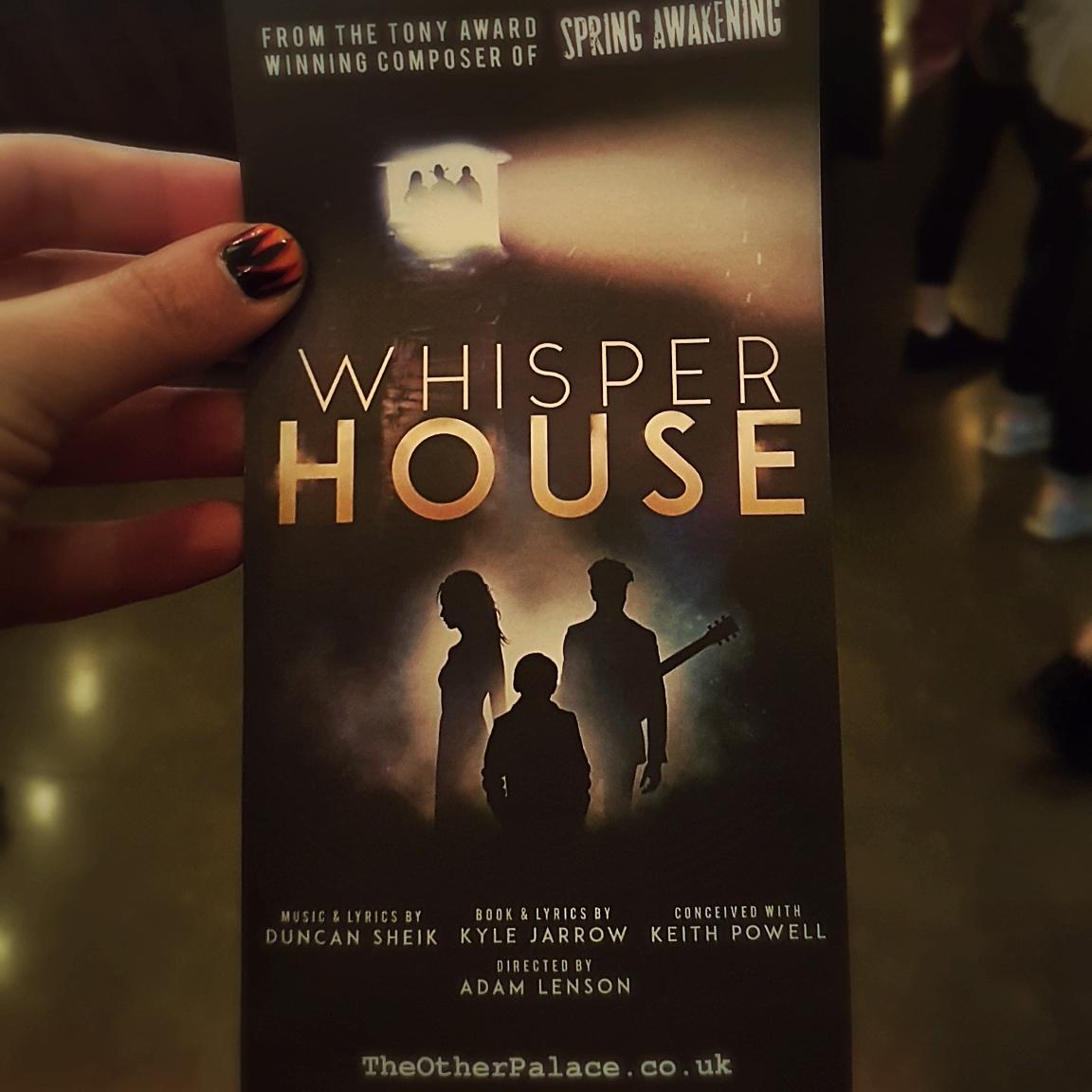 When I heard about the new musical production Whisper House, it sounded like the perfect evening entertainment. Being a fan of both the horror genre and musicals, I had to give it a go. Unfortunately the idea turned out to be better than the execution, but we’ll get to that.

Whisper House is set in a light house and focuses on the life of young Christopher, whose father die in the war, which led to his mother being admitted to an asylum and the young boy being sent to his aunt Lily. The aunt takes care of the light house with the help of her Japanese housekeeper and occasionally visited by the sheriff. All of the characters are being haunted by two ghosts who died at sea near the light house.

Unfortunately none of the characters seem fleshed out but are rather one-sided and very tropey. For example, the sheriff is a chain-smoker with anger issues and very obviously the bad guy even before he speaks his first word on stage. The story is similarly transparent and bland.

While I did enjoy the music, the problem with having a live band on stage in a small theatre is that the sound doesn’t balance out very well and thus the lyrics were often inaudible. Since many plot points were only revealed through song, this was incredibly distracting and took away a lot. All singers had great voices, but seemed to be fighting a futile battle to be heard. I really wish I could have understood the lyrics.

Another minus point goes to the interval! The musical is only just over an hour and a half in duration, so an interval absolutely wasn’t necessary and distracted from the mood that had been set by the first half.

Overall, this musical had so much potential and the songs, as far as I could tell, were fantastic, but the story is very predictable and none of the characters fleshed out.