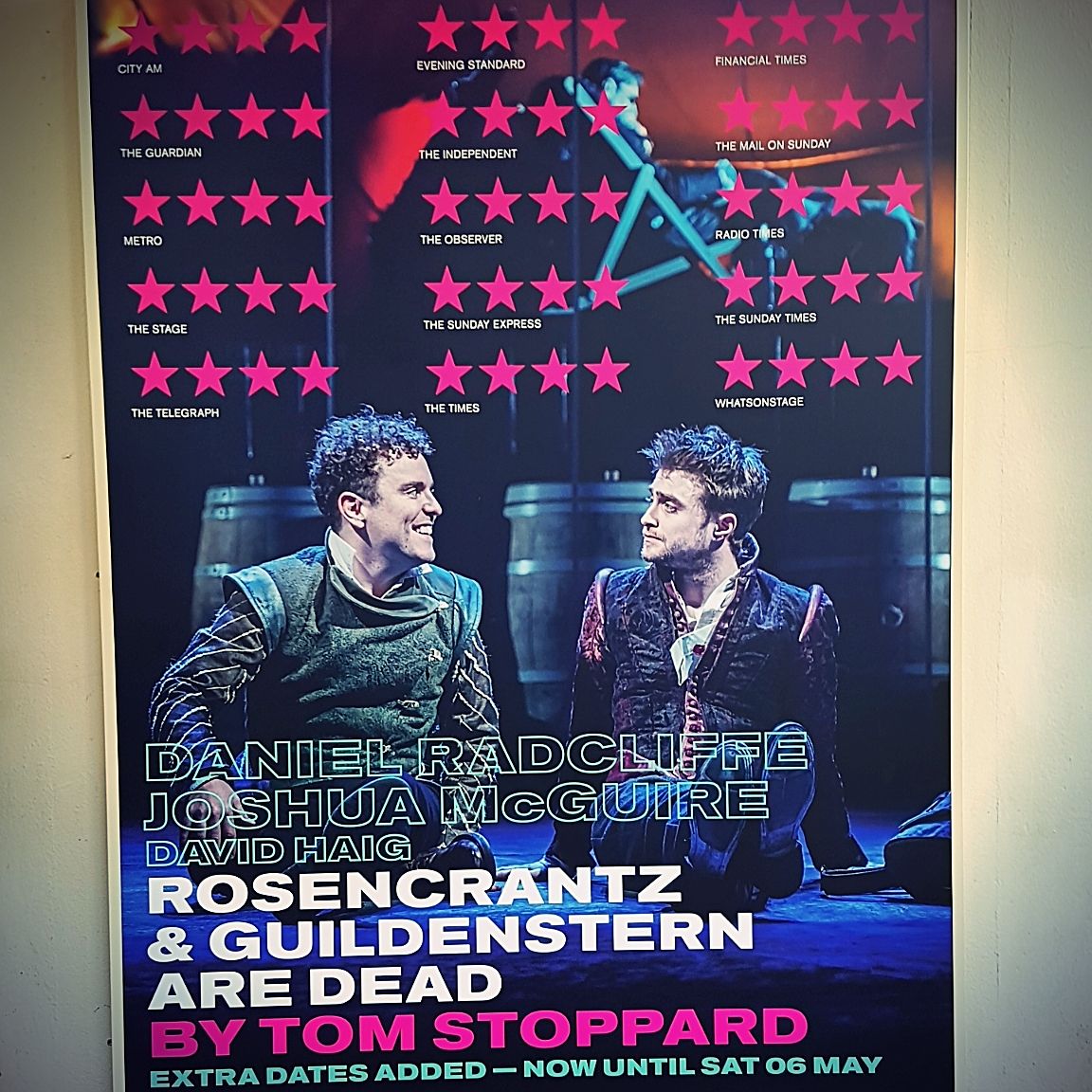 I couldn’t pass up the chance to see Tom Stoppard’s brilliantly absurdist play. In case you haven’t been introduced to the glory that is Rosencrantz and Guildenstern Are Dead, it is a play about the two minor side-characters in Shakespeare’s Hamlet who can’t quite remember where they came from, just having popped into existence, and experience Hamlet from the side lines off stage, only occasionally being involved in the action. It’s wonderfully confusing and bizarre.

The spartan stage design worked incredibly well to convey the sense of emptiness and confusion in the beginning of the play. Joshua McGuire and Daniel Radcliffe seem perfectly matched as the titular characters, especially Radcliffe’s rather stiff and monotonous acting style works great with this play as it seems to match the disorientation and puzzlement of Rosencrantz while McGuire contrasts and compliments this by putting more panache and spirit into Guildenstern. This resulted in the pair playing off each other perfectly and keeping even longer, slower scenes interesting in fresh.

Davig Haig, in his role as The Play, convinced even more and seemed to, at times, upstage his younger associates with ease but without malice, making his character the centre of attention. He effortlessly breathed so much life into each scene he was part of, it was so much fun to watch.

After having seen a fantastic play the night before, I wasn’t sure this one would hold up to expectations, but it absolutely did. Beautifully done and very enjoyable.