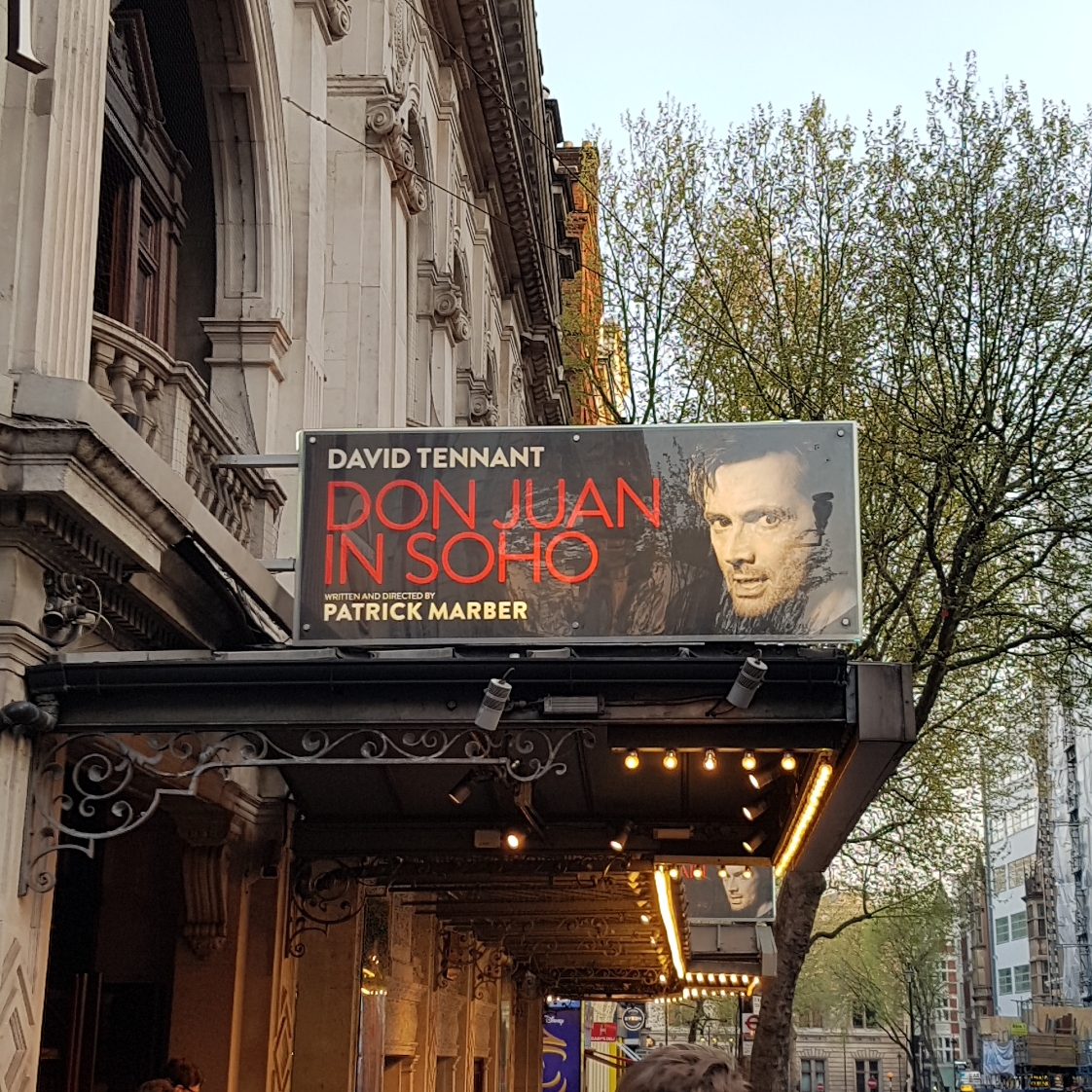 I bought tickets to this show months ago when they were first released and had been excitedly waiting for the big day! I gathered my friends who were attending with me and we climbed the stairs to the balcony.

From the first moment, I could see that Patrick Marber’s reimaging of this classic story was quite something to behold. Set in modern day Soho, London, the titular character wreaks havoc in numerous people’s lives as well as making a mess of his own.

David Tennant absolutely convinces as the callous, cruel and thoroughly hedonistic Don Juan, with tantalising charm, biting wit and sharp observation. The character’s seeming inability to process or understand emotions, his own as well as other people’s, is almost redeemed by the clarity and explicitness with which he summarises the world around him and criticises the social and economic climate of our modern civilisation.

The well written dialoges and diatribes are incredibly hilarious and poignant, devastatingly honest and terrifyingly close to reality. I don’t think I have laughed this much in a very long time.

With a very simple stage design that didn’t distract but supported the play, this show is absolutely worth seeing. Filthy, rude and hysterically funny.