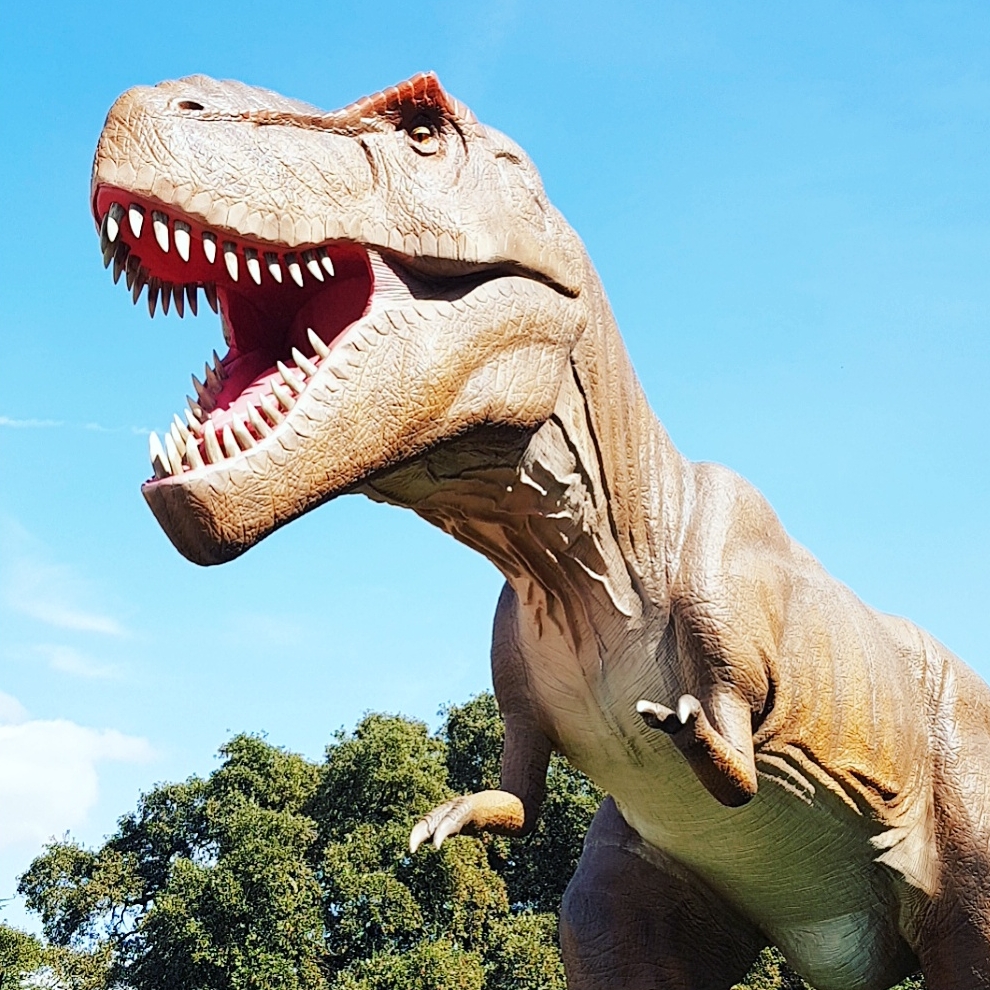 I heard about the Jurassic Kingdom event through the organisers of the Magic Lantern Festival. Obviously I had to give it a go and see the animatronic dinosaurs fpr myself. So on a sunny and warm Wednesday we headed to Osterley Park for some prehistoric entertainment.

After walking from the station and all the way through the park, we were greeted by a huge T-Rex happily growling at the crowds. It was quite the sight to behold.

From the entrance, we headed down a poorly secured path through the park, dinosaurs dotted along the side. Not all of the exhibits moved or made noise, but all were of good quality.

From small dinos over family groups to animated fight scenes, a large variety of artificial beasts was on display. Some were even anatomically correct!

While we had great fun exploring the park and finding all the dinosaurs, it was quite busy and at times difficult to wade through the crowds of unruly children running around.

The layout of the path through the jurassic kingdom left quite a bit to be desired. There was very little signage, poor fencing and a snaky back-and-forth trail that didn’t make it immediately obvious which way to go next. At the start of the trail there was even a swan’s nest with just a few loose ropes to keep people away, it didn’t seem to give the poor swan much of a berth and spectators got quite close to the bird.

All in all it was a very fun day out, with a few organisational flaws but plenty of animatronics displays to make up for it. The toilet situation was less than sanitary though and I’m deducting a few points for that.

Overall, definitely worth a visit with children but leaves a bit to be desired.