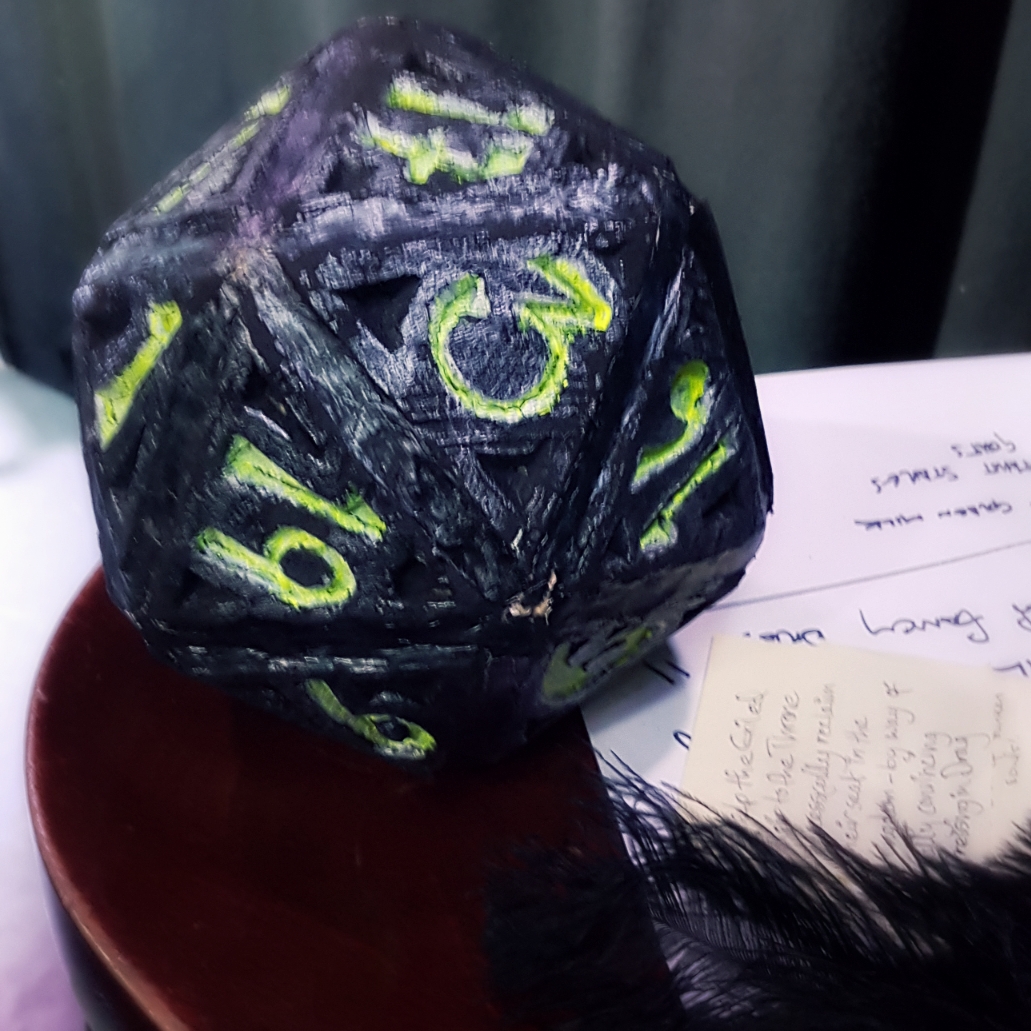 The MMORPG Show has snapped up a six month residency at the Angel comendy Club and of course we had to make our way there to witness yet another quest!

To preface this, I have seen this show before, several times, and I absolutely love it. It’s different every time as it’s mostly improvised around a set structure, so it stays entertaining every time you get to see it.

The show starts with our quest master, Paul Flannery, doing a short introduction to the concept and execution of the MMORPG (massive multi-player on-stage role play game) elements as well as a super cheesy and pun-laden comedy routine, which I’ve seen about nine times now, mostly unchanged, and am still amused by.

If you’ve played any kind of table top role playing game before, you’ll be familiar with the rules and gameplay. If you’re new to this nerdy realm, you may not understand some of the references and mechanics, but you’ll likely still be entertained. Or just thoroughly confused, who knows, give it a shot and find out!

The quest has a very basic skeleton provided by the host, but is shaped and determined ultimately by the questing party, made up of three eager adventurers picked from the audience, as well as contributions from the spectators. The main rule here seems to be “make it ridiculous”, so we end with the most insane hero and villain creations.

This evening’s quest was defined by its crowning moment in which a room full of goats in full drag were surprised with a close-range glitter bomb shot by a trebuchet. Which is absolutely the kind of thing that happens at the MMORPG show.

Surprisingly our team of adventurers actually made it to the end of the quest, which doesn’t happen a lot due to being side-tracked by hilarity or thwarted by the giant D20.  We saw a whooping four natural 20s this night!

Another funny show, excellently hosted by Mr. Flannery and brilliantly aided by the brave volunteers.