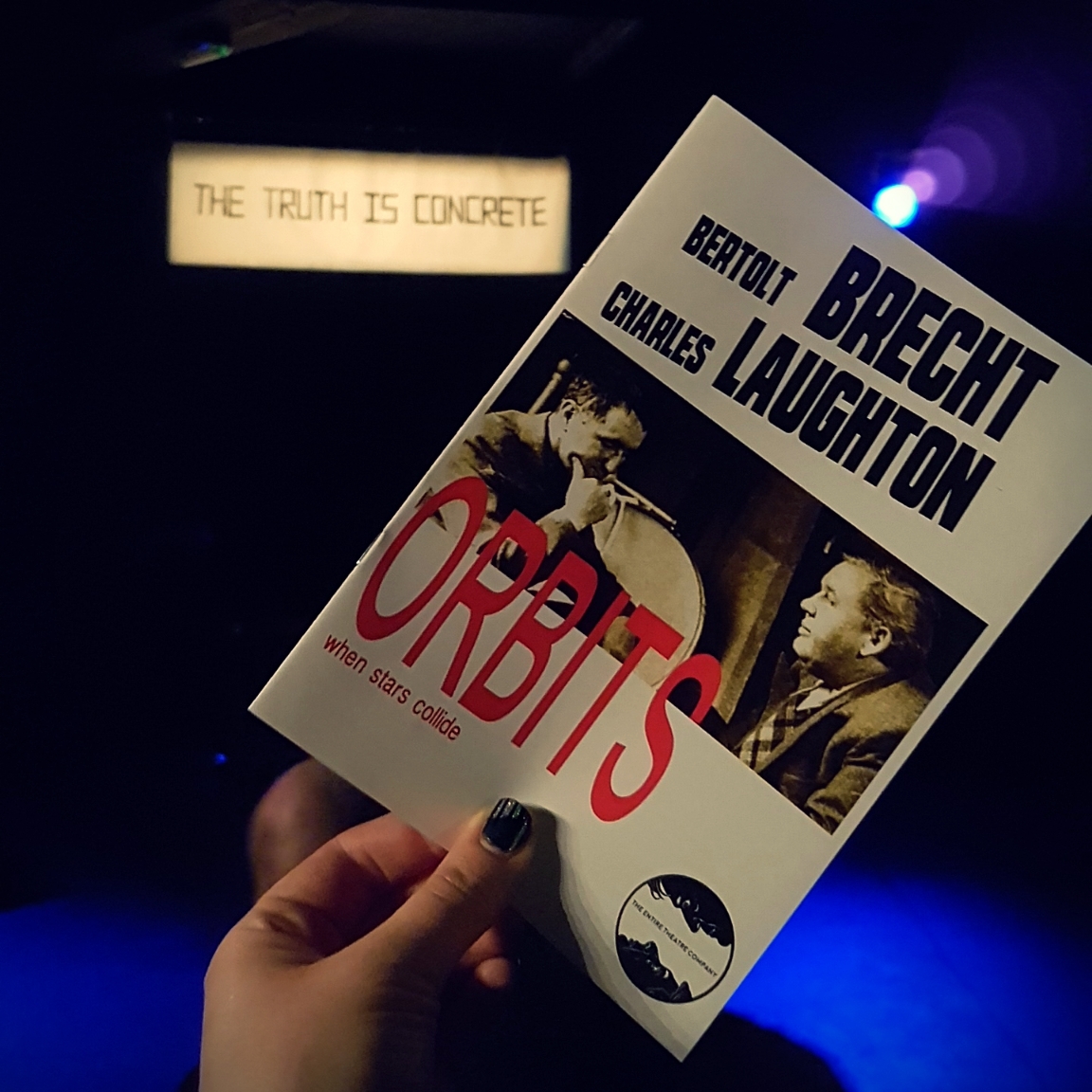 The Drayton Arms Pub Theatre was hosting a run of Orbits, a play about larger-than-life German playwright Berthold Brecht and Hollywood star Charles Laughton, following their interactions and struggles while translating Brecht’s play Life Of Galileo.

I love the theatre pub culture in London, many smaller pubs have a, usually painted solid black, room for small theatre groups to stage their performances in. If you do go to a theatre of this kind, do please support them by buying a program or donating a bit of money as they keep a vibrant independent small theatre scene alive and often struggle to break even.

Before the show, I had dinner at the pub itself, which seems quite Hipster and teeters on the edge of becoming pretentious. It does feel like a quirky, comfortable atmosphere though and the food they serge is incredibly good!

Orbits is a very small and intimate show, with just two actors and minimal props. It starts slowly and manages to uphold its intimate, almost voyeuristic feel throughout as we observe Brecht and Laughton engaged in private conversation.

Both Laughton, as a gay man in 1940s America, and Brecht, as a politically left leaning foreigner in 1940s America, mirror the struggles portrayed in Brecht’s play, which gives an interesting depth to the story. Though it seemed slightly wobbly and slow at times, it made for excellent viewing with passionate portrayals of fascinating moments in time.

I really enjoyed this play, despite a few smaller issues here and there.