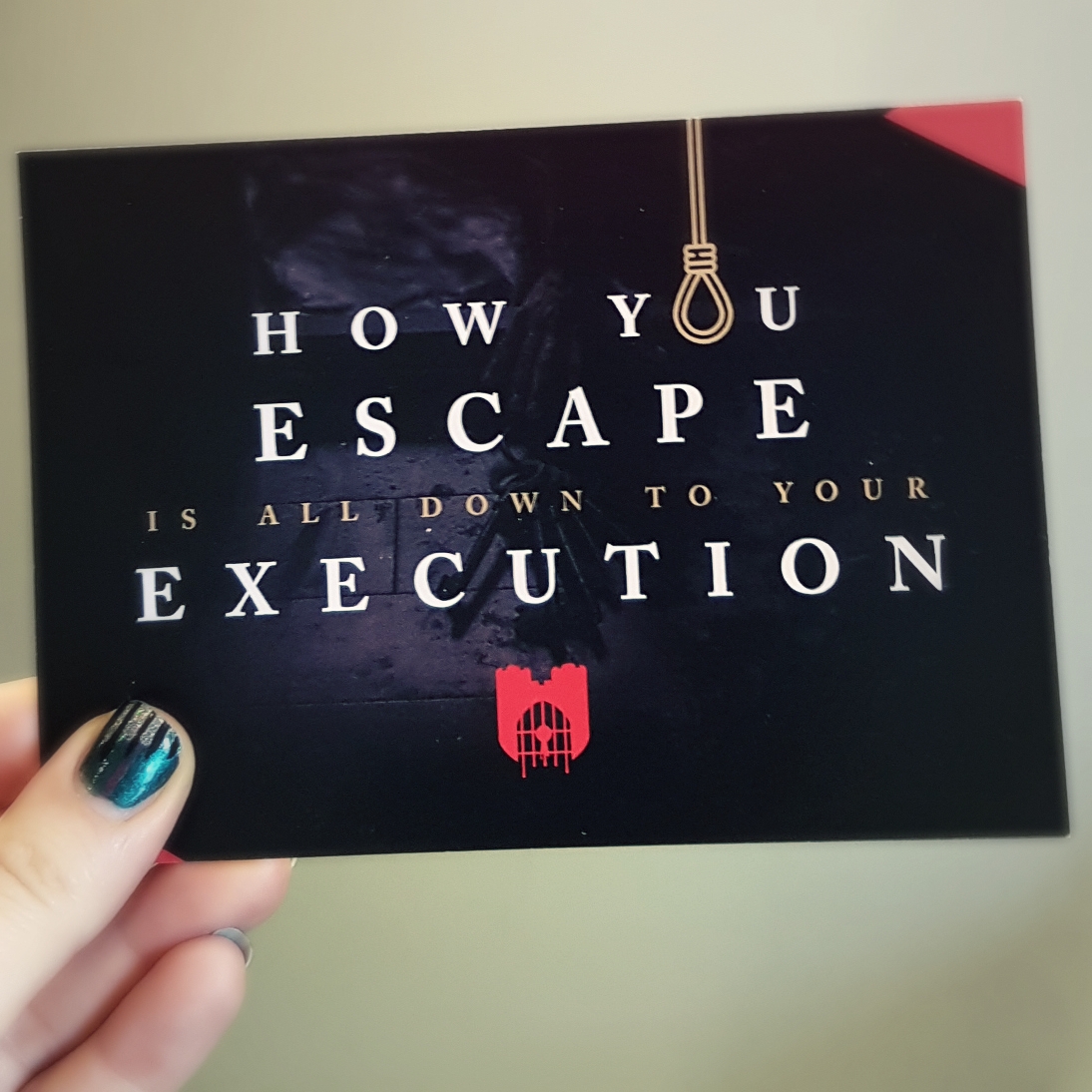 The second Canterbury escape room we tried was the Jail Escape from Canterbury Escape Room. This one is themed around a medieval jail cell that your team needs to break out of. To begin with, we were all shackled together with a long chain and shuffled into the first room to begin our quest. The first riddles were quite straight forward, but being shackled together while having to slither through a small gate in the door does complicate the matter.

In the second room, we quickly found the keys to free ourselves from the shakles and really get going on the riddles inside the room. This one does have a lot of actual riddles and combining items with other items to make them work. It reminded me a lot of point and click adventure games of the 90s, which was great.

Unfortunately it does have a limited amount of things to do at the same time, so some team members felt like there wasn’t enough for them to do. Most of us greatly enjoyed the skill tests and team challenges though.

All in all there are four rooms to get through and each of them has elements I haven’t seen in other games before, so there’s a lot of original content. The only downside I can thinj of is that there are quite a few tight spaces to crawl through, so this one’s definitely not an accessible room (while Escape Kent is fully accessible with no steps or stairs at all). As we had no accessibility needs in our team for this trip though, it was a great room for us and definitely poses a fun challenge and offers full immersion.

Especially the last two rooms offer fantastic challenges that were so much fun to tackle, though the third room is quite small and a team of three would probably do better here than our team of five.

We ended up beating the time record for the room, which is of course very exciting. I really liked this escape game and can absolutely recommend it for keen adventurers.