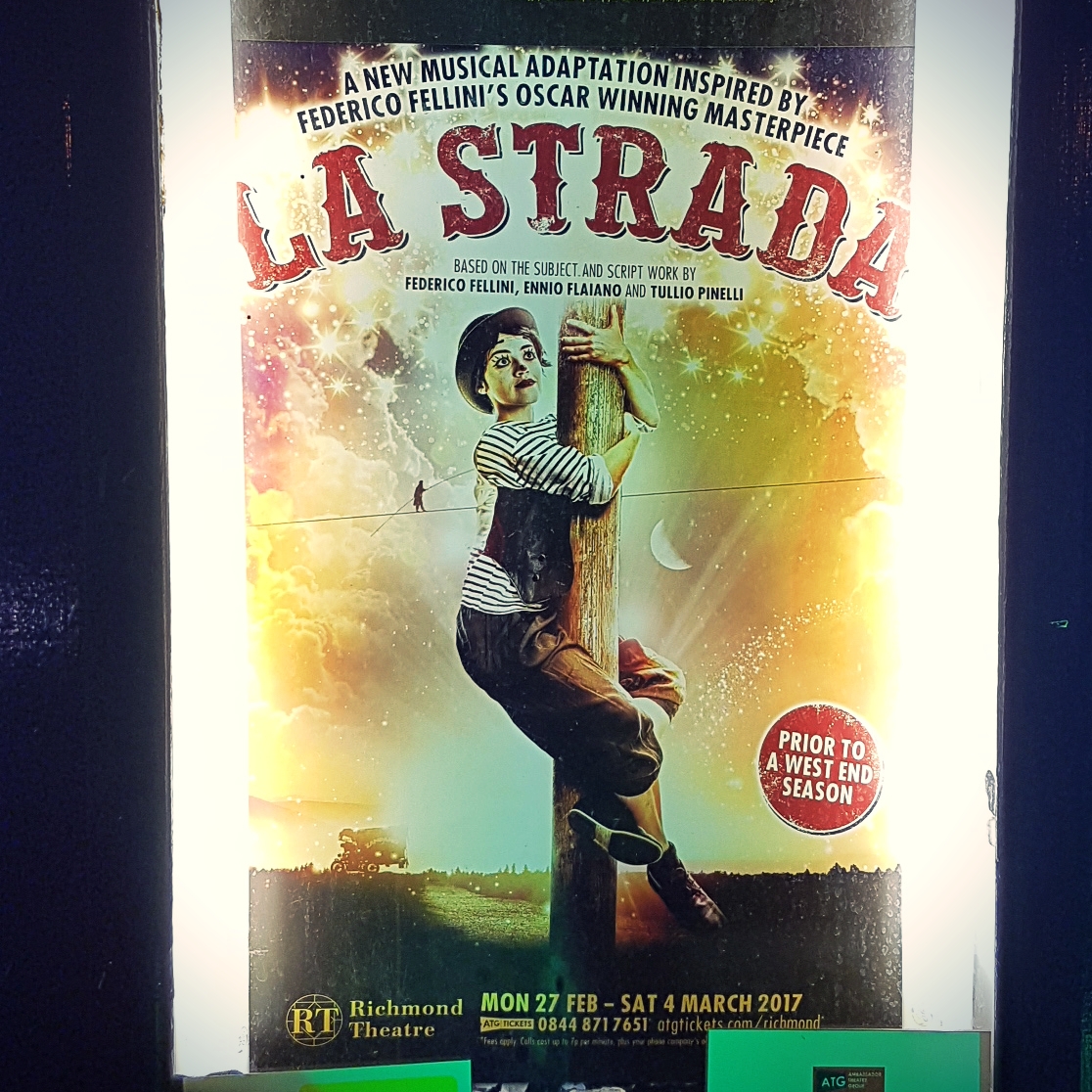 The Richmond Theatre was hosting a new musical production, La Strada, based on the 1954 Oscar winning film (which I admit I’ve never seen) and I got a chance to go and see it. The story revolves around young Gelsomina, who is sold by her impoverished mother to strong-man performer Zampano. The thespian travels along the Italian 40s-ish countryside, showcasing his ever-same act in town squares and drinking and whoring his pay away while abusing the naive, confused Gelsomina.

Despite the stage design being quite minimal, it’s charmingly simple and well used, filling the stage with an old-time carnival atmosphere.

As Gelsomina and Zampano’s story unfolds you can’t help feeling anger towards the brute and pity for the young girl unable to escape her captor. They happen to meet a traveling circus, which seems to be more of a sideshow type arrangement, filled with interesting, social people. They take the pair on but Zampano’s anti-social behaviour quickly leads to tensions.

The score and lyrics are fantastically magical and really suit the feel of the play, expertly performed by the actors and musicians. The sad story is beautifully told, gripping and emotional.